Meet Vitoria Bueno, a 16-year-old dancer whose genetic condition left her without arms.
Her physical disability didn't come in the way of her dreams.
Today, she is a social media sensation inspiring millions to dance their way into success. IMAGE: Vitoria Bueno warms up before performing with her team-mates from the Andrea Falsarella Ballet Academy, at the Inatel Theater in Santa Rita do Sapucai in Brazil.
'We are more than our disabilities, so we have to chase our dreams,' she shared in an interview.
Vitoria, 16, is from Minas Gerais in Brazil, and took up ballet on the advice of her physiotherapist.
All photographs: Ueslei Marcelino/Reuters IMAGE: Vitoria in her neighborhood in Santa Rita do Sapucai, Brazil.
Her talent has made her a social media star.
There was a time when people would stand outside her house out of curiosity.
'They would lift up her sleeves to look,' revealed her mother to Reuters. IMAGE: According to Vitoria, her 'arms are just a detail'.
She has mastered the art of dancing and performing her daily routine using her other limbs skillfully. IMAGE: She uses her feet to apply make up. IMAGE: When she dances, it is easy for Vitoria to forget that she doesn't have arms. IMAGE: According to her parents, there are things that Vitoria can do with her feet that they can't do with their hands. IMAGE: A role model for her followers on social media, Vitoria is teaching them how to find joy in small things. 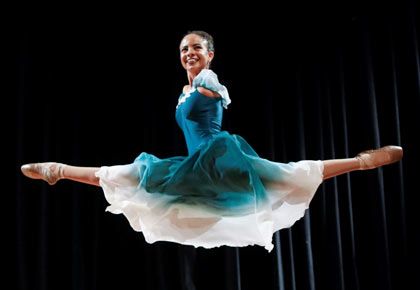 'People feel ballet is not our culture' 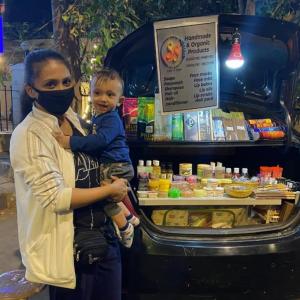 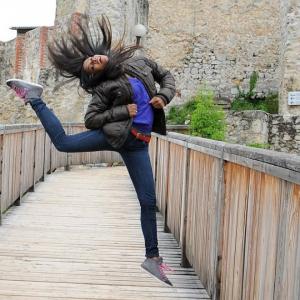