News
Business
Movies
Sports
Cricket
Get Ahead
Money Tips
Shopping
Sign in  |  Create a Rediffmail account
Rediff.com  » Getahead » 'The day I became CEO of Vimeo, I was only 33'

'I had never run a company before, but when I stood in front of the company, I was channeling my 14-year-old self and telling myself that remember what it felt like when you were there.' 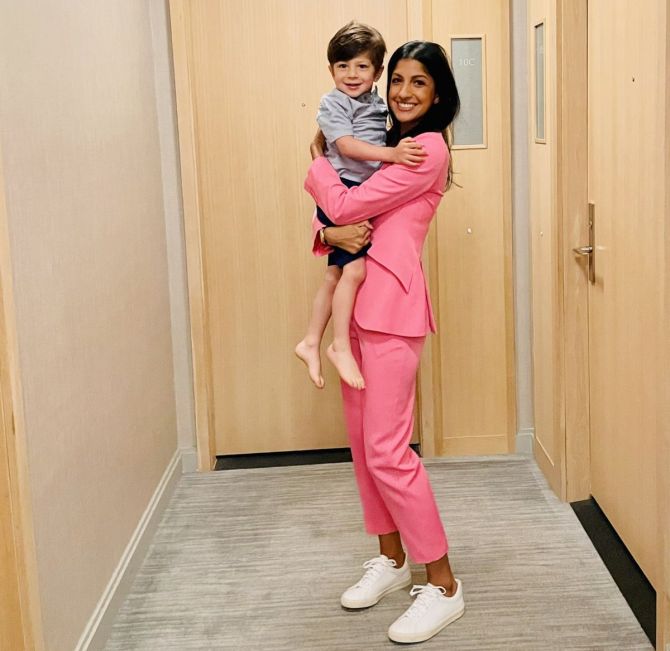 "My parents had immigrated from India to the US to pursue the American dream leaving their family and friends. It was like, we are giving you these opportunities and a good education to you Anjali, so do something with this privilege," Anjali Sud, the 37-year-old CEO of Vimeo, tells Rediff.com US Contributor Abhijit Masih in the concluding segment of a fascinating three-part interview.

How do you ensure that you have a work life balance?

Well, I do not strive for work-life balance.

I think the word balance implies that there are no trade-offs.

And in my experience, of course there are trade-offs.

I have been very happy and fulfilled as a mom, as a wife and as a daughter.

We put a lot of pressure on ourselves to do everything and I don't think that is realistic and we have to be able to prioritiSe.

For me, I would say that I know the things that I prioritiSe and a great example is -- sleep.

I need to get a good night's sleep even if it means less social time or have to put my laptop down.

I will make that trade off, cause I am much more happier and energized when I do that.

The other thing that we have all experienced from the pandemic is that we need more flexibility in how we work.

At Vimeo I don't think that the concept of a traditional 5 day week is going to exist in the future and that will be really powerful for anyone that is striving for a work-life balance.

Other than a good night's sleep, any other hobbies? Movies or music perhaps?

Well, I have a two-and-a-half-year-old son Saavan and I spend lots of time with him.

One of the things that we do together is that we have a little Bollywood dance party every weekend.

And he has a bunch of songs that he is obsessed with, but his favorite song right now is Jai Ho.

Also, every time I put on a Katrina Kaif music video he really starts jumping up and down and dancing.

So that's definitely one of the things that I love doing with him.

And I love doing it because dance music was such a big part of my upbringing and I have a strong affinity for that part of my culture and I want to pass that on to him.

So Saavan's love for Bollywood comes from the mother?

Indian American parents can be real slave drivers to their kids packing in multiple educational and learning activities in a day. How was it growing up in Flint, Michigan?

So, I was the oldest of three kids and both my parents were and even today work full time.

My parents had immigrated from India to the US to pursue the American dream leaving their family and friends.

It was like, we are giving you these opportunities and a good education to you Anjali, so do something with this privilege.

I definitely grew up with the work ethic and a strong desire to do something that will have an impact on the world.

But my parents were working long hours and had three kids, so I didn't get a lot of that.

They weren't checking in on my homework all the time or pushing me.

I was very independent at a young age.

I actually left home when I was fourteen to go to one of the best schools in the country.

That was a move that nobody in my town had done before.

People thought that my parents were crazy to send their fourteen year daughter away.

But I wanted the best education and since I was raised so independently, I felt comfortable putting myself out there. So since they were working so hard and not around much it helped me to get to where I am today.

And where did your parents come from in India?

They are Punjabis. A hundred percent Punjabi. It also why I love the ethnic stuff.

(Laughs, then sheepishly goes on to say) Probably kind of similar. I work a lot and I travel a lot.

Atleast pre-pandemic, I was getting on a plane pretty frequently, even after having my son.

My parents did bring us up really well.

They still love me unconditionally, they pushed me to be ambitious, gave me a lot of independence and they raised me to be fiercely proud of my heritage and culture and my Indian identity, which I am.

Those are all the things that I want to do as I raise my son.

I wouldn't really change much in my parenting.

I only hope that I can be as good a parent to Saavan as my parents were to me. From your experience studying in a boarding school, do you believe that boarding is necessary to gain essential life experiences like team work, collaborating with people with different backgrounds and cultures and leadership qualities? Did it help you?

I would say, that I don't think that an experience at a boarding school is essential.

I do think that it helped me, but it really depends on the environment and there are some people who might thrive in that environment.

I would say that boarding school was not easy for me.

I was coming from the public school system to one of the most rigorous academic curriculums of the world and it was really hard.

My first year as a freshman at fourteen, I probably pulled more all nighters than I had in all my life.

But I had to catch up and it was really hard.

What I got out of that experience, which did certainly help me and still helps me today is that I failed early which built resilience.

And then I got confident. By the time I graduated, I wasn't struggling in school and I had caught up.

The day I became CEO of Vimeo, I was only 33, I had never run a company before, but when I stood in front of the company, I literally remember that I was channeling my 14 year old self and telling myself that remember what it felt like when you were there.

So I think, I had a wonderful experience and I learned a lot, but I also believe that not one size fits all.

I am not set on my son going to boarding school or anything like that.

Music, entertainment, news and politics and films are the most popular categories in video content consumption. What will be your order of preference, personally?

I am film and entertainment first, for sure. Then music and then news and politics. politics is definitely last for me.

I tend to just read articles and get my news on politics from there.

Everything else, I love and enjoy. I grew up watching Indian movies and Hollywood movies.

I have ten different subscription of streaming services.

So I am definitely one of those people that my perfect night would be being in my sweat pants with a bowl of popcorn and watching some beautiful story told in a cinematic way.

Do you have a favorite band?

Oh God, that's a tough one. I have a lot of bands that I like.

I wouldn't say that I have a favorite band.

I have a pretty eclectic taste in music and I am also trying to get up to speed with the latest stuff.

I am very behind. As I am getting older I am not keeping up with what is happening right now but I have been trying to keep up.

On an average, a person is consuming 2 hours per day of video content, I am quoting you, what is your video consumption count for work and pleasure?

I am probably lesser than the average but not by choice.

If I had a choice, I would probably watch 3 hours of Netflix per night.

It's just that I don't have that much time, that's one of those trade offs.

I see a good amount of video content at work.

I mentioned the screen record video messaging tool and the Vimeo team use that tool all the time internally.

So I am always watching videos that people send me instead of a meeting, to explain an idea or introduce new hires.

I am actually probably unique that I consume more video at work than not at work. 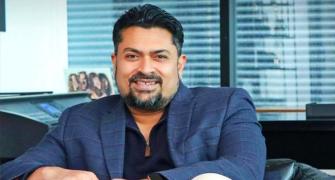 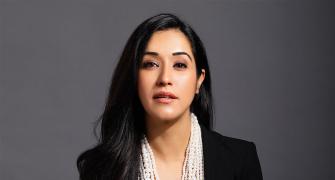 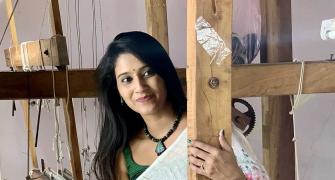 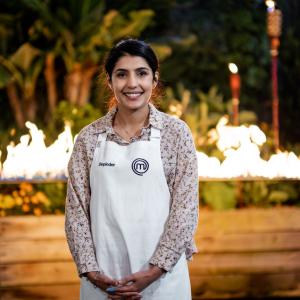 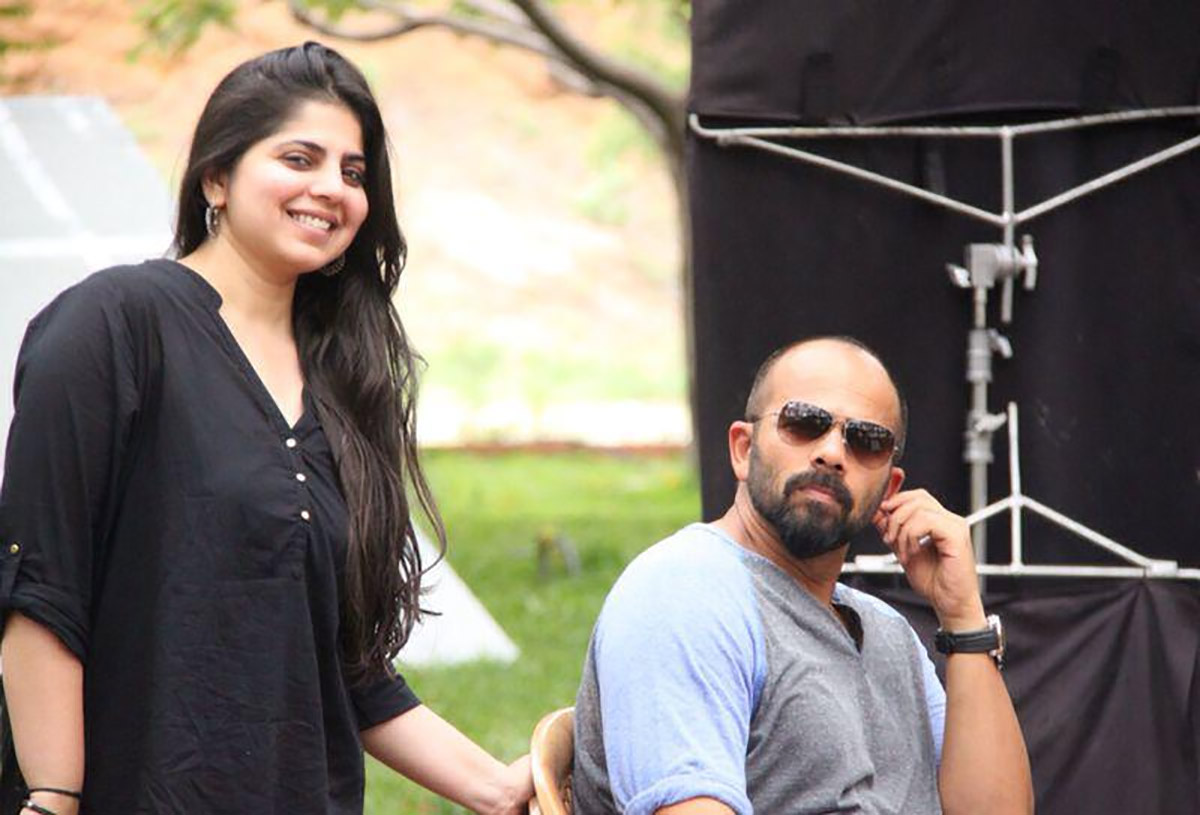 When you are Rohit Shetty's sister...