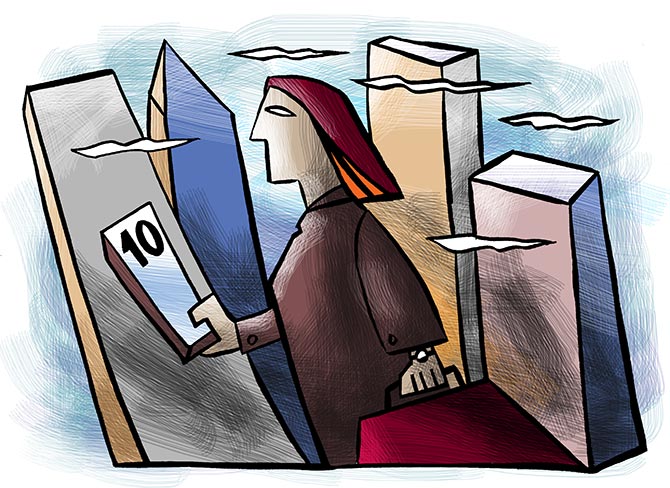 I have been mentoring women entrepreneurs with the Cherie Blair Foundation for Women in the United Kingdom for over four years now.

During the course, I have enjoyed the privilege of working with women entrepreneurs across three continents, mostly in developing countries similar to India.

From grocery stores and manufacturing, to non-profits and leadership development consulting, the enterprises founded by these women have been as diverse as their backgrounds.

The most admirable aspect uniting these women, besides their efforts to make the world a better place, has been that they have all been not only entrepreneurs but also homemakers.

The other amazing part of this journey has been that I have ended up learning from them as much as I hope they might have from me.

Now, as I look to move back to India, I hope to share some lessons (conveniently ordered to provide a mnemonic!) I have learnt. Lessons that I believe are more relevant to women either considering embarking on entrepreneurial journeys or struggling to scale their ventures.

To those who have already 'made it', I implore you to join the conversation so that we may all learn.

Meanwhile, here are my top 10 lessons:

An entrepreneur has many wars to wage and battles to win.

Don’t let the fight for gender equality weigh you down. Know that you’re equal and you will be.

If you’re looking for inspiration, do view Amy Cuddy’s TED talk on 'Fake it Till You Make It'. Don’t let the title fool you!

As long as you have educated opinions on your vision and the path to get there, be assertive about expressing them.

After all, research unequivocally points to a negative correlation between women’s agreeableness and their income-generating capacity.

This is important, especially when it comes to strategic priorities.

In spite of its potential gender-neutrality, it deserves special mention because I see so many entrepreneurs and managers struggling with prioritising for optimal impact.

Hopefully, you have a good and trustworthy team to rely upon but remember, as a founder, the levers are in your hands.

Women typically score higher than men on many facets of conscientiousness, such as order, dutifulness and self-discipline.

In a time fraught with corruption-related scandals, sustainable differentiation can be achieved by setting high standards of morality and social responsibility.

Besides, what is the point of cutting corners only to be painted into one later?

It is my belief, therefore, that women could channel this innateness for competitive advantage both in operations as well as in their marketing. In short, you’ve got it, so flaunt it!

Contrary to what some might believe, diplomacy is not analogous to weakness.

I'm not commenting on whether women are better or worse than men, but isn’t it possible that notions of gender roles in our culture might make 'killing with diplomacy' easier for women?

In my experience, the best sales people are very empathic.

Think about it -- a good sales person knows how to make something appealing to someone, enough for that person to want to pay for it. Granted that this might apply in a B2B context, but aren’t we all selling something to someone most of the time anyway?

Once again, use your innateness, but be wary of its flip side.

Showing your true empathic colours might let others believe they can take advantage, and they will most likely try.

Have fun with them.

Well, not really. What I mean is that you must learn to take risks.

Entrepreneurship is synonymous with risk-taking.

If you have the gall to start something, it is more than likely that you are good enough to get a job. So, if you’re taking that chance of foregoing a guaranteed income, then you might as well go the whole hog.

Well, what about testosterone? Great question! The relationship between the hormone and proclivity for risk might not necessarily be a good thing. But your knowledge of this fact is.

Like someone wise said, 'knowing the problem is half the battle won!'

Remind and train yourself to take risks, but use your disinclination for them to take calculated ones.

And as part of such learning, you’ll have to get used to feedback -- both giving and receiving it from men as well as from women.

As a general rule, the more rational you can keep such conversations and the more objective you can be about them, the better the outcome will be.

There might, however, be an exception to this rule. When it comes to inspiring and motivating your troops, I think it’s okay to wear your heart on your sleeve.

Don’t let specialists make you believe that disciplines like accounting, legal and technology are solely their domain.

These are an integral part of an entrepreneur’s toolkit and if you feel alone or confused, you always have a friend in Google. So Google away, take classes, become a nerd and put them mansplainers in their place!

No, no, no! This is not about striking a balance between your entrepreneurial and familial avatars.

Instead, first and foremost, it’s about knowing thyself and how much of each avatar inspires and motivates you.

Second, it’s about thinking through all that you want at home such that your needs from the base of Maslow’s pyramid (which places the most basic needs at the bottom) are well taken care of.

Last but not the least, you have every right to expect that your family chips in to create a cooperative, friendly and cheerful environment at home.

Which brings me to an almost invisible evil that you must safeguard yourself against -- that of others’s insecurities.

I call them evil because of their very nature -- they lurk beneath the surface, have an immeasurable adverse impact, can fester for prolonged periods and quite often will turn ugly when they do eventually manifest.

You must watch out for these and nip them in the bud as calmly, confidently, positively and rationally as possible. The caveat being that you might find yourself at junctures when it might be time to go back to the top of the list!

While there will always be a lot to do as an entrepreneur, here’s one bonus thought on what not to do.

Don’t apologise. Unnecessarily that is.

Cuss if you must.

Wear what you want.

Have that extra drink if you’d like. But don’t apologise for being you.

Neel Mullick, author of Dark Blossoms, published by Rupa Publications India, mentors women entrepreneurs through the Cherie Blair Foundation for Women (UK), is involved in raising a generation of digital and socially aware leaders with the Steering for Greatness Foundation (Nigeria) and supports improvement in the quality of life of domestic workers at Emprendedoras del Hogar (Peru). 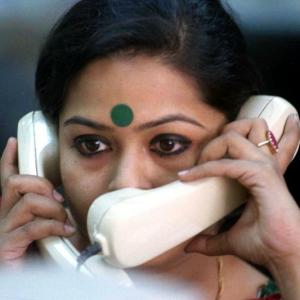