10 reasons why you can't conceive

Too much exercise and eating disorders are some of the underlying factors that may affect fertility in women, says gynecologist Dr Archana Dhawan Bajaj. Most women believe that it's a gift to become a mother and give life to someone.

However, some women are deprived of this gift and are unable to conceive despite repeated efforts.

Infertility is a condition in which the ability to get pregnant and give birth to a child is impaired or limited in some way.

At times, it is a combination of male and female factors or sometimes there’s no known reason for infertility – this is called unexplained infertility.

Globally, infertility is a serious health issue affecting approximately 8 to 10% of couples.

Every year around 60 to 80 million couples are affected with infertility worldwide of which probably between 15 and 20 million (25%) are in India alone.

One in every four couples in developing countries is affected by infertility says a report by the World Health Organization (WHO).

While women may carry the pregnancy, it takes two to tango.

The process of forming and releasing an egg is called ovulation and with ageing, this process becomes slower and less effective.

Fertility begins to get affected in women as early as age 30 and after age 44, pregnancy rates are very low. This is true even with the use of fertility medications.

Male infertility on the other hand rarely has symptoms that are observable without a semen analysis.

Male infertility plays a crucial role and we need to understand its causes in addition to the causes of infertility in women.

While we need to delve deeper to ascertain the actual cause of infertility, here, we have listed the ten most common causes to understand the condition better:

Production or function of sperm gets affected due to undescended testicles, genetic defects, health problems such as diabetes, or infections like gonorrhoea, mumps, chlamydia or HIV. The quality of sperm is also affected due to enlarged veins in the testes.

At times, there is a problem with the delivery of sperm which could be a result of premature ejaculation, certain genetic diseases such as cystic fibrosis, damage or injury to the reproductive organs or it could be due to structural problems such as a blockage in the testicle.

Environmental factors such as overexposure to pesticides, chemicals and radiation can affect fertility.

Some other factors such as frequent exposure to heat, as in saunas or hot tubs, can raise body temperature and may affect sperm production.

Disorders in ovulation affect the release of eggs which include hormonal disorders such as polycystic ovary syndrome.

While prolactin hormone stimulates breast milk production, too much of this hormone (hyperprolactinemia) may interfere with ovulation.

Too much exercise, eating disorders or tumors are some of the other underlying factors that may affect fertility in women.

Abnormalities with the cervix, polyps in the uterus or the shape of the uterus are also one of the causes of infertility.

Others being noncancerous (benign) tumors in the uterine wall (uterine fibroids) which may block the fallopian tubes or stop a fertilised egg from implanting in the uterus.

6. Damage of the fallopian tube

The pelvic inflammatory disease usually caused by a sexually transmitted infection, endometriosis or adhesions can result in fallopian tube blockage or damage.

Endometriosis is a condition where the endometrial tissue grows outside of the uterus and it may affect the function of the ovaries, uterus and fallopian tubes.

While the exact cause of early menopause is often unknown, certain factors are associated including immune system diseases, certain genetic conditions such as Turner syndrome or carriers of Fragile X syndrome, and radiation or chemotherapy treatment.

Certain other conditions such as pelvic infection, appendicitis or abdominal or pelvic surgery and endometriosis form bands of scar tissue (pelvic adhesions) that bind organs and could be a cause of infertility.

Cancer and its treatment including radiation or chemotherapy can impair sperm production and also affect female fertility.

In particular, certain reproductive cancers are known to affect fertility in women.

Lifestyle influences triggered by age can play a crucial role in females as they are born with a fixed number of eggs in their ovaries and these eggs are continually lost through menstruation until the woman reaches menopause.

Additionally, overall health can greatly affect a woman’s fertility. For example, some studies suggest that smoking may contribute to infertility and others indicate that the function of the fallopian tubes may be impaired in smokers.

Female hormones and the health of a woman’s eggs are greatly affected with exposure to toxins.

Certain jobs, for example, dental assistants result in exposure to high levels of nitrous oxide and industrial workers get exposed to drugs and chemicals during manufacturing processes.

Hairstylists and agricultural workers are some other careers that may lead to reduced fertility due to toxic exposure. 'I couldn't conceive after 5 yrs of marriage' 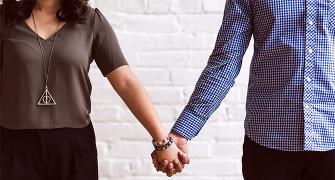 Want to delay your pregnancy? Here's what you can do Having a baby post 35? These tips will come handy