News
Business
Movies
Sports
Cricket
Get Ahead
Money Tips
Shopping
Sign in  |  Create a Rediffmail account
Rediff.com  » Getahead » Just imagine if we save time railing at others on FB...

Just imagine if we save time railing at others on FB... 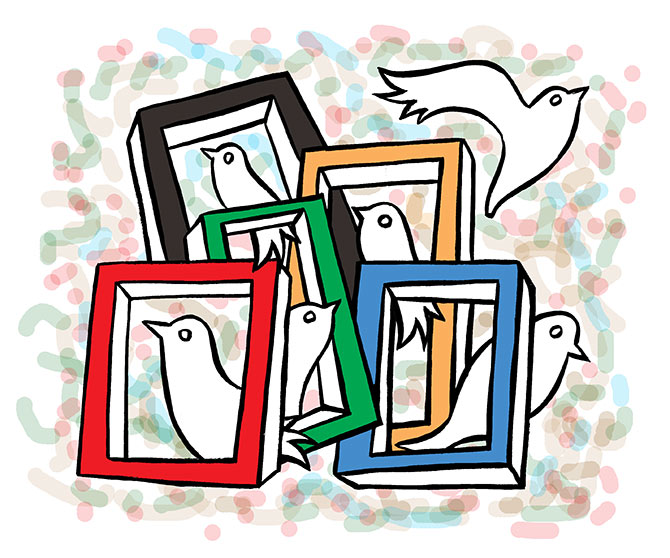 '...and instead do 20 minutes for someone else for a week, what an impact that will be...' says Maharaj Damodardas.
Illutstation: Uttam Ghosh/Rediff.com

For some time now, I have been a little weary of where our political views and opinions are headed.

First, there is this overbearing move to either the extreme left or the right, which as you can see is not a healthy phenomenon. The centre is no longer appreciated.

Second, increasingly our opinions are being framed as a result of economic distortions, which have not been handled well, especially in the West.

Finally, law and order and justice are letting us down. Remember, the current set-up would have been accepted at an earlier age, but not now.

Look at how long our courts take to deliver justice. All these are impacting the nature of governance we choose for ourselves.

So, where do we head from here?

I, despite my occasional bouts of negativity, am still a firm believer in democracy. It will have its cycles, like economies have theirs. The upswing, however, depends on a couple of factors.

First, we must reach out to the other side, whichever side that may be.

When I was in Delhi doing research, I got introduced to the snooty intellectual club. While they claimed they were liberal, it was the exclusivity of that club that repelled me.

You could see politicians, bureaucrats, rich people, and socialites. That itself is a feudal setup, which needs to be broken if we have to blur if not extinguish the lines of divide across society -- religious, social, and political.

How can we otherwise have a meritocracy and not hide behind the walls of caste and family?

If we are the ones creating dividing lines, how do we convince others that lines don't matter?

Second, while we have been doing a lot of debates between top-down and bottom-up approaches, the truth is that there is evidence of both working at different levels of social and economic policy.

I think we should be more nimble in our approaches to society, politics, economics, and the environment. Needless to say, to make it happen, we should involve the younger generation while reforming the bureaucracy big time.

Third, somewhere along the way, we lost our touch for enforcing secular democracy. The Shah Bano case, according to me, was a big disaster. That left the road to appeasement of all hardliners.

I would, in a way, go back to the teachings of history. Maybe a bit of Machiavelli and a little to the great king Saladin, he who did not listen to holy men for wars and hence, won Jerusalem.

Finally, I think -- and you may consider this silly -- we should focus a bit more every day as individuals on the positive facets of life, away from all the vitriol.

Look at it this way. If I am working, I will have a boss and there is no use arguing with him every day. To his credit, he has done a lot of good. So, a thank you here and there helps.

Similarly, one small effort from each one of us makes a difference.

Trying to keep our surroundings clean, doing something for the environment a bit, helping the ladies who come to our houses to cook, something like that.

I think that gives us a bit of happiness and may do a little bit to others.

Just imagine if we save time railing at others on FB and instead do 20 minutes for someone else for a week, what an impact that will be.

I guess, I am a dreamer. And I hope I am not the only one. 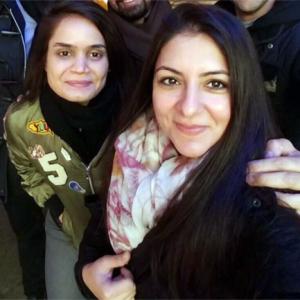