I tried to reason in my mind that wouldn't beating Pakistan again and again -- in the league matches and in the knockouts if they made it -- be a better tribute to our martyred soldiers?
A revealing excerpt from Vinod Rai's Not Just A Nightwatchman: My Innings In The BCCI. 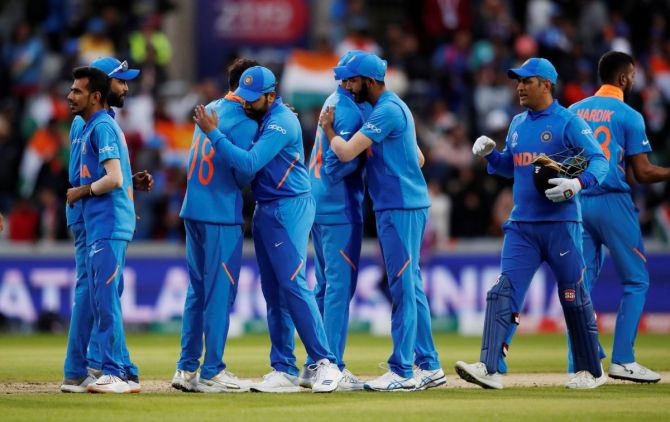 IMAGE: Indian players celebrate after winning the game against Pakistan during the ICC Cricket World Cup at Emirates Old Trafford.
Vinod Rai was head of the Committee of Administrators (CoA) appointed by the Supreme Court in January 2017 to supervise the Board of Control for Cricket in India. Photograph: Andrew Boyers/Reuters

Early on in my innings, I had to deal with the controversy surrounding the participation of the team in the ICC Champions Trophy 2017. Little did I realise then that there would be many more such controversies that would keep my colleague and me on our toes.

Of these, the issue that led to rising tempers and sharp reactions from certain quarters was our response to the Pulwama attack, and the contentious question: Should India boycott Pakistan in the 2019 World Cup?

As luck would have it, the draw for the World Cup matches was announced on 20 February, and as per that draw, India was scheduled to play Pakistan on 16 June.

As soon as the draw was announced, the BCCI became the favourite whipping boy. Every channel was decrying the BCCI, screaming that it was putting its revenue interests before the nation. The BCCI was being termed unpatriotic and 'unfeeling' towards the Pulwama martyrs. This was despite the fact that at the height of the tensions during the Kargil War, in 1999, that year's World Cup had seen the traditional rivals clash and India emerge a winner. 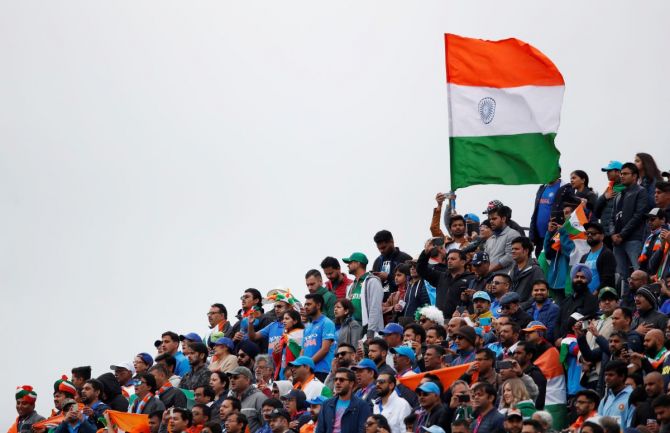 IMAGE: Indian fans were out in large numbers to support the Indian team during the game. Photograph: Andrew Boyers/Reuters

Soon, the country began witnessing widespread protests in any manner that an individual or institution could register protest. Understandably, people had worked themselves into a frenzy and BCCI bashing was rampant. The Cricket Centre, a part of the Wankhede Stadium, housing the BCCI office, had to pull down all the photos of Pakistani players in the photo gallery.

The Cricket Club of India, housed in the Brabourne stadium, took particular care to remove the photo of former Pakistan captain and present prime minister, Imran Khan. For days, there was a collection of media crew wanting to go into the office and satisfy themselves and their viewing public, that we did not have any photo or memorabilia which could even remotely be associated with Pakistan.

State associations had also followed suit. The stadium in Mohali, Punjab, a state on the western border of India and sharing a border with Pakistan, pulled down all photos of matches with Pakistan. These gestures were the result of mass outrage and anger across the country.

By 22 February, this outrage had reached my doorstep. Very early that morning, I opened my front door to leave for a game of tennis. Imagine my shock when I saw a TV reporter with a mike and camera ready on the landing. He was pleading that I must give him a byte on the 'raging controversy' (as he referred to it) or else his editor would not let him enter the office!

The startling fact was that this was four months before the Word Cup was scheduled to start. There was enough time to take an informed decision after wide consultation with all stakeholders, particularly the government. However, the media had called upon the CoA to take a view and take it fast. Not only take it fast but make it known, too.

The attack had indeed been dastardly. Those in power in the corridors of the government must have been debating the best course of action to repulse such an act. However, as far as the BCCI was concerned, one of the questions being asked was should we give Pakistan a walk over when we come up against them in the league matches.

One of our most successful off-spinner, Harbhajan Singh, speaking to a channel, said: 'Country comes first... Cricket or hockey or any sport, it should be kept aside as this is a huge thing and repeatedly our soldiers are killed. We should stand with our country. Cricket or hockey or any sport, we don't need to play with them.' He certainly had a valid view which needed to be factored in. 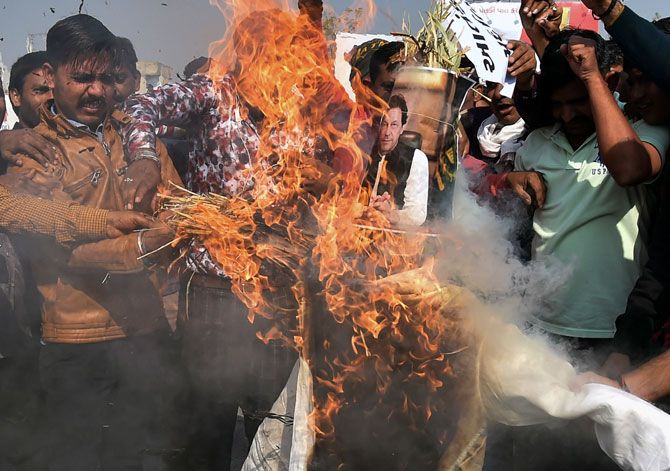 IMAGE: People burn an effigy of Imran Khan in Ahmedabad during a protest against the Pulwama terror attack. Photograph: PTI

On the other hand, there was a huge groundswell of opinion aghast at the mere possibility of an India-Pakistan match not happening. Such matches bring out the best in the two teams and keep spectators at their expectant best; it draws huge crowds and are eagerly awaited. However, in the cacophony that was unfolding, sane voices stayed mum and below the radar. Two of our most famous cricketers and legends of the game, Sachin Tendulkar and Kapil Dev, both lent their voices in support of India not forfeiting the match.

However, such was the frenzy in those times that even Tendulkar, who is revered as the God of Indian cricket, was trolled for voicing his opinion in favour of playing. Arnab Goswami of Republic TV insinuated that people who held Tendulkar's view were 'anti-national'. 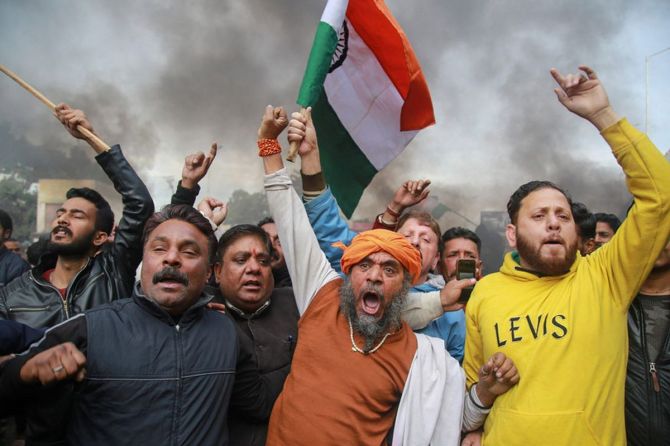 IMAGE: A protest against the attack at Pulwama. Photograph: PTI Photo

The issue that deserved consideration was not the points in the league games but the fact that boycotting Pakistan in the qualifiers could cost us the cup. In the past, there had been instances when certain teams, for valid reasons, had decided to walk away from playing, such as in the 1996 series in Sri Lanka, Australia and West Indies had decided not to participate, citing security reasons as Colombo had just suffered a major blast. The teams had had the support of their respective governments, but in accordance with ICC rules, points were awarded to the Sri Lankan team. Similarly, in 2003, England had refused to travel to Zimbabwe citing security reasons and lost points.

So, if India was to give Pakistan a walk over in the Manchester game, we would lose points in the league table. This was not very critical as we could still reach the play-off stage; however, could we afford to boycott playing Pakistan if we came up against them in the semi-final or final, if Pakistan were to reach that stage? That would mean forgoing the cup. India was a team largely fancied to be a strong contender for the championship, so why forego the opportunity? The team had also prepared so single-mindedly for the tournament, a boycott was like shooting ourselves in the foot.

Government policy in this context had been clear: not to play in bilateral tournaments in either of the countries. Past precedence was that we had played Pakistan on neutral ground in a multilateral tournament when military hostilities of a far more direct kind had been on. It was being pointed out that the stand taken by the Indian government in this regard, after 26/11 in Mumbai, has always been that India cannot host or travel to Pakistan for any bilateral series. However, the Pakistan team was allowed to come to India in 2016 to play the World T20. In fact, India had beaten Pakistan in the Asia Cup in 2018 in Dubai. 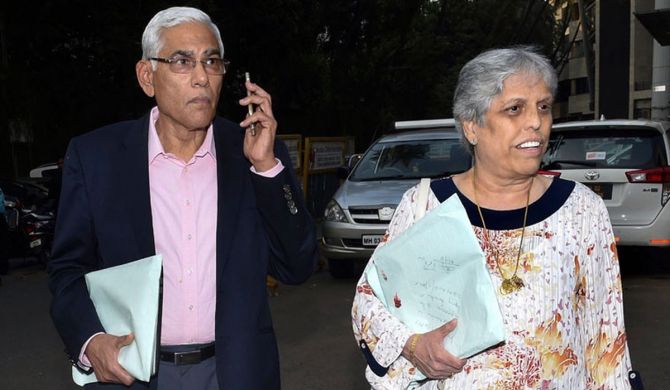 In such issues involving huge political ramifications, the BCCI has always been guided by government policy. I spoke to Rajyavardhan Singh Rathore, the then sports minister. He was very forthcoming and cooperative. He reiterated the government position not to play against Pakistan in bilateral tournaments in each other's countries, but that we do play them in multilateral tournaments.

I tried to reason in my mind that wouldn't beating Pakistan again and again -- in the league matches and in the knockouts if they made it -- be a better tribute to our martyred soldiers? The economic consequences were nowhere in the CoA's scheme of things; we could afford to lose some money in order keep our pride and showcase our patriotism.

We certainly had a dilemma on our hands. The options, in my mind at least, were very clear, but there was a whole bunch of people with opinions who also had to be satisfied. This was the mindset with which we had a meeting of the CoA on 22 February. All the issues were hashed out in detail -- all possible scenarios were considered.

It was finally decided that since the stand of the government on terror attacks originating from Pakistan was to isolate it in all international forums, we should attempt the same. We needed to build opinion in the ICC to sever ties with countries from where terrorism originates.

The Indian representatives would flag security concerns for teams and officials during the tournament. It was also decided to seek the guidance of the government on the issue.

There were, however, disparate opinions that the BCCI leaving it to the government was not adequate and it should have taken a decision to boycott the game.

In this meeting, the CoA also decided that they would not hold the customary opening ceremony for the IPL as a mark of respect to the martyrs. The amount budgeted for the opening ceremony -- Rs 20 crore -- would be made available to our martyrs' families. 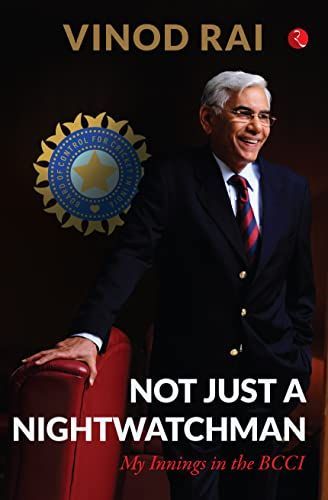 Meanwhile, the CoA formally wrote to the Indian government seeking guidance on what course we needed to adopt. However, if past experience had taught us anything, it was that such letters do not evoke any response, and that is exactly what happened.

The reply notwithstanding, it is not for nothing that it is said that public memory is short. Time passed. February turned to March and on to April and May. Over these months, opinions voiced earlier were forgotten. Tempers cooled. Patriotism switched gears and was displayed on other issues.

Excerpted from Not Just A Nightwatchman: My Innings In The BCCI by Vinod Rai, with the kind permission of the publishers, Rupa Publications India. 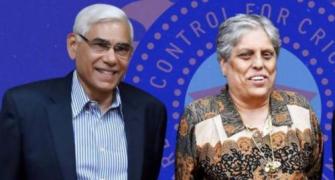 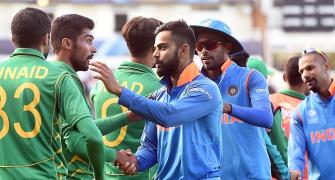 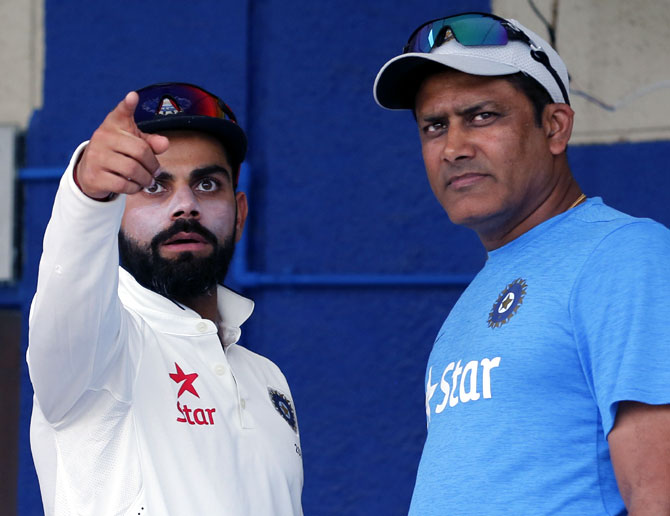 'Kumble felt he was unfairly treated' 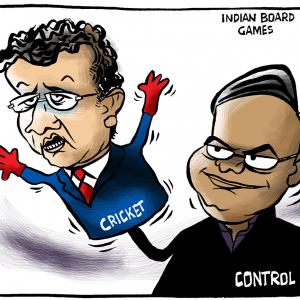