It's never a dull day when we have children around and it's no different at the Indian Premier League.

While cricketers keep busy on field with their skills, their kids make lensmen go clickity-click as they cheer on their dads from the stands and even join them in their celebrations.

We bring you some adorable pictures of the tots having a good time, adding a lot of cheer to the tournament.

IMAGE: Mumbai Indians Captain Rohit Sharma plays with his daughter Samaira as his wife Ritika Sajdeh joins in the fun after Mumbai Indians beat Kolkata Knight Riders at the Wankhede Stadium in Mumbai, May 5. Photograph: BCCI 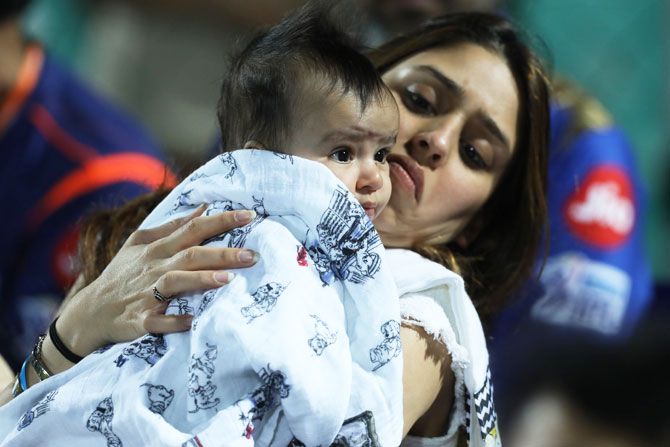 IMAGE: Rohit Sharma's family has a good time in the stands during the IPL match between the Mumbai Indians and the Rajasthan Royals in Jaipur on April 20. Photograph: BCCI

IMAGE: Shane Watson's son William gives him the thumbs up after his match-winning knock of 96 against the Sunrisers Hyderabad in Chennai on April 23. Photograph: BCCI

IMAGE: David Warner's daughters Ivy Mae and Indi Rae watch their dad from the stands before they join him at the presentation ceremony after the IPL match against Delhi Capitals on April 14. Photograph: BCCI

WATCH: David Warner cheered on by his daughter Ivy Mae before the game against the Chennai Super Kings on April 17. Video: Kind courtesy, IPL/Twitter

IMAGE: Shikhar Dhawan with his son Zoravar after the match against Sunrisers Hyderabad on April 14. Photograph: BCCI

IMAGE: It's a full house as kids and wives are seen in the stands during an IPL match on April 6. 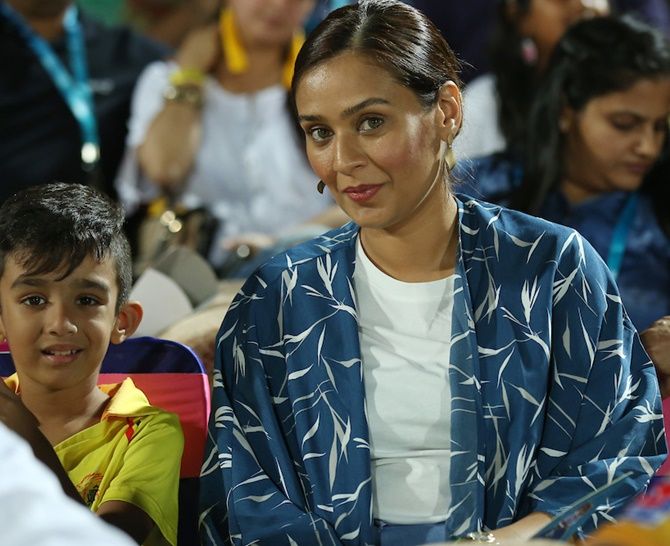 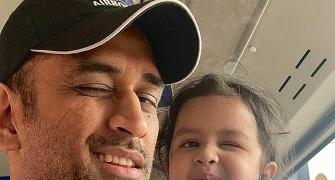 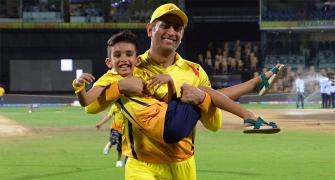 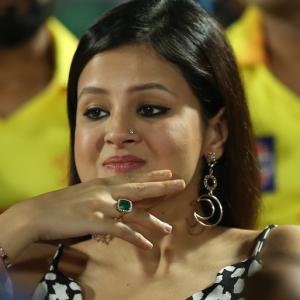