Rajneesh Gupta brings you all the numbers from the first 8 games in IPL-12. IMAGE: Andre Russell, right, smashed a 19-ball 49 to set up the win for KKR against Sunrisers Hyderabad in the second game in IPL 12. Photograph: IPL/Twitter 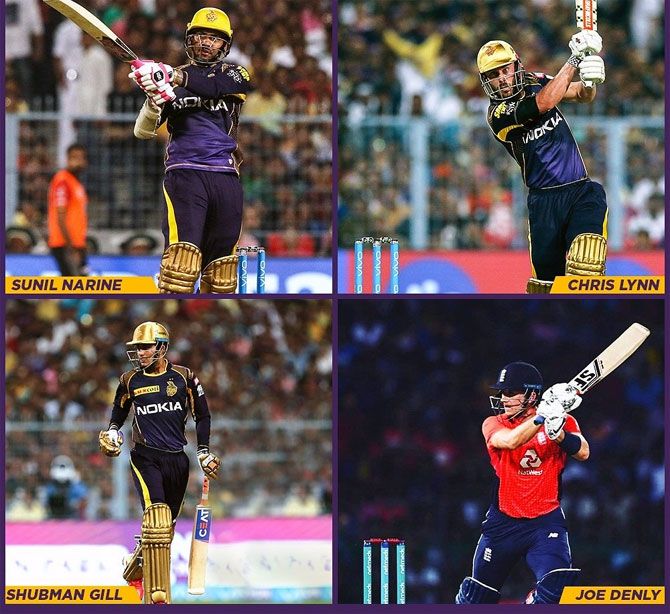 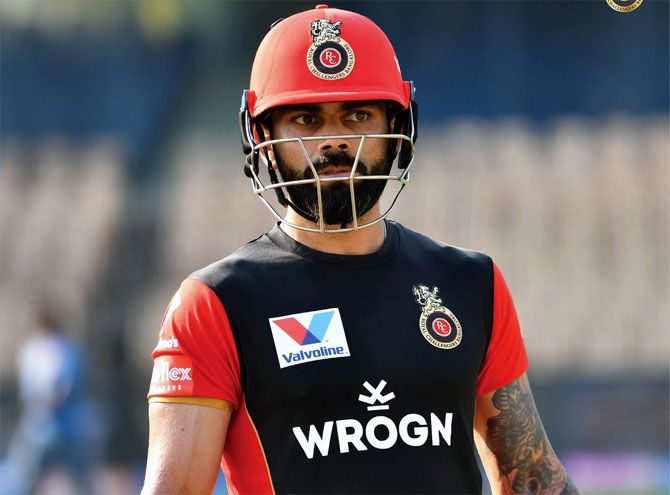 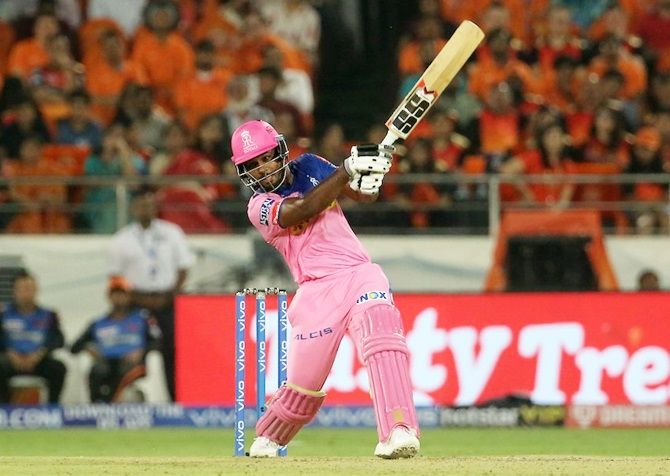 IMAGE: David Warner set the platform for Sunrisers Hyderabad with a breezy 69 off 37 balls against the Rajasthan Royals in the 8th game in IPL 12, March 29, 2019. Photograph: IPL/Twitter

IMAGE: Rishabh Pant gets inventive during his blazing 78 not out off 27 deliveries against the Mumbai Indians, March 24, 2019. Photograph: Kind courtesy, IPL/Twitter

IMAGE: Yuzvendra Chahal reacts after being hit by Yuvraj Singh for three successive sixes, then getting the batsman out. All expressed in one frame. Photograph: IPL/Twitter

All numbers are updated up to and including Game 8: Sunrisers Hyderabad vs Rajasthan Royals 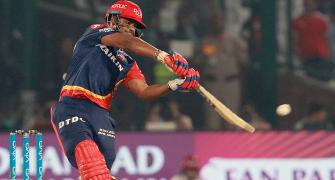