IMAGE: Captain Virat Kohli and his team-mates on day one of the Second Test against New Zealand at the Hagley Oval in Christchurch, February 29, 2020. Photograph: Kai Schwoerer/Getty Images

For a long time, there had been attempts to bring additional context to Test cricket beyond the result of individual series.

Other than a few riveting rivalries-- that bring the best of the emotions from fans across the globe -- Test cricket has struggled to find a context over the years.

It's not that no attempts were made to find the champion side in Test cricket.

ICC Test rankings are in place for years and do exactly that.

After every Test series, the two teams involved receive points based on a mathematical formula involving both teams' previous rating and the result of the series.

Each team's points total from matches over the last few years is divided by a figure based on their total number of matches and series played, to give a 'rating'.

The ratings undergo an annual update that eliminate results more than three years old, to make the ratings more 'current' and disallow teams the advantage of past results.

From 2003 to 2019, the mace was transferred whenever a new team moved to the top of the rating list.

The team that was top of the ratings table on April 1 each year also won a cash prize.

Still, this system of deciding the number one Test side did not cut much ice with many cricket pundits and the fans across the globe as it's still just based on a rolling table, something not everybody could connect with, despite all the awareness and promotion from the ICC.

The idea of a World Test Championship was first mooted in 2009 when the ICC met the MCC to discuss the subject.

New Zealand's Martin Crowe was one of the main brains behind this proposal.

After moving back and forth and dealing with a lot of things, the ICC decided that the inaugural competition would be held in 2013 replacing the Champions Trophy.

However, these plans were abandoned and it was rescheduled for June 2017, with the second Test Championship scheduled in 2021.

However, in 2014 the 2017 World Test Championship was cancelled and the 2017 Champions Trophy was reinstated.

In October 2017 it was decided by the ICC that the first Test championship comprising the game's top-nine teams would begin at the conclusion of the 2019 World Cup.

The idea was to have a Test 'winner' every two years creating something else to play for outside of the series result.

It was also hoped that it would increase interest in all series within the WTC, regardless of who is playing, because it can have a knock-on effect on other team's chances of reaching the final.

This was also in line with the ICC's goal of having a pinnacle tournament for each of the three formats of international cricket. The ICC World Test Championship (got underway on August 1, 2019.

It was decided that each competing country would play in six series over that time, three at home and three away, with all series being of a minimum two matches duration but able to be expanded to as many as five to cater for encounters such as the Ashes.

The top nine ranked teams on the ICC Test team rankings as on 31 March 2018 qualified for the WTC.

Each team played only six of the eight possible opponents.

All the series were mutually agreed between the two nations involved.

There were also the series played outside the WTC which was part of the Future Tours Programme, but not the Championship.

The total number of matches scheduled for each team, and the two countries that each side were not scheduled to face in this tournament, were as follows.

The pandemic severely affected the schedule, resulting in some series to be postponed or cancelled.

This resulted in the actual number of Tests played by each side being reduced from what was actually planned. The following series were affected:

For every series under the WTC, there are 120 points available, distributed evenly over the number of Tests in the series.

So, for example, in the Ashes, which is a five-match series, there will be 24 points for each win.

Under the original rules, teams were ranked first by points.

If two teams were tied on points, the team that won more series was ranked higher.

If teams were still equal, the runs per wicket ratio was used.

This ranking system was amended in November 2020 due to the COVID-19 pandemic causing some series to be cancelled, meaning not all teams would compete for the same number of points.

Australia were deducted four points over slow over-rate in the second Test versus India.

South Africa were deducted six points over slow over-rate in the fourth Test versus England. 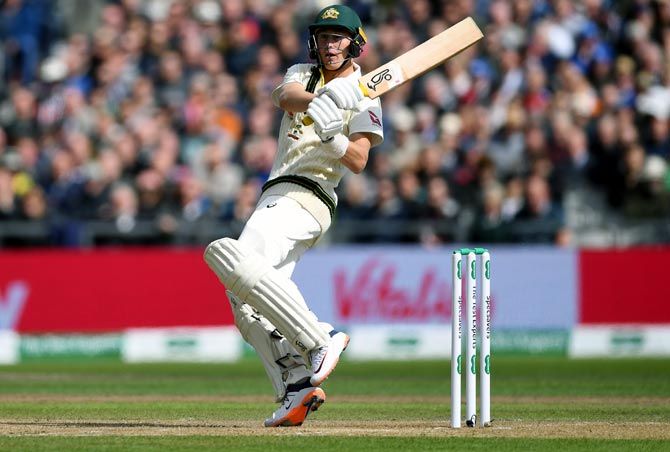 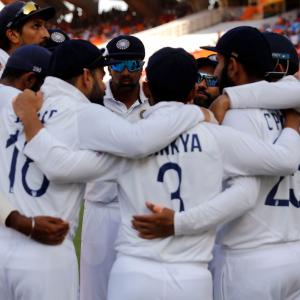 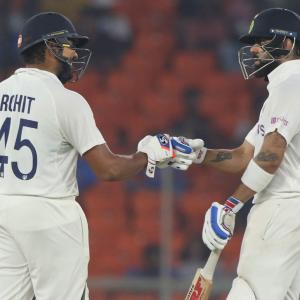