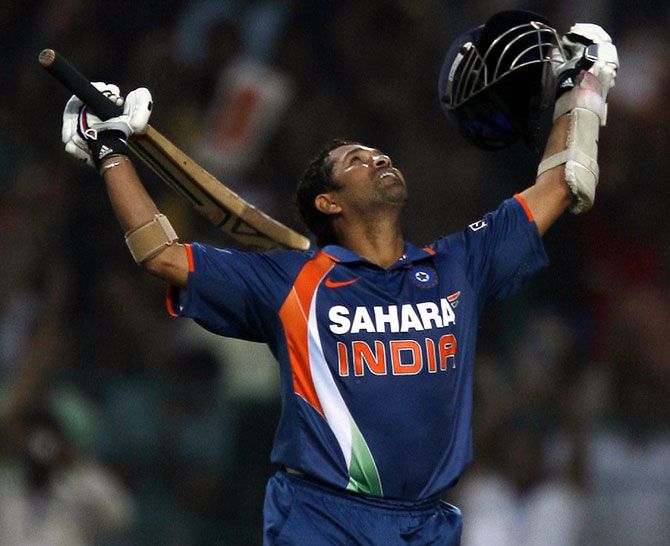 South Africa pacer Dale Steyn's claim that Umpire Ian Gould denied him Sachin Tendulkar's wicket when the batting great was on his way to a landmark ODI double ton in Gwalior in 2010 fearing A backlash from the Indian crowd has been proved to be false.

'Tendulkar scored the first double hundred in ODI cricket, and it was against us in Gwalior. And I actually remember I think I got him out lbw when he was about 190 odd. Ian Gould was the umpire, and he gave him not out.'

'And I was like, "Why, why did you give him not out!? That's so dead." And he was like, "Mate, look around if I gave him out, I won't make it back to the hotel,' Steyn claimed during a Sky Sports cricket podcast with England pacer James Anderson.

Rajneesh points out that Steyn bowled only three balls to Tendulkar when he was in the 190s and all of them were played with the bat.

These were the only balls Steyn bowled to Tendulkar after he crossed 150, Rajneesh points out.

None of the 31 balls Steyn bowled to Tendulkar in the entire game -- the second India-South Africa ODI -- produced a close LBW shout.

He was at his vintage best as he blazed his way to 200 from a mere 147 deliveries, inclusive of 25 boundaries and three sixes.

The Master broke the then record for the highest individual ODI innings -- 194 -- jointly held by Pakistan's Saeed Anwar and Zimbabwe's Charles Coventry.