We asked you Dear Readers for your memories, pictures and videos of meeting Mahendra Singh Dhoni. 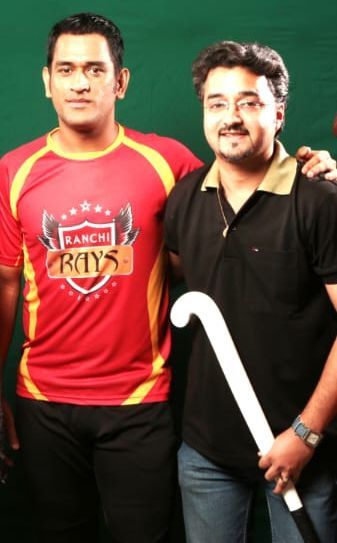 Being in the world of advertising and branding for almost two decades, I have run into celebrities from all walks of life.

I got an opportunity to shoot an ad film for our company's hockey team in the Hockey India League -- the Ranchi Rays -- with the iconic Mahendra Singh Dhoni.

I was nervous, but just the sight of the gentleman, his warm smile and his humility calmed the nerves. Just goes to prove why he is and will always be Captain Cool.

He had no celebrity aura and was just as casual as any other member of our team on the floor.

As professional as he is on the field, in front of the camera, he is extremely disciplined. He is great at improvisation and can put famous ad models to shame.

He was ever obliging for an extra shot or pose.

I wanted to request him for a photograph, but before that, just after the shoot, Dhoni goes: "So wrap up...Thanks everybody...aur behind-the-scene wale Deepakbhai... aajao... group..snap."

That's Mahi for you guys. 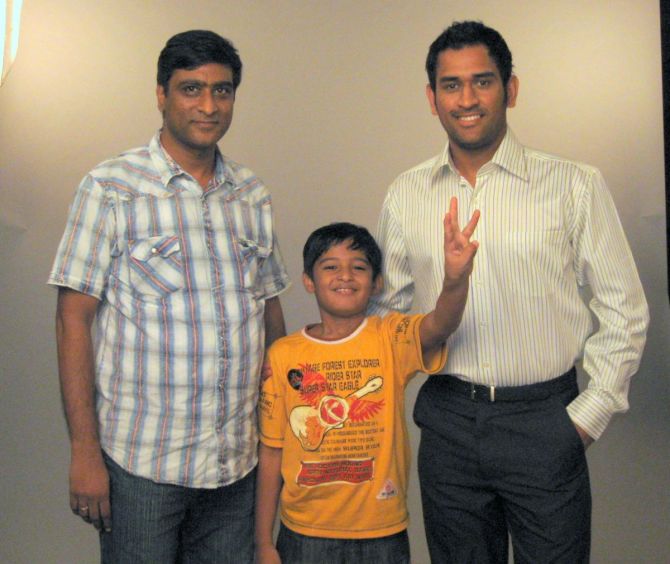 This was in 2009 at the Mehboob Studios in Mumbai where MS was shooting for a brand he was endorsing then. IMAGE: Parth Jain having a meal with Dhoni on the set during an ad shoot.

He was absolutely humble. Chatted and joked with everyone. Posed for pictures, signed autographs. Even ate the same food brought for the crew.

No starry tantrums. No special treatment.

This was in 2008/2009. I met Dhoni at Mumbai airport in the Jet Lounge. He was on his way to his home town after winning the one-day series in Australia.

It was a brief encounter, where I congratulated him and shook his hand.

A couple of things just stuck me -- It felt like I am shaking hand with an IRON hand.

Secondly, Dhoni was completely down to earth and even thanked me for the support and encouragement.

Sometime an encounter is enough to identify to understand the person; and in this case the immediate mental note I made to myself is Dhoni is an amazing human being. 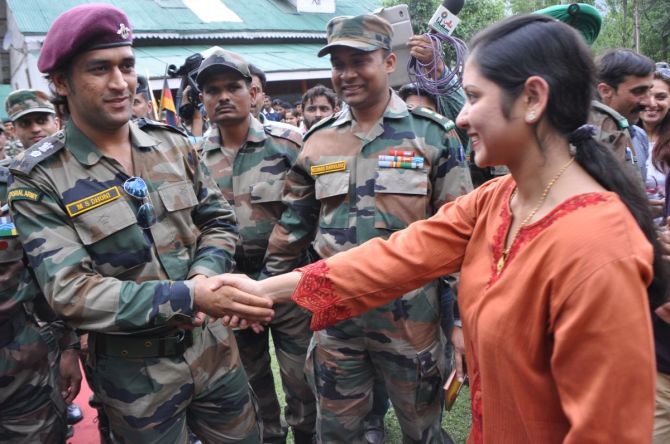 IMAGE: Kumudini Panda greets Mahendra Singh Dhoni when he was appointed a lieutenant colonel in the Territorial Army. 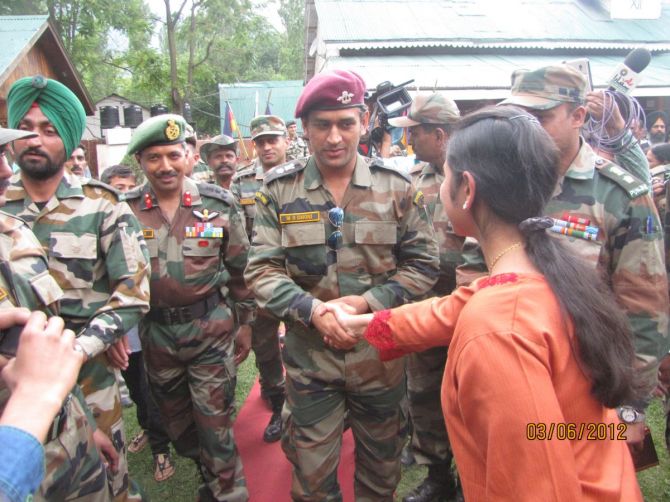 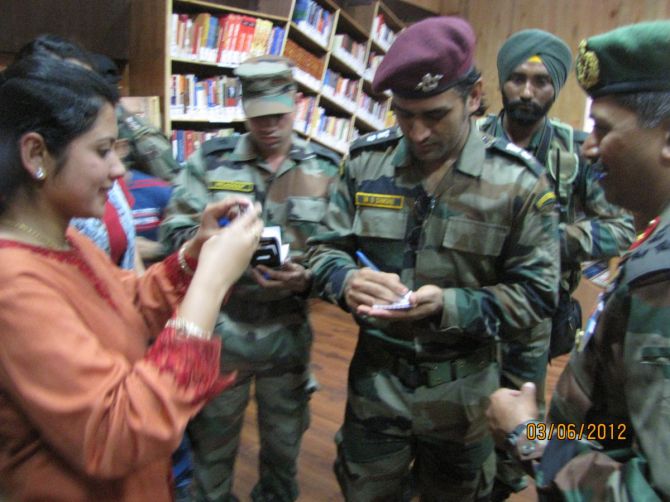 IMAGE: Dhoni obliges with an autograph.

I met Mahendra Singh Dhoni in June 2012 in Uri in Jammu and Kashmir, when he was appointed alieutenant colonel in the Territorial Army. 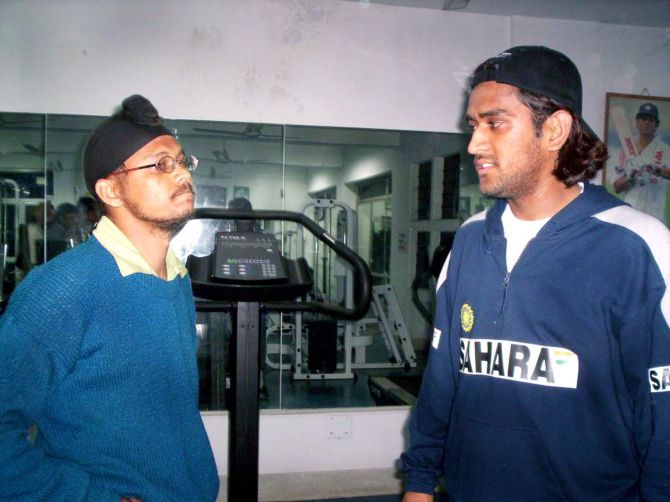 I have met our own Mahi several times. I am a sports journalist from Jamshedpur. Dhoni used to travel all the way from Ranchi to Jamshedpur for his matches at the Keenan Stadium.

I found him soft spoken, down to earth and very polite.

If you have, please tell us how that meeting went.
Do share your memories, pictures and videos of your encounter with the Great Man.

Please mail it to us at sportsdesk@rediff.co.in with the subject line 'When I met Dhoni' along with your name, information, photographs and videos about your meeting with Mahendra Singh Dhoni. 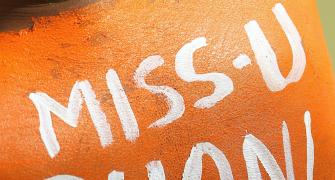 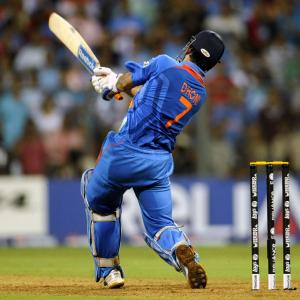 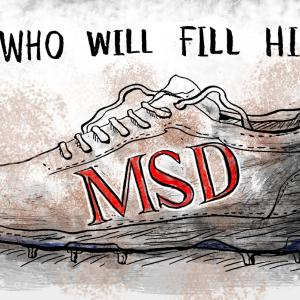