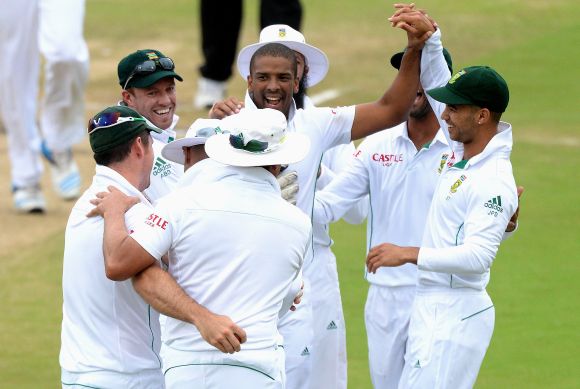 South Africa African spinner Robin Peterson is optimistic that his side could force a result on the final day of the second Test and win the series against India at Kingsmead on Monday.

India are placed 68 for two, trailing the hosts by 98 runs with 98 overs to play on day five of the match.

"We have lost a lot of time in this game but definitely there's a result in it for us. At Kingsmead, usually ten wickets fall on the fifth day. So we are hoping to be on the right side of things. The morning session is crucial, so we need early wickets to push for the win. Hopefully the bowlers can come out firing tomorrow," Peterson, who scored 61 down the order, said.

"The ball will be older tomorrow and it becomes more variable then. The soft ball is tougher to score off. But it is also easier and comfortable to bat against. But reverse swing is there and spin comes in a little bit as well with the old ball. So we are hoping these two variables will play a massive role on this pitch for us," Peterson added. 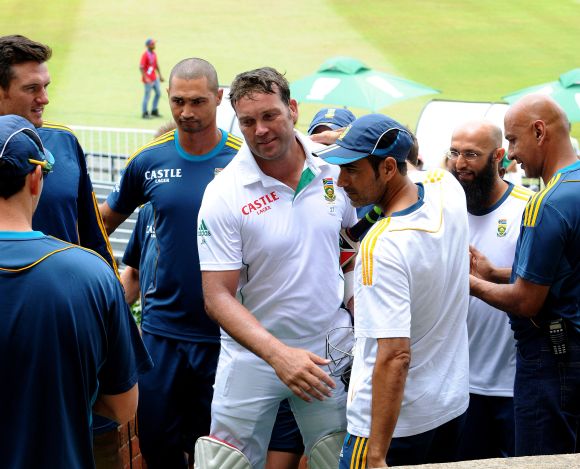 It was perhaps an explanation of what India did with their old ball, delaying the second new ball until the 147th over of the South African innings. Only when the umpires changed it that they bowled with the new ball.

It was then that he put on 110 runs for the eighth wicket with Faff du Plessis, scoring his third half-century in between, as the lead soared.

"At lunch we decided we wanted to get 100 runs ahead. But Faff and I got going, so we decided that since we have India on the back-foot, we might as well extend our lead. Things went our way today and we kept them under pressure," he said.

"I think the old ball was in such a condition that they were forced to take the new ball. The ball was soft so it was tough to hit to the boundary. When they took the new ball, they bowled short a bit because the bowlers were getting more bounce, nothing else. The old ball was tougher to play actually, it was reverse swinging and you had to middle the ball to hit it anywhere properly," he added, talking about the Indians’ tactic of delaying the new ball.

'I think he was more nervous in his nineties' 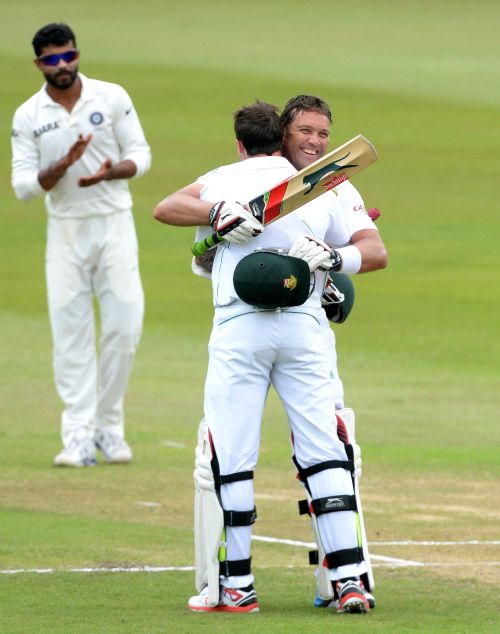 Before their partnership, Jacques Kallis, in his last match, had scored his 45th Test century. It was an innings like many others of his, taking South Africa to a dominant position in this match. When he got out, the entire Proteas’ dressing-room emptied to greet him on his way back.

"With 20 runs to go for his hundred, the dressing room was buzzing and everyone was playing the innings with him. He's a poker player and it is very tough to read his emotions. But I think he was more nervous in his nineties rather than overnight. Everyone got emotional when he got out, guys who have played with him for so long, in particular. But I couldn't join them on the stairs to the dressing room, since I was batting at that time," said Peterson, describing the moment.

"Kallis had a minor niggle towards the end of his innings, so he didn't field at slips. If he wants, he can stand there tomorrow. But he has done enough in his career, we will carry him through this match," he added, about the veteran all-rounder.

Towards the end of play, Peterson was lucky enough to get Shikhar Dhawan out, as his partner whilst batting, du Plessis took a stunner of a catch to dismiss the batsman, who was shell shocked.

"He does that in the nets, so I am not surprised. But it is not my wicket, it is his," he said.