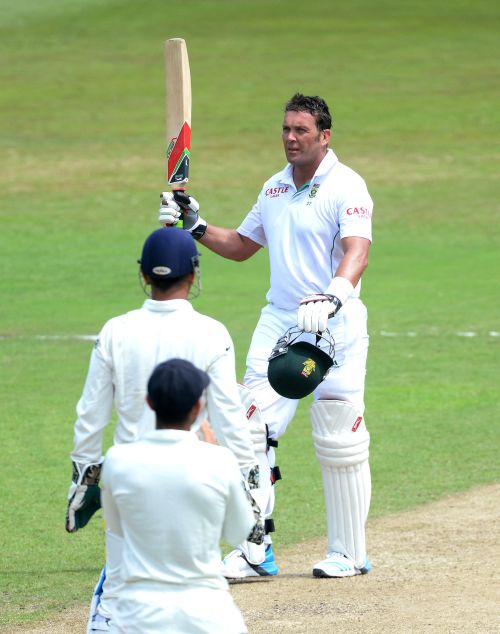 South African all-rounder Jacques Kallis on Sunday surpassed Rahul Dravid as the third highest run-getter in Test cricket after a 115-run knock against India in his farewell match in Durban.

Kallis, who would be retiring from Tests at the end of the ongoing second and final game against India, now has 13,289 runs in the longest format.

That tally is one run more than Dravid, who retired last year after playing 164 Tests. Kallis, who is playing in his 166th Test, is now third behind Sachin Tendulkar (15,921) and Ricky Ponting (13,378) in the all-time list. 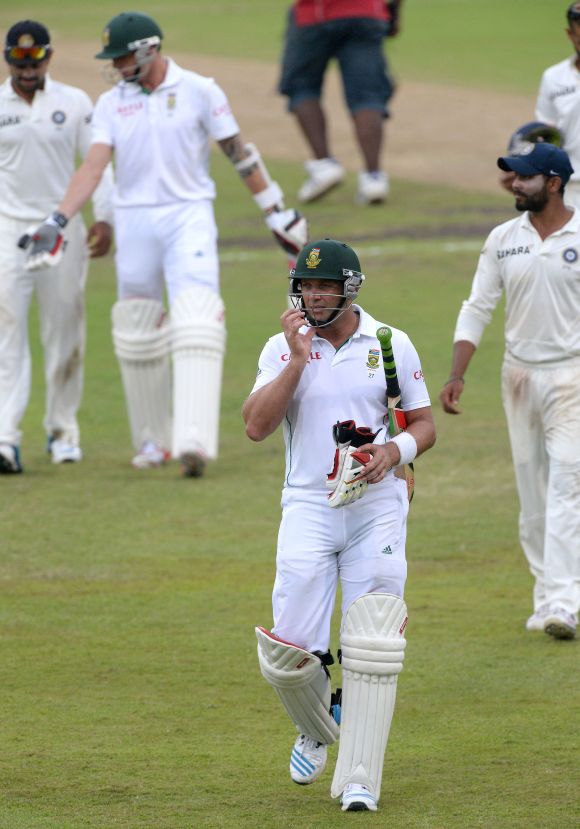 The South African, considered the best all-rounder in modern cricket, struck a fluent 115-run knock on Sunday, which came off 316 balls and included nine fours, in his final Test.

"Handsome is that handsome does! Is there any1 more handsome than Kallis in his final test? No 1 took so much workload as JK in last 3/4 decades!" he added. 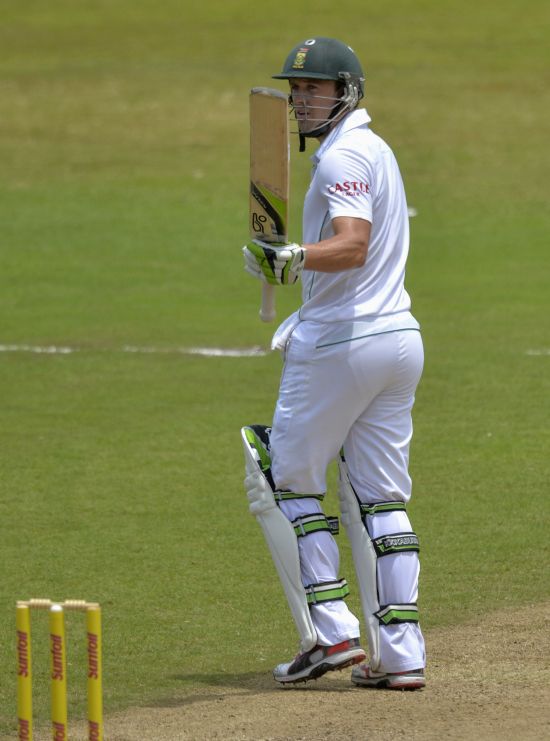 Besides the mountain of runs he sits on, Kallis also has 292 wickets in Tests at an impressive average of 32.53, besides having 200 catches to his credit.

"100 for #Kallis in his last test. One of the greats," wrote New Zealand captain Ross Taylor.