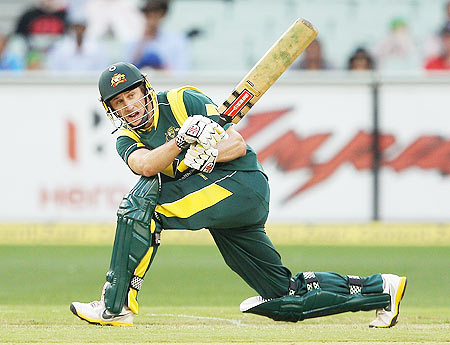 Refusing to be drawn into the furore surrounding a TV sting operation which claims to have exposed corruption in the IPL, Kings XI Punjab skipper David Hussey said he would be "very disappointed" if the media puts a question mark on the integrity of his players.

"Everyone in my team, everyone in Kings XI Punjab as a brand plays with utmost integrity and if any print or TV media tries to write differently or say something differently about my team, then I will be very disappointed. I can't really comment on the sting," said Hussey.

Two domestic first-class players, part of IPL teams, had been captured on camera agreeing to bowl no-balls and spot-fix matches. India TV's sting operation also showed two other domestic players agreeing for a transfer to another team when offered a higher fee by the undercover reporters.

Srivastava has not played a match for Kings XI this IPL season while Mohnish played the solitary match for Warriors against Royal Challengers Bangalore this edition.

Sudhindra played three games for Chargers, conceding 136 runs and taking only one wicket, while Yadav has not got a game for Kings XI. Delhi all-rounder Bali is not part of the IPL but has played first-class cricket for Himachal Pradesh. 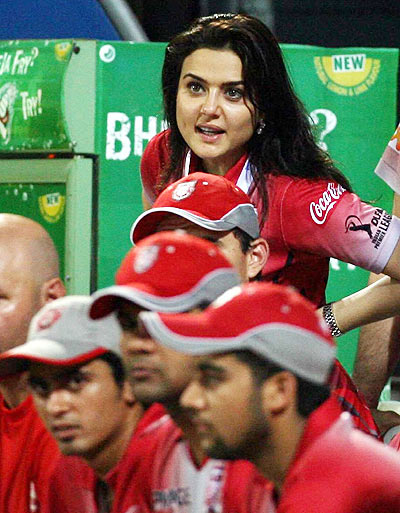 Talking about the match against Daredevils, Hussey blamed the batsmen for the defeat and said a total in the region of 160 would have been par for the course at the Kotla track.

-'Wrong to say owners are involved'

"Probably, it was a wicket for 160 runs anyway and we bowled well to defend the total. Our batting really let the bowlers down again. Full credit to our bowlers once again, who fought hard and never gave in. They stretched the game till the last over," he said.

Punjab pacer Parvinder Awana came up with an incisive fast-bowling performance to rattle the Daredevils top order with his three quick strikes, which included the prized wickets of skipper Virender Sehwag and Ross Taylor, and Hussey said that particular spell brought his team back into the game.

"The spell by Awana was world-class today. He got three batsmen out quickly which very much changed the complexion of the game. The mistake we did was not giving him the fourth over straight to get Mahela (Jayawardene) out."

"That was a mistake by me there. Awana keeps competing with the opposition. Hopefully, he has a big future not just with the Indian cricket team but also with the Kings XI Punjab as well," he said.

The Australian did not blame the hectic schedule as a reason behind the loss. Prior to this clash, Kings XI played against Deccan Chargers at Mohali on Sunday and traveled straight to Delhi for their crunch game.

"We know how important it was to win against Delhi. We played in Mohali a couple of days back and then traveled straight to Delhi. It gets tiring but this can't be an excuse for the defeat," he said.

"The guys are really pumped up. We have two more games left and if we win those matches, we might sneak in (playoffs)," he added.