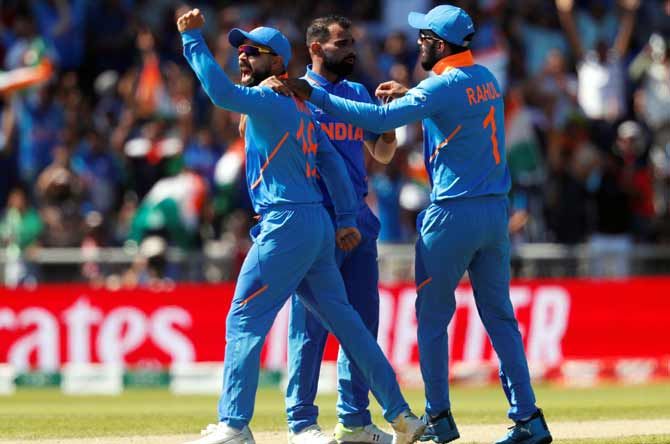 Two-time champions India stood on the cusp of securing a spot in the Cricket World Cup semi-finals after they stretched their unbeaten run in the tournament with a clinical 125-run victory against West Indies that eliminated the Caribbeans on Thursday.

Opting to bat first, India’s middle order did not exactly cover themselves in glory but skipper Virat Kohli’s elegant 72 and Mahendra Singh Dhoni’s laboured 56 not out helped them to a competitive 268-7 at Old Trafford.

Mohammed Shami and his bowling colleagues then returned to skittle out West Indies for 143 in 34.2 over as India jumped to second place in the standings after registering their fifth win in six matches with one no result. They lie one point behind holders Australia, who have played one more game. 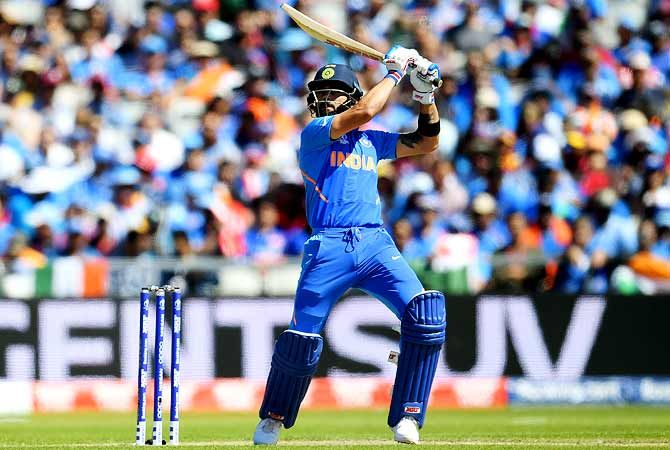 West Indies became the third team — after Afghanistan and South Africa — to be eliminated after their fifth defeat in seven matches.

“In the last two games, things haven’t gone as we thought it would, but we’ve found ways of winning,” Kohli said referring to their last two batting efforts.

“The intensity in the field in the first 15 overs is something really good... We feel we can win from any situation.”

Earlier, Kohli continued his prolific run in the tournament but West Indies twice made smart use of the review system to reduce India to 140-4 in the 29th over.

After a quiet start, Rohit Sharma had nonchalantly pulled Kemar Roach (3-36) for a six before the quick sneaked one through his bat-pad gap and appealed for caught-behind but was turned down. 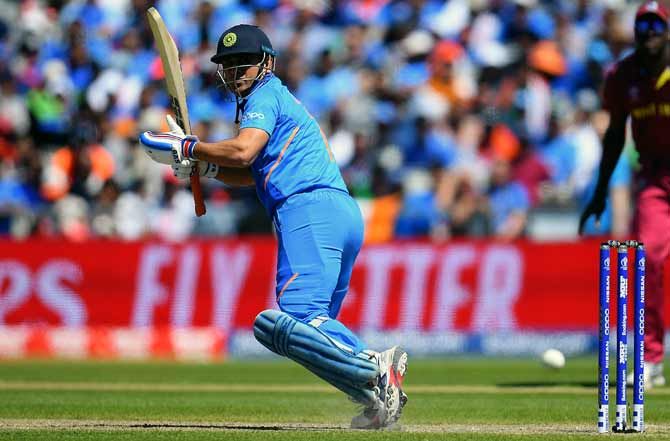 IMAGE: Mahendra Singh Dhoni (56 not out off 61 balls) and Hardik Pandya (46 off 38 balls) also chipped in with significant contributions. Photograph: Lee Smith/Reuters

West Indies reviewed the decision and Rohit was left shaking his head when the replays showed contact with the ball and he was duly given out.

Opener KL Rahul raised 69 runs with Kohli to steady the innings after the loss of Rohit.

A typically busy Kohli accumulated runs in his risk-free way but Rahul, who made 48, fell to Jason Holder as India threw away another good start. 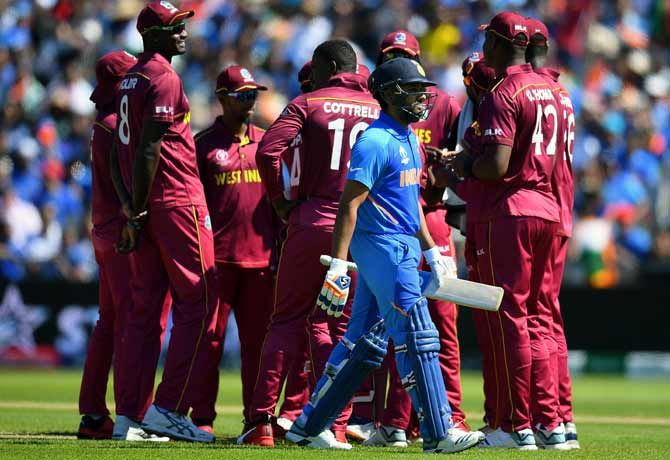 Holder dealt the biggest blow with a half-tracker which Kohli pulled straight to the mid-wicket fielder to depart after his fourth successive half-century.

The India captain stood rooted to the crease for a while after playing a horror short to end a breezy knock during which he also completed 20,000 runs in international cricket.

Hardik Pandya, who made a whirlwind 46, played with the kind of freedom which was in stark contrast to Dhoni’s early struggles during their 70-run collaboration.

Dhoni, who survived a stumping opportunity early in his innings and got another reprieve when Oshane Thomas spilled him off his own bowling, smacked two sixes in the final over en route to his first fifty of this year’s tournament. 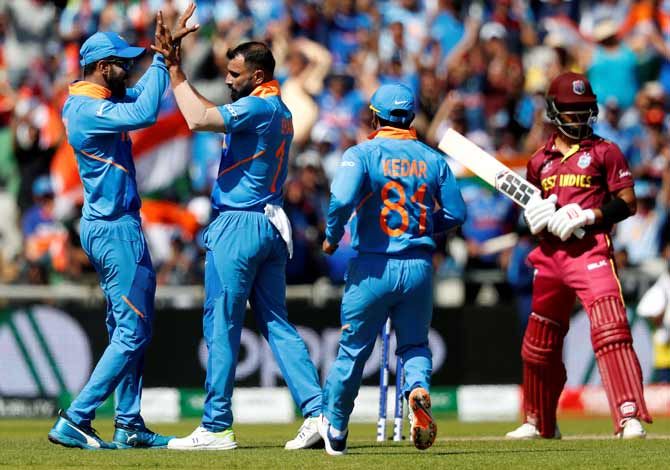 Sunil Ambris (31) and Nicholas Pooran (28) forged a half-century partnership but wheels came off their chase when both fell in quick succession.

Jasprit Bumrah then claimed two-in-two, including the scalp of Carlos Brathwaite, to effectively seal the win for India.

“We’ve let ourselves down significantly. We’ve dropped a few chances in the field,” Holder said.

“We’ve got to finish well. The bowlers have had a reasonable campaign. They gave a big effort in each game. We’ve done a fair job, but fielding definitely has to improve.”

© Copyright 2021 Reuters Limited. All rights reserved. Republication or redistribution of Reuters content, including by framing or similar means, is expressly prohibited without the prior written consent of Reuters. Reuters shall not be liable for any errors or delays in the content, or for any actions taken in reliance thereon.
Related News: Rohit, Kemar Roach, Hardik Pandya, Mahendra Singh Dhoni, IMAGE
SHARE THIS STORYCOMMENT
Print this article 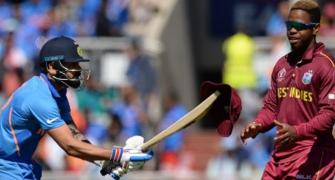 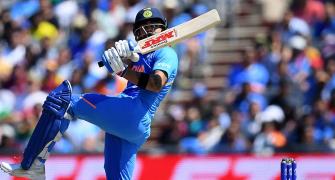 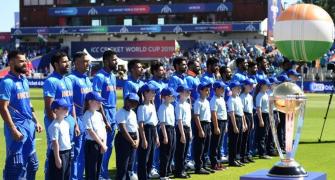 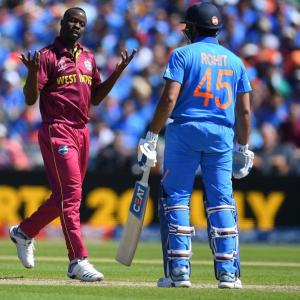 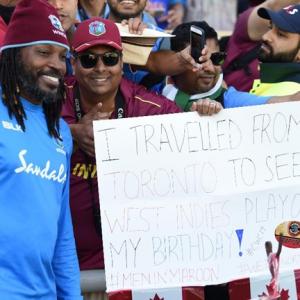