In the 36-year history of the cricket World Cup, no bowler has taken wickets as consistently, as Australia's Brett Lee, statistics indicate.

Lee, who will lead Australia's attack during the World Cup, has taken 22 wickets in 10 matches at an average of 17.91.

He claims a wicket every 22.68 balls, or once every fourth over, a strike-rate unmatched by any quick, spinner or medium-pacer in the World Cup, The Daily Telegraph reports. 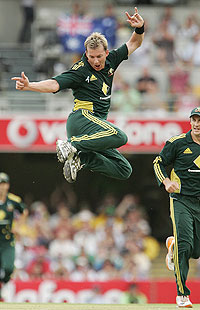 "He's got to be considered in our top three one-day quicks. He's up there with Dennis Lillee and Glenn McGrath, he has to be in the top three. Towards the end of his career, Lillee went from bowling fast to more guile because of his back injuries, but Brett has only ever known one way," said former Test bowler David Gilbert.

"What he has done since he has come back (into the Australian one-day side) has been outstanding. We were struggling to get blokes out during the Ashes series, then he comes back and helps us win the one-day series 6-1 (against England).

"When Brett bowls, it's full throttle, he never bowls to hold up an end. To take 600-plus international wickets speaks volumes for his longevity," Gilbert added. 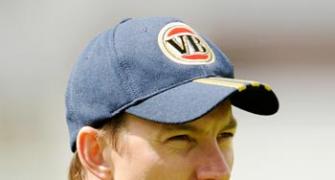