NZ, Lanka in a 'catch' controversy

A controversial decision by the third umpire surrounding a 'catch' of Mahela Jayawardene by Nathan McCullum triggered an angry stand-off between New Zealand and Sri Lankan players in their World Cup Group 'A' fixture at  the Wankhede stadium in Mumbai on Friday.

Former Sri Lanka captain Jayawardene checked his shot and lifted the ball off McCullum in the 24th over but ended up chipping it back to the bowler, who made a stunning one-handed diving effort and claimed a catch.

However, umpire Richard Kettleborough was not convinced that the catch was completed cleanly and referred the appeal to the third umpire, Amish Saheba. 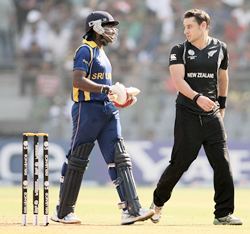 After repeated viewings, Saheba ruled in the batsman's favour much to the chagrin of the New Zealanders.

No sooner did the third umpire give his decision than Nathan McCullum got engaged in an argument with the umpire and Kiwi stand-in skipper Ross Taylor joined him to protest the decision.

Words were also exchanged between Jayawardene and Nathan McCullum while Sri Lanka skipper Kumar Sangakkara stood at the other end.

The incident occurred when Jayawardene was on 26 and Sri Lanka 87 for two.

Jayawardene and Sangakkara were in the midst of a repair job after Sri Lanka had plunged to 19 for two inside the first five overs.

Jayawardene went on to make 66 and shared a crucial third-wicket partnership of 145 runs with Sangakkara. 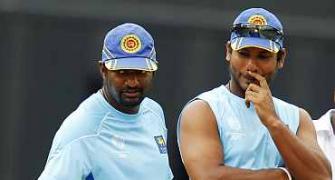 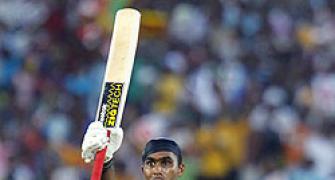 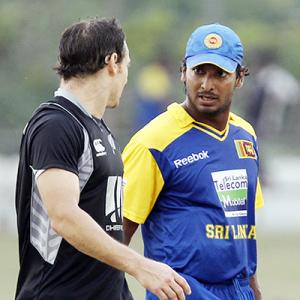