West Indies have lost their last four Tests, two to Australia and two to Sri Lanka, and have not enjoyed a single win in Australia since the 1996-97 tour. 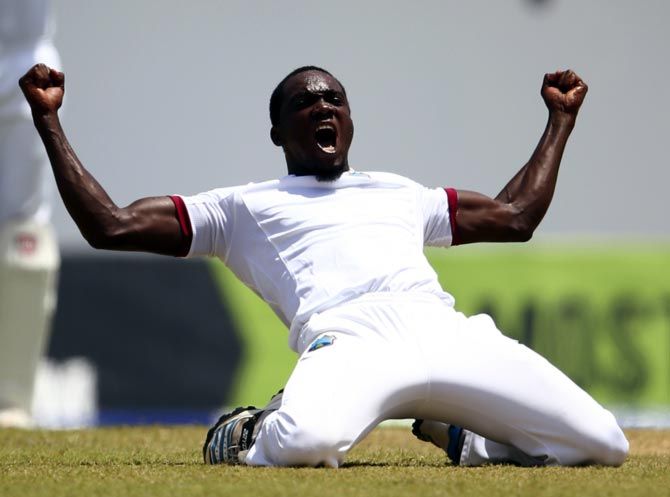 West Indies captain Jason Holder backed his fast bowlers to thrive in the relative cool of Tasmania and exploit what he perceives as Australia's batting weaknesses when the first Test gets underway in Hobart, on Thursday.

The tourists are 14-1 outsiders with the bookmakers to win the match at Bellerive Oval against an Australian side who could return to the top of the Test rankings with a 3-0 series sweep.

Holder, however, has manfully stuck to the line that his eighth-ranked side can upset those odds, even after being hammered by a Cricket Australia XI featuring six first class debutants in a warm-up game in Brisbane last week.

The 24-year-old maintains the hosts have a fragile middle order and on Wednesday said a drop of around 10 degrees Celsius between tropical Queensland and Australia's southernmost state would help his pace attack.

"Obviously, our fast bowlers can go for a bit longer," the all-rounder told ABC Radio in Hobart on Wednesday.

"They've been the guys that have been pulling us through for the last few test matches, so hopefully they can come through and just be explosive and aggressive.

"Our bowling has really pulled us up in our last few test matches, and most of the time when our bowlers have been asked to come up with a big spell, they've done it."

West Indies have lost their last four Tests, two to Australia and two to Sri Lanka, and have not enjoyed a single win in Australia since the 1996-97 tour.

The failure of the Caribbean islanders to muster up an innings score over 251 in those last four Test outings indicates that a big improvement in their batting will be required if they are to break those droughts in Hobart.

"Our bowling is our big strength at the moment but I have full confidence in our batting, hopefully we can back ourselves a bit more and get some runs on the board," Holder said. "Once we apply ourselves, allow the Australian players to come to us, we'll spend a lot more time at the crease.

"That's one key area we've highlighted... the more patient we are, the better off we'll be at the end of the Test match." 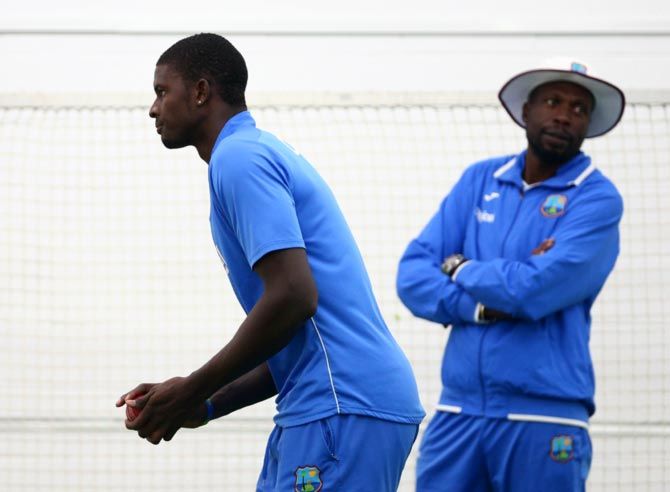 How much better off remains to be seen but Holder is convinced West Indies can emerge triumphant.

"We can beat them because cricket is played on the day," he said.

"Once we do that, we can definitely beat them."

Factbox on the first Test between Australia and West Indies:

© Copyright 2022 Reuters Limited. All rights reserved. Republication or redistribution of Reuters content, including by framing or similar means, is expressly prohibited without the prior written consent of Reuters. Reuters shall not be liable for any errors or delays in the content, or for any actions taken in reliance thereon.
Related News: Cricket Australia XI, Jason Holder, Bellerive Oval, Steve Smith, West Indies
COMMENT
Print this article 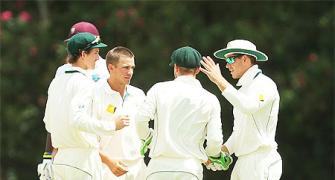 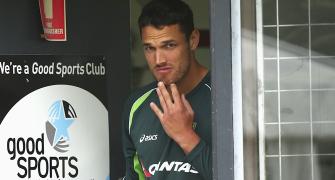 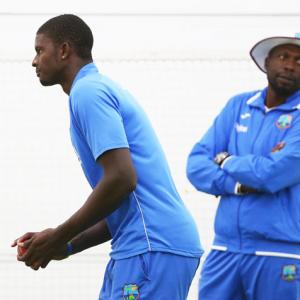 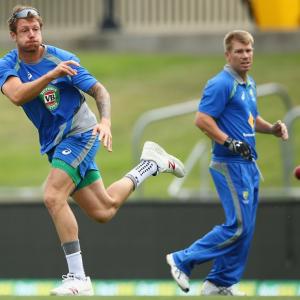