News
Business
Movies
Sports
Cricket
Get Ahead
Money Tips
Shopping
Sign in  |  Create a Rediffmail account
Rediff.com  » Cricket » Will these oldest traditions of cricket ever be same after world comes out of Covid-19 pandemic?

Will these oldest traditions of cricket ever be same after world comes out of Covid-19 pandemic? 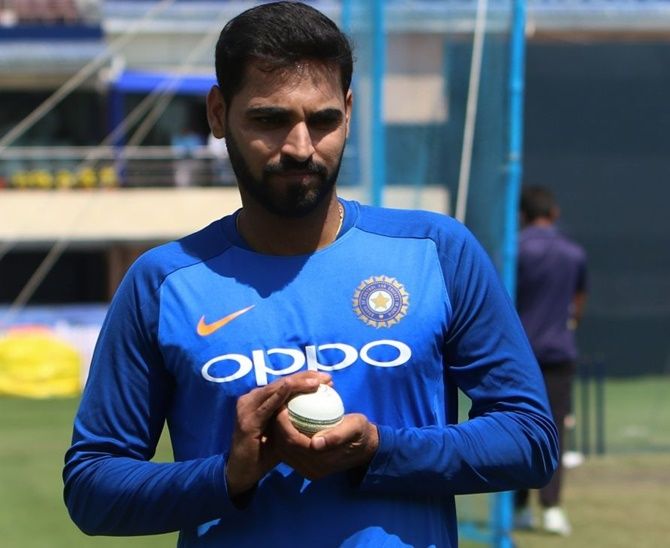 IMAGE: Applying saliva has been fruitful for many bowlers in the past. Photograph: PTI

The whole sporting action across the world has come to a halt due to the coronavirus pandemic, but it is perhaps the right time to contemplate as to what will happen to cricket's oldest traditions once the world comes back to normal. One tradition only specific to cricket is of applying 'saliva' on the ball to assist the bowlers to get the swing.

Shining the ball is a major thing for bowlers in trying to extract some swing from the match. As the game starts swaying in favour of batsmen by each passing day, bowlers have to try everything they can in trying to trouble the batsmen.

Applying saliva has been fruitful for many bowlers in the past, and it has become so normal now that if teams refrain from doing so in the future, cricket fans will definitely have something missing from the regular experience.

This was even visible during a press conference when India's seamer Bhuvneshwar Kumar was asked whether the side would opt for using saliva to shine the ball in the ODI series against South Africa.

To this question, Kumar had replied: "We are taking every precaution we can. We have a team of doctors with us, who are advising us on dos and don'ts. We have a meeting with our doctors. If they advise us to not use saliva on the ball, then we will follow it. So, it all depends upon the instructions given by the doctor".

Now to talk about the other tradition, which is the 'handshake'. The skippers from both sides shake hands at the time of toss, they might opt for a handshake when the rival opponent gives a good performance like score a century.

Even if a handshake is avoided at this juncture, it is hard to think that management from both sides will refuse to shake hands once the cricket match gets over.

After a cricket match gets over, lineups of both sides come down to the middle and shake hands with each other, which also has been instrumental in cricket being termed as a 'gentleman's game'.

People are refraining from shaking hands to avoid the spread of coronavirus, and it is hard to imagine that the normal world will take to shaking hands as soon as the situation normalises.

England Test skipper Joe Root had also said that the side would not be shaking hands with each other or their opponents Sri Lanka as a precautionary measure against the coronavirus pandemic.

We have been given some really sound and sensible advice from our medical team to help prevent spreading germs and bacteria. We are not shaking hands with each other, using instead the well-established fist bump, and we are washing hands regularly and wiping down surfaces using the anti-bacterial wipes and gels we've been given in our immunity packs," cricket.com.au had quoted Root as saying.

In the first ODI between Australia and New Zealand, both teams were seen not shaking hands whenever they took a wicket, rather they opted for fist bumps or elbow bumps.

Recently, it was visible in some football matches as teams opted to not go for handshakes before the start of a match.

Right now, no sport is being played as all top tournaments like IPL, Premier League, LA Liga have been suspended and there is no certain answer as to when all these competitions will resume.

The Olympics will now go on next year.

We all know sport will resume at a certain point but it is inevitable to ask will it ever be the same? 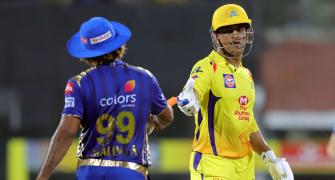 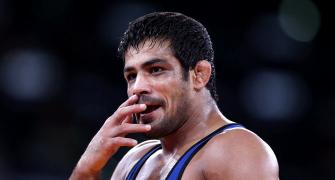 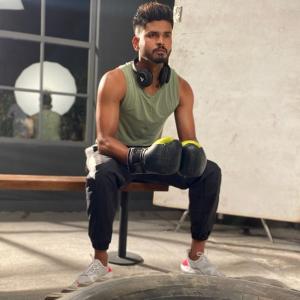