News
Business
Movies
Sports
Cricket
Get Ahead
Money Tips
Shopping
Sign in  |  Create a Rediffmail account
Rediff.com  » Cricket » 'Will judge Mayank Agarwal after a year or so'

'The problem is we come to conclusions very quickly. With one hundred we will say he's your first-choice opener and so on. But with a couple of failures you would say otherwise,' says former India captain Sourav Ganguly. 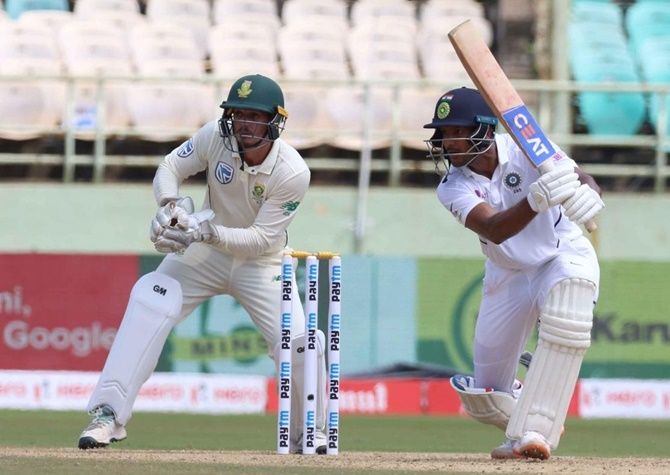 Mayank Agarwal has impressed at the top of the order in the few Tests he has played so far, but former India captain Sourav Ganguly says he will wait and watch before calling him a first-choice opener.

Agarwal, who made his India debut against Australia last December, struggled a bit in the West Indies but converted his maiden Test hundred into a brilliant double (215) to put India in command against South Africa in the ongoing opening Test in Visakhapatnam.

"The problem is we come to conclusions very quickly. With one hundred we will say he's your first-choice opener and so on. But with a couple of failures you would say otherwise. This has to stop," Ganguly said, on the sidelines of a Durga Puja pandal visit at the Maddox Square.

"Any young player who is doing well is a very good sign for Indian cricket. He (Agarwal) played well in Australia. He struggled a bit in the West Indies. But in the first Test at home he's got a double against South Africa. Let him play for a year or so then will judge how good he is."

KL Rahul's drop in form and an ankle injury to Prithvi Shaw opened the doors for the 28-year-old Agarwal in the Melbourne Test. He scored two half-centuries in two matches in India's historic Test win in Australia earlier this year.

The ongoing first Test also brought an end to India's misery at the top of the order, with skipper Virat Kohli promoting Rohit Sharma as an opener for the first time in his five-day format career.

Replacing Rahul at the opening slot, Rohit headlined the first day of the match, smashing 176 as he and Agarwal batted 82 overs to pile up a massive 317-run partnership and help India declare at 502 for 7.

During his captaincy days, Ganguly had pulled off a masterstroke, giving Virender Sehwag a new lease of life by promoting him to open in Tests. Without getting into comparison, Ganguly said Rohit's form at the top of the order will bolster India's batting.

"It's the same thing for Rohit Sharma -- he has to perform consistently (like Agarwal). It's just the first Test match for him as an opener. He (Rohit) is a fantastic player and hopefully he continues to play well because Rohit Sharma in form will strengthen Indian batting."

Ganguly also echoed Kohli's view that Wriddhiman Saha is the best wicketkeeper in the world, adding India’s skipper has to take a call on whether he prefers the Bengal glovesman or the struggling Rishabh Pant.

"He (Saha) is our own boy... He is the best wicketkeeper in the world. Rishabh has also been very successful. Now, it's a call Kohli has to take; whom he wants to play in the long term," said the former skipper.

Ganguly said he misses his childhood days when he would sleep at Durga Puja pandals and return home only in the morning to change clothes.

"When I was very young and not playing cricket, I would spend the whole night in Puja pandals. Both my mom and dad would look for me, but I would not be found.

"We had a joint family, so it was not only me; my brother, sisters would spend many nights at Puja pandals. We would sleep there, only to return home in the morning to change our clothes and back again at the pandals. Puja is always very very special," he said.

Ganguly also used the occasion of Maha Sasthi to kick off Nerolac's campaign to shun plastic under the initiative 'Esho Gorri Nobo Bongo'. He unveiled the idol of Goddess Durga taking on the demon Mahisasur, made of plastic.

"Durga Puja is one of the biggest festivals of the country. It's the best place to start anything; it's just a beginning. The affects (of using plastic) are harmful in the long run. It's not a terror yet but before it reaches that stage, it has to be stopped.

"But the best thing is within a short span of time I see an awareness among everyone that this is not good for health. We will have to go back to metal and glass. It has to be done regularly. It has to be wiped out. This campaign is just the beginning of it." 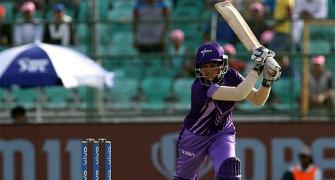 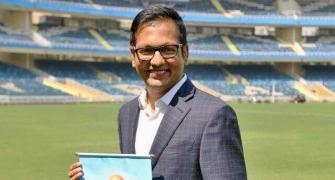 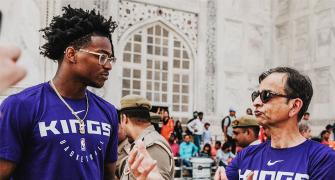 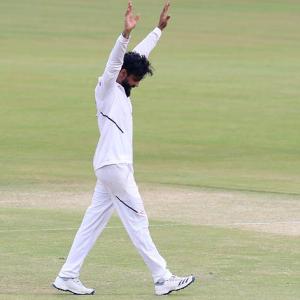