News
Business
Movies
Sports
Cricket
Get Ahead
Money Tips
Shopping
Sign in  |  Create a Rediffmail account
Rediff.com  » Cricket » Why Rayudu was not picked for World Cup

The surprise decision to not consider Ambati Rayudu for the World Cup was devoid of any bias, said chief selector MSK Prasad. 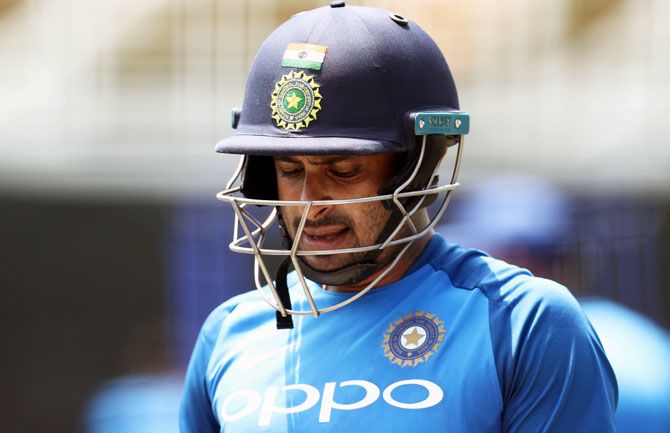 IMAGE: Ambati Rayudu after being ignored for the World Cup, was not considered as injury cover for either Shikhar Dhawan or Vijay Shankar. Photograph: Matt King/Getty Images

Traditionally, India are renowned for producing world class batsmen, but during the World Cup it was a completely different picture.

Not having a proper middle order batsman for the No 4 position proved to be India’s biggest bane in the World Cup. In the semi-finals against New Zealand, their worst fears came true when both Virat Kohli and Rohit Sharma perished and the two-time champions failed to chase down a modest 240.

At one point during the tournament, India fielded three specialist wicket-keepers in their Playing XI but were not still able to find a solution for their batting woes.

And the injuries to key players also affected them big time, and the selectors made it even worse with some strange replacements.

Following Dhawan’s withdrawal from the World Cup with injury, KL Rahul, who was batting at No 4, was reinstated as the opener. Originally, Vijay Shankar was the man assigned to that position ahead of the World Cup, but he lost his place in the team and was subsequently ruled out with injury.

On Sunday, chairman of selectors MSK Prasad took the opportunity to clarify the situation after picking the Indian team for the tour of West Indies, starting next month.

Quite clearly, he put the onus back on the team management comprising captain Virat Kohli and coach Ravi Shastri, saying the selectors were merely following their instructions.

“When Shikhar Dhawan got injured, we already had a third opener in KL Rahul. At that juncture, after the two-three matches, once he (Dhawan) was injured, we didn’t have a left-hander at the top.

Since K L Rahul was going to open the innings, the team management had requested for a left-hander and we had no other choice than Rishabh Pant, and we were very, very clear on that. We know what he is capable of, and that is the reason why we had to bring in a left-hander, which actually confused many people that why a middle-order batsman has been brought in place of an opener,” Prasad said in Mumbai on Sunday.

The decision that was most surprising was calling up Agarwal to replace Shankar. But because of doubts over Rahul’s fitness after he had a fall while attempting a catch, the Karnataka opener was called up.

So there was a medical emergency at that stage whether he would continue or not (in the World Cup). There was so much of a worry factor.”

Prasad stressed that they had a written communication from the team management to pick a back-up opener to cover for Rahul, just like in the previous instance when they had requested for a left-hander.

“At that juncture, a mail was written -- a written communication was given to us that we need a back-up opener. We worked out on certain permutations and we looked at some of the openers, some were not in form, the others were injured, so that’s when we went to Mayank Agarwal. So it is very, very clear, there is no confusion on this. I am sure, at the end, all the speculations should be clear,” he said.

However, the selectors’ came in for a lot of flak for their original decision of overlooking the experienced Ambati Rayudu for the World Cup. He was a good fit at No 4 and had played a couple of good knocks in New Zealand. But one bad series against Australia when he failed to score runs in three games cost him his place in the World Cup team.

The surprise decision to not consider Rayudu for the World Cup was devoid of any bias, stated Prasad.

Rayudu, after being ignored for the World Cup, was not considered as injury cover for either Dhawan or Shankar. Following this, he promptly announced his shock retirement from all forms of cricket.

When we pick any player and when he does well we feel so happy for him. Similarly, when somebody out of emotions goes out in this way, the selection committee members also feel for it.

But having said that, with regards to the decision that was taken is completely devoid of any bias or any favouritism,” said Prasad.

The former India wicket-keeper said that the selectors had in the past gone out of their way to back Rayudu, when he was trying to establish himself in the ODI team.

“I can give you a small example about Rayudu. When Rayudu was picked, on the basis of 17-18 T20 performances we picked him in the ODI side. There was a lot of criticism but we had some thoughts about him. Subsequently, when he failed the fitness test, this selection committee has backed him and we put him through a fitness programme for a month and we ensured that he comes back fit and comes into the side. Once he has come into the side we backed him,” he said.

“Due to certain permutations and combinations of the side, we could not pick him, so that doesn’t make this selection committee or me in person being biased. I hope you will understand that there was  a certain programme set to see that Rayudu should come into the side. There was nothing we did against any particular person.

How much Rayudu is emotional, we are also emotional. We as ex-cricketers also feel for him,” said Prasad.

However, Prasad refuses to believe that India were found wanting in the batting department in the World Cup, especially the key No 4 position.

“Do you think we lost the game because of No 4? Rishabh Pant played well, especially the way he batted in those conditions,” he said.

Prasad also rubbished theories that Rayudu’s tweet after the World Cup exclusion was responsible for him not being considered as the injury replacement.

In fact, Prasad said he enjoyed the ‘3D’ tweet and praised its timing.

“Coming back to the tweet, frankly speaking that was a lovely tweet. I really enjoyed it. Seriously, it was a very timely one and was very sarcastic.

I don’t know how it struck him but I enjoyed it.” 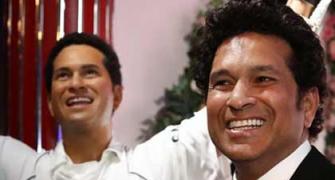 Should Pant replace Dhoni as keeper in ODIs & T20Is?