IMAGE: India's forthcoming tour of Australia starts with the three-match T20I series from November 27 followed by as many ODIs. The four-match Test series begins with the day-night pink ball Test at the Adelaide Oval from December 17. Photograph: Kai Schwoerer/Getty Images

Former Pakistan captain Pakistan Rameez Raja believes India have a "very good chance" of beating Australia again in the upcoming Test series as the hosts are unlikely to prepare venomous pitches for the high-profile series.

India's forthcoming tour of Australia starts with the three-match T20I series from November 27 followed by as many ODIs. The four-match Test series begins with the day-night pink ball Test at the Adelaide Oval from December 17.

"The pitches in Australia are no longer what they used to be some years back. I mean there is less bounce, sideways movement and they are less venomous.

"And I think Australia will want to have full five-day Tests against India for viewership figures given their requirements," Rameez said on the Cricket Baaz channel.

Cricket Australia (CA) is banking heavily on the India series after incurring huge financial loss in the wake of the COVID-19 pandemic.

The former Pakistan opener pointed out that CA needs to take advantage from the India series in terms of viewership and gate money.

"They are already complaints in Australia about the absence of Virat Kohli after the first Test in Adelaide."

Rameez said CA would want to see Test matches last all five days and they might produce pitches accordingly.

"I think India has the batting line-up to tame Australia and plus the Indian bowling has improved a lot and they have a very good attack now and Australia will have this in mind."

Rameez said Rohit Sharma will be a big loss for India in the limited overs series in Australia. Rohit, who is nursing a hamstring injury, will be available only for the Test series.

"Rohit is a match-winner and teams are scared of him. When teams huddle together before a batsman arrives at the crease like Sharma does it says a lot. Rohit's absence is a big loss to India."

He said that while Pakistan had a 50-50 chance of winning the T20I series in New Zealand but the two Test matches would be a tough challenge to get through.

Rameez also backed the appointment of Babar Azam as Test captain which makes him the Pakistan captain across all three formats. 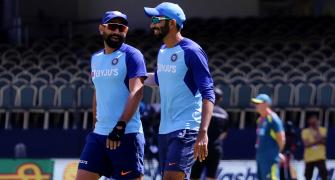 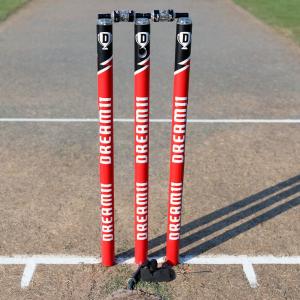