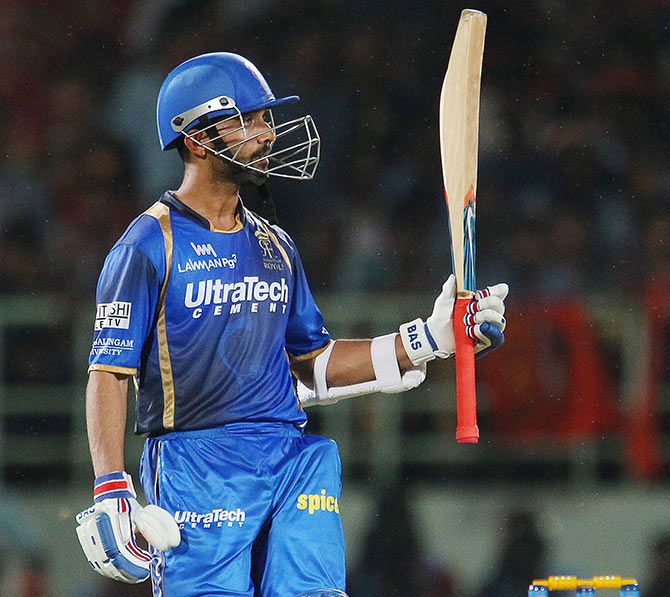 Left sleepless the last time he played a bad shot against Mumbai Indians, in-form Rajasthan Royals batsman Ajinkya Rahane said he was desperate to set the record straight and that inspired him to strike a sublime match-winning knock of 91 in an Indian Premier League match against the Delhi Daredevils on Sunday.

- Rahane, Nair guide Rajasthan to top of the table

"I was really hurt when I got out (for 16 to R Vinay Kumar) in the last game. I could not sleep that night and was all the time thinking about my shot and about the loss (by 7 wickets). I just wanted to make it count. I knew I was batting really well. Once I was in after 6-7 overs, I was planning to bat for 20 overs," said Rahane after piloting the Royals to a match-winning score of 189 for 2.

The Mumbai-born batsman, who has been in great form in international cricket (Tests as well as ODIs) for close to two years, struck 3 sixes and 9 fours in his 54-ball knock and also featured in a stand of 113 with Karnataka youngster Karun Nair (61 in 38 balls). 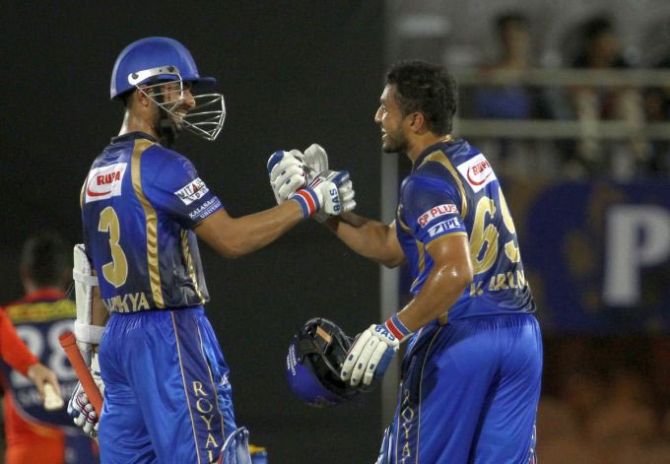 Riding on this superb show with the bat and followed by some good bowling, the Royals halted the Delhi Daredevils to 175 for 7 to win by 14 runs and regain the top spot in the table with 14 points under their belt, two more than second-placed Chennai Super Kings.

Rahane, who crossed the 400-run mark this IPL season on Sunday, said he did not think about his 100.

"I was not thinking about a century at all. I just wanted to play as many shots as possible in that last over. We knew 190 -95 would be a good score," said Rahane.

"The partnership between me and Karun after 14 overs was very important. Our plan was to play as long as possible. Playing shots for set batsmen was easy as the wicket was very good with true bounce. I told Karun to time the ball as the outfield was fast. Karun batted positively from the other end. 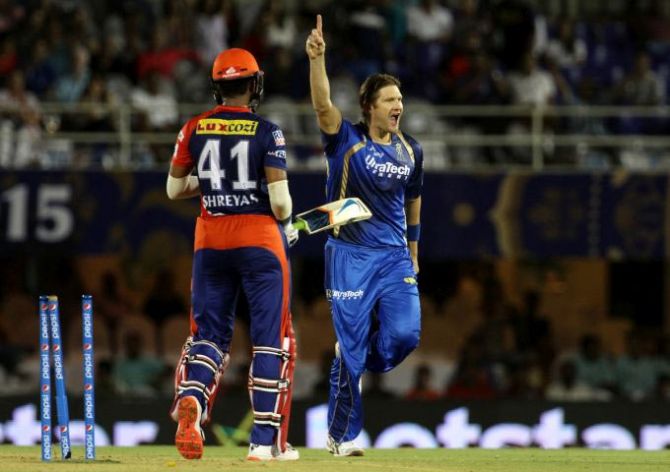 "It was a team effort. Our bowlers bowled well. The wicket was a bit helpful, but once set it was easy for batsmen. We have to give credit to our bowlers. After the first six overs it was not so easy to bowl. With good bounce and pace, the wicket was in favour of batsmen. They took wickets at regular intervals," he said.

"Even our fielding was very good tonight -- we saved 5-7 extra runs. The bowlers also bowled in right areas. It was a great team effort, I would say," he concluded. 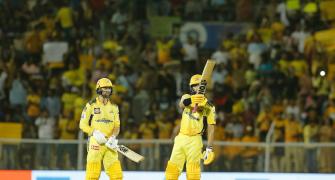