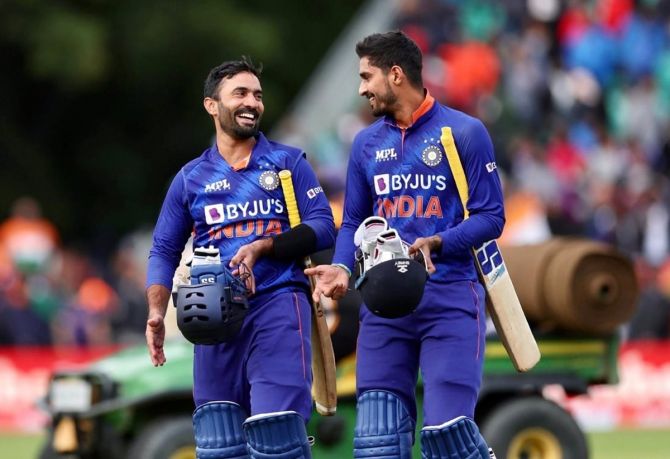 In a surprising move in the first T20I against Ireland, Deepak Hooda came to open alongside Ishan Kishan in place of Ruturaj Gaikwad.

Hooda smashed an unbeaten 47 off 29 balls as India eased to a seven wicket victory in the rain-curtailed first Twenty20 International against Ireland on Sunday, June 26, 2022.

He found his rhythm after a scratchy start and posted a match winning 64-run stand with Hardik.

While Hardik departed after hitting three sixes, Hooda stayed till the end to hit the winning four. His innings comprised two sixes and half a dozen boundaries.

While Hooda earned praise for his match-defining innings, many questioned Sanju Samson's absence from the playing eleven. 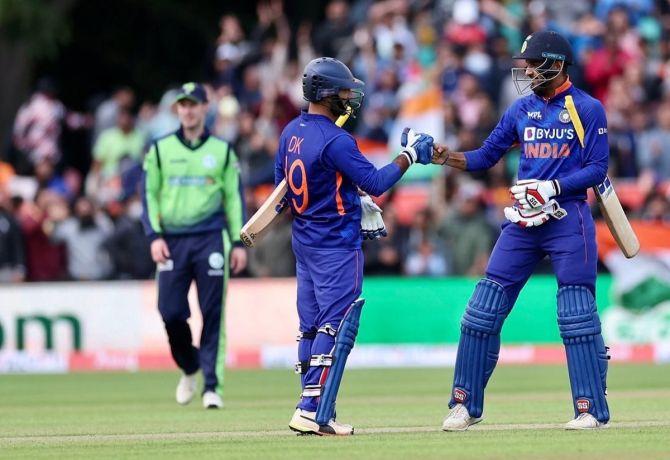 IMAGE: Ashish Nehra reckoned it was not a tough call as Hooda was already in the squad. Photograph: Deepak Hooda/Twitter

Nehra reckoned it was not a tough call as Hooda was already in the squad.

He underlined the Lucknow SuperGiants batter's 'confidence' after a stellar IPL season with the franchise.

'Sanju Samson and Rahul Tripathi have come in place of Shreyas Iyer and Rishabh Pant. Deepak Hooda was already in the squad, and even Venkatesh Iyer didn't play a match against South Africa. And the kind of performance Deepak Hooda put in the IPL, as he is one of those players who played for Rajasthan in the Ranji Trophy, the whole season he scored runs, then in the IPL also,' Nehra, the IPL 2022 winning coach for the Gujarat Titans, said in a pre-match show on SonyLIV.

'He started the tournament (IPL 2022), playing at 5 or 6 (for LSG) and then he was promoted to number three,' Nehra added, 'and there also he did well. So, his confidence must be high.' 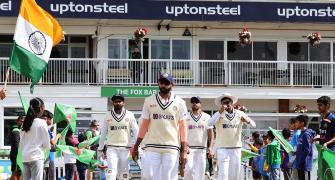 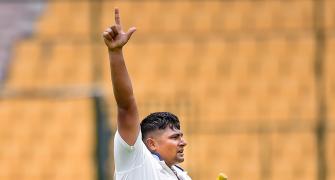 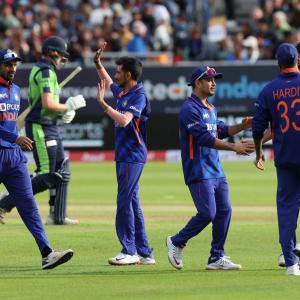 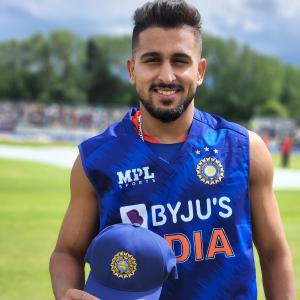