News
Business
Movies
Sports
Cricket
Get Ahead
Money Tips
Shopping
Sign in  |  Create a Rediffmail account
Rediff.com  » Cricket » Why Ashwin switched his TV off while watching an ODI

Why Ashwin switched his TV off while watching an ODI IMAGE: Ravichandran Ashwin pushed for returning to the old format where one was ball used, saying it would then be an even contest. Photograph: Gareth Copley/Getty Images

Ace India off-spinner Ravichandran Ashwin believes that ODI cricket needs to find its relevance as the 50-over format is turning out to be an extended form of T20 cricket without 'ebbs and flows'.

Bilateral ODIs across the globe is fast losing relevance and some like former India head coach Ravi Shastri want more franchise-based T20 leagues than these kind of series.

"The greatest beauty of one day cricket is – sorry was – the ebbs and flows of the game. People used to bide their time and take the game deep. The one-day format used to be a format where bowlers had a say," added the 35-year-old.

Ashwin, himself a 'cricket nut' admitted that he switched his TV off after a point while watching an ODI game.

"Even me as a cricket badger and a cricket nut, I switch off the TV after a point and that's frankly very scary for the format of the game. When those ebbs and flows go missing, it's not cricket anymore. It is just an extended form of T20," he maintained.

Currently, two new balls are used in an ODI innings but Ashwin pushed for returning to the old format where one was ball used, saying it would then be an even contest.

"I think one ball is something that would work and spinners would come into the game to bowl more at the back end. Reverse swing might come back in, which is crucial for the game," the tweaker, who has 442 Test wickets, added.

Ashwin's comments have come at a time when South Africa decided to withdraw from the ODI series in Australia, which was scheduled to be played in January because of crammed schedule and launch of its domestic T20 competition.

"I would also say we need to go back to the ball we used around 2010. I don't think we use the same ones anymore," the off-spinner signed off. 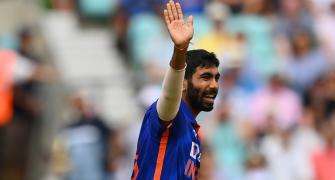