News
Business
Movies
Sports
Cricket
Get Ahead
Money Tips
Shopping
Sign in  |  Create a Rediffmail account
Rediff.com  » Cricket » Who'll be the most valuable Australia player at the IPL auction?

Who'll be the most valuable Australia player at the IPL auction? 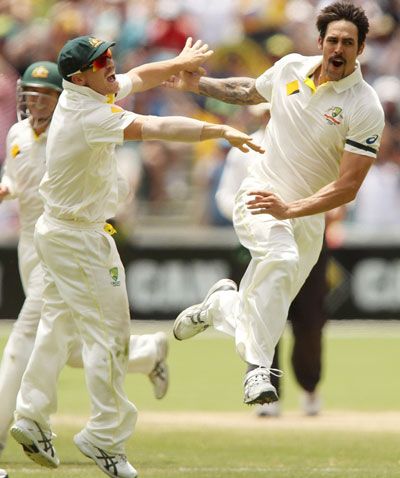 Warner has long been regarded as Australia's best player in the shortest form of the game, but Johnson's stocks have risen in the eyes of IPL buyers after his bruising performances in the Ashes.

According to the Sydney Morning Herald, Johnson is tipped to fetch a 1.12 million-dollar price tag after his Ashes performance and could even go as high as 1.2 million dollars, with an IPL team director putting Johnson's name on top of his list of the five most sought after Australians - Warner, Aaron Finch, Steve Smith and Glenn Maxwell.

The director said Johnson is the only player among the Australians to get a serious price bid as he offers hostility, something nobody else does, adding he is a premium player.

Finch's rapid improvement in the limited-overs scene has not gone unnoticed by IPL franchises, who ignored him at last year's auction, while Australia's emerging pace talent of Pat Cummins, Josh Hazlewood and Mitchell Starc will all nominate for the auction, along with Nathan Coulter-Nile, the report added.

The International Cricket Council (ICC) intends to stage the inaugural edition of the proposed tournament in England in 2017, with the top four sides in the game's longest format vying for the trophy, in order to give a boost to the five-day game.

However, Sport24 reports that the WTC is still failing to attract broadcast and commercial interest, leaving the ICC contemplating continuing with the Champions Trophy instead, although the MCC, the global guardian of the sport's laws or rules, believes this would be a mistake.

The group, which is chaired by former England captain Mike Brearley and includes Rahul Dravid, Steve Waugh, Shaun Pollock and ICC chief executive David Richardson among its members, said that even a cut-down Test Championship featuring just the two top-ranked teams would be better than abandoning the concept completely.

The committee further stated that it understands the commercial sensitivities and logistical issues surrounding the proposed World Test Championship, but feels that a solution must be found, adding that Test cricket could suffer if the concept was dropped. 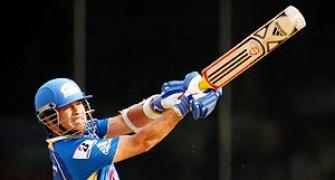 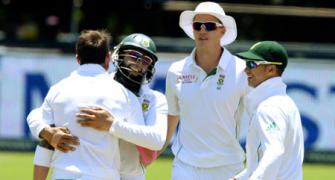 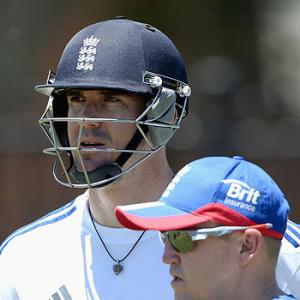