News
Business
Movies
Sports
Cricket
Get Ahead
Money Tips
Shopping
Sign in  |  Create a Rediffmail account
Rediff.com  » Cricket » What Rahul has to do to ensure the runs flow again

'Very disappointed, but there are a lot of things I'm doing right. Just need to keep my head down and show some patience.' 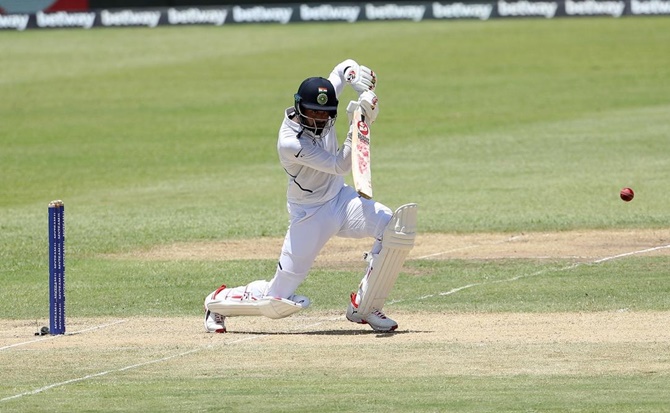 Technique is "overrated" for K L Rahul, but the India opener has admitted he needs to show some patience to ensure the runs flow again from the willow that promised much.

Apart from a half-century in the one-off Test against Afghanistan and the 149 in England last year, Rahul has not quite set the stage ablaze in the longest format since the start of 2018.

In the ongoing match against the West Indies in Antigua, he threw away good starts after doing most things right.

"Technique and everything is over-rated; when you get runs everything looks good. So it was important for me to spend time in the middle," he said, during a media conference at the end of the third day's play in the first Test.

Having got a start again, Rahul failed to execute a paddle sweep against Roston Chase and was dismissed for 38. He scored 44 in the first innings.

"(I am) very disappointed but there are a lot of things I'm doing right. (I) Just need to keep my head down and show some patience," he said.

"I just have to prolong the good things I'm doing till I get to 35-45. I'm batting well; I looked comfortable in both the innings and my head-space is very good. Happy about a lot of things.

Rahul, who shone with a fine knock of 110 in his debut Test series in Australia, struggled in his next visit Down Under, returning scores of 2, 44, 2, 0 and 9.

"I never felt that there was anything drastically wrong with my technique in Australia. It was just one of those phases that every batsman goes through.

"When you are in that phase it's challenging to get out but a great player will find his way out."

He said runs for India A did his confidence a world of good.

"... That's why going out and playing some practice games, India A games and getting some runs under my belt did well for my confidence and I could go back and focus on getting runs more than why I was getting out and trying to dissect my technique or batting."

Asked about the choice of shot in the second innings of the opening Test, Rahul insisted that the paddle-sweep was premeditated.

"Sometimes, when you plan a sweep or a paddle-sweep, there is a certain percentage of premeditation. I had played the off-spinner for 5-6 overs and I knew the lines he was bowling.

"I was thinking about runs and since I hit him for a boundary before the (wicket-taking) ball, I knew he would try to bowl a better length which would be easy for me to paddle. Unfortunately, I didn't execute the shot really well.

"Lot of things seem right when they come off. If they don't, you can sit and dissect on a lot of things. Unfortunately, it's a battle he won."

India had extended their overall lead to 260 runs by reaching 185 for three at stumps, and he looked forward to Virat Kohli (51) and Ajinkya Rahane (53) continuing their partnership on the fourth day.

"We know they're really good batsmen and are really skilled. Once they're set, they will get a lot of runs and that's what they did. Now at the end of the day, the scoreboard looks good. Hopefully, tomorrow they come out and continue for a longer time." 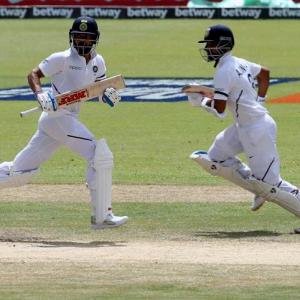