Images from Day 3 of the third Test Ashes Test in Leeds on Saturday. 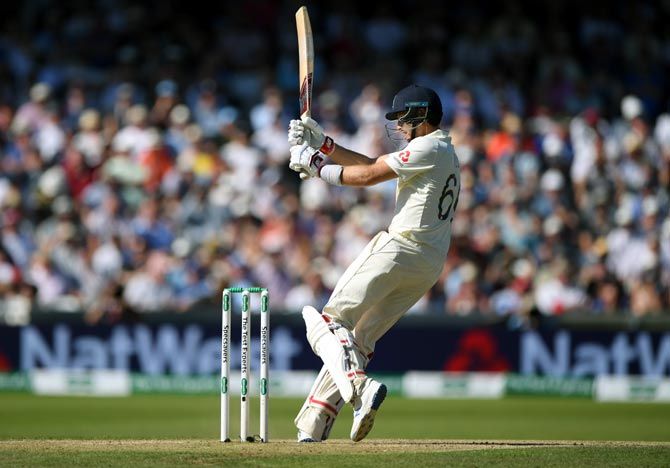 Captain Joe Root's defiance gave England hope of saving the Ashes series as his unbeaten 75 helped the hosts to 156-3 in their second innings on day three of the third Test at Headingley, on Saturday.

Australia sensed victory was in sight inside three days having set England a daunting 359 runs to win after they -- 1-0 up in the five-match series and needing only one win to retain the urn -- were all out for 246 in their second innings. 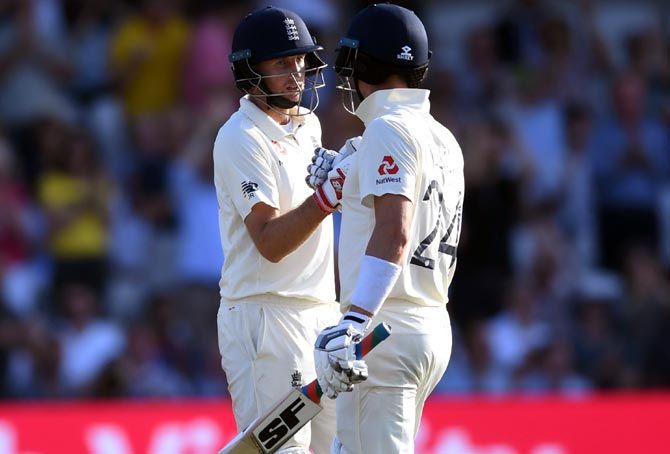 That meant England were set a target that, if reached, would be the second-highest run chase in Test cricket at Headingley, and two quick wickets put the hosts in trouble at 15-2.

Out to avoid a third successive duck, however, Root dug in, putting on a vital 126 for the third wicket with Joe Denly (50), and the skipper was unbeaten alongside Ben Stokes (two not out) at the close with England needing 203 more runs for victory. 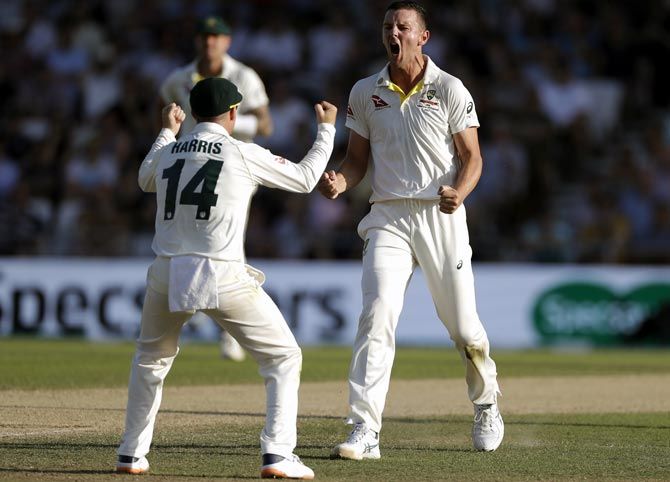 Australia would retain the Ashes with a win as England could only draw the series.

Earlier, openers Jason Roy and Rory Burns survived until lunch, but did not last long in the afternoon session, with Burns falling first to Hazlewood for seven, before Roy was clean bowled by Pat Cummins for eight.

Root, on the back of consecutive ducks in his last two innings, settled after a nervy opening to pass 1,500 Test runs against Australia. 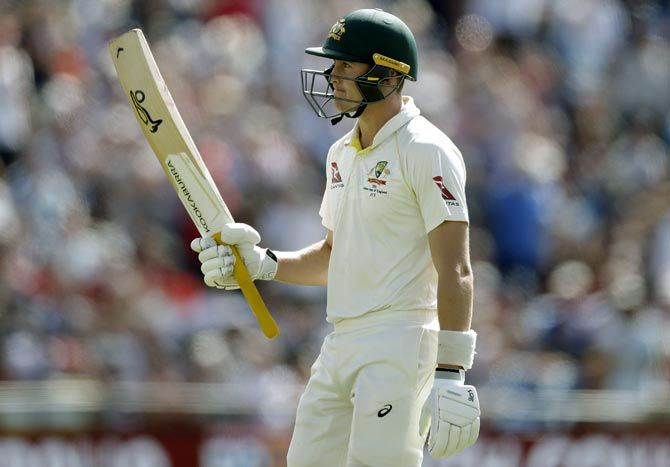 IMAGE: Marnus Labuschagne raises his bat as he leaves the ground after being dismissed for 80. Photograph: Ryan Pierse/Getty Images

Australia were all out for 246 in their second innings, setting England 359 runs to win to keep alive the series.

Leading 1-0 in the five-match series, Australia need only to win one more Test to make sure they cannot lose it and would retain the Ashes for the first time in 17 years. 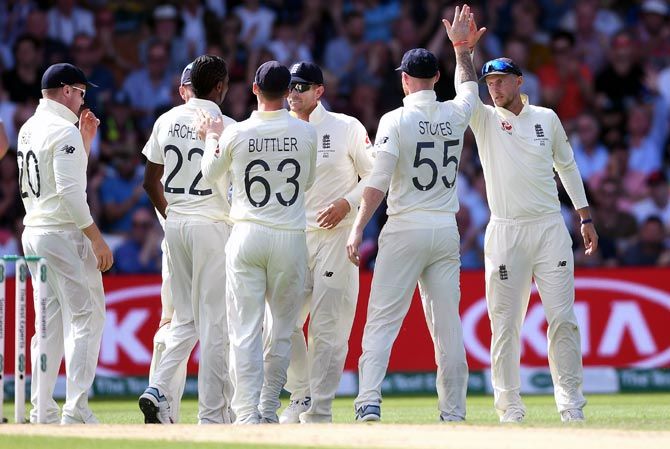 They added to their lead on a frustrating morning for England until, eventually, Jofra Archer struck to remove James Pattinson for 20, before Pat Cummins came and went quickly for six, caught off the bowling of Ben Stokes. 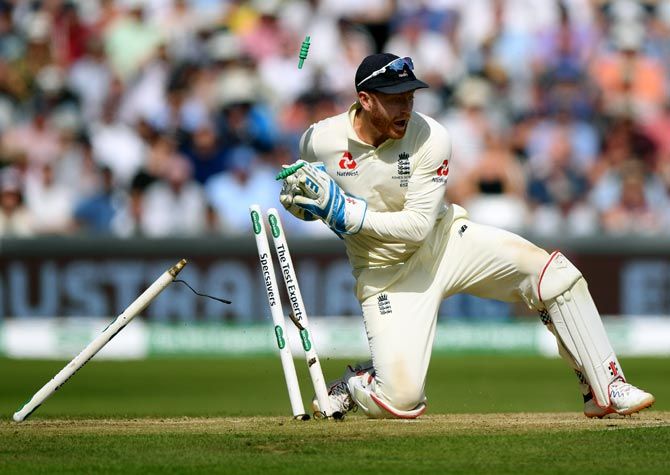 The key wicket of the Test's leading scorer Marnus Labuschagne followed as he was run out for 80 when trying to sneak a second run, before Nathan Lyon fell last to put England back in, up against it to salvage the series after the second Test ended in a draw.

© Copyright 2020 Reuters Limited. All rights reserved. Republication or redistribution of Reuters content, including by framing or similar means, is expressly prohibited without the prior written consent of Reuters. Reuters shall not be liable for any errors or delays in the content, or for any actions taken in reliance thereon.
Related News: IMAGE, England, Marnus Labuschagne, Joe Denly, James Pattinson
SHARE THIS STORYCOMMENT
Print this article 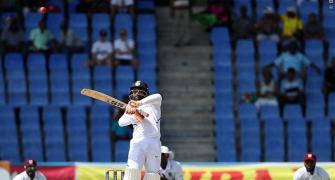 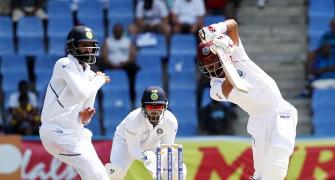 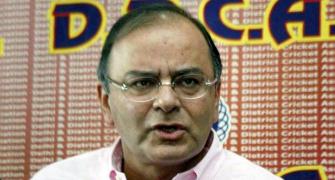 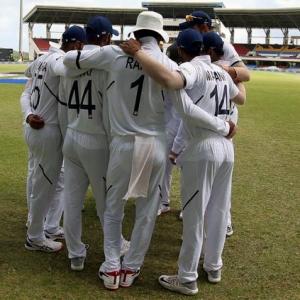 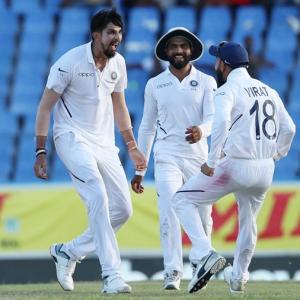