Criticised by the Indian cricket team for his poor decisions in the first Test against the West Indies, controversial Australian umpire Daryl Harper withdrew from the third match, starting July 6, at Roseau.

He will be replaced by Englishman Richard Kettleborough of the Emirates Elite Panel of ICC Umpires.

The third Test was to be Harper's final match as umpire of the elite panel. 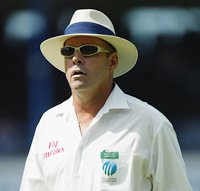 "Emirates Elite Panel umpire Daryl Harper has withdrawn from the third Test between India and the West Indies, which is due to start in Dominica on 6 July. His decision was made despite the fact that the ICC had full confidence in him to officiate the remainder of the series," ICC said.

"In the wake of some unfair criticism, Daryl has informed us that he does not wish to stand in what would have been his final Test," said Richardson.

"The reality of the situation is that Daryl's statistics show his correct decision percentage in Tests involving India is 96 per cent, which is considerably higher than the international average for top-level umpires.

"We have every faith in Daryl to finish the series and while we regret his decision we do respect it. The real shame is it deprives him of the opportunity to sign off as a Test match umpire in a manner befitting someone who has served the game so well since making his international debut back in 1994," Richardson said. 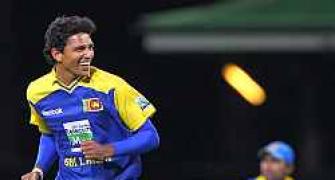 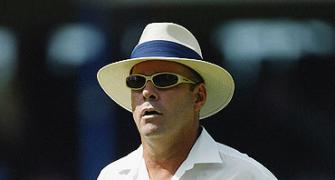