West Indies have named Trinidadian rookies Jason Mohammed and Sunil Narine in their 15-member team for the five One-Day Internationals against India, but once again there was no place for Chris Gayle.

"In the Super50 Jason showed maturity, guts and fight in the way he batted on some difficult pitches," Haynes said.

"He scored vital runs to pull his team out of difficult situations, scored the most runs in the tournament and... with the pitches in Guyana not being very different to the pitches in India... it augured well for his selection to the ODI squad.

"Sunil bowled well in Indian conditions in the Champions League for Trinidad and Tobago and then in the Super50 he was exceptional," Haynes said.

"Batsmen have difficulty reading him and we thought that he is deserving of his selection to show his worth against international batsmen."

The selectors once again ignored Gayle, who has not played for West Indies since the World Cup this year after a breakdown in his relationship with the board.

The Darren Sammy-led squad will take on India in the first one dayer at Cuttack on November 29, followed by matches in Visakhapatnam (December 2), Ahmedabad (December 5), Indore (December 8) and Chennai (December 11).

© Copyright 2020 Reuters Limited. All rights reserved. Republication or redistribution of Reuters content, including by framing or similar means, is expressly prohibited without the prior written consent of Reuters. Reuters shall not be liable for any errors or delays in the content, or for any actions taken in reliance thereon.
Related News: Sunil Narine, Jason Mohammed, Chris Gayle, Robert Haynes, India
SHARE THIS STORYCOMMENT
Print this article 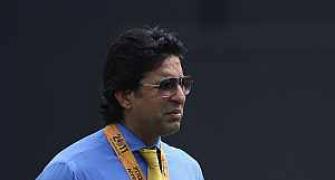 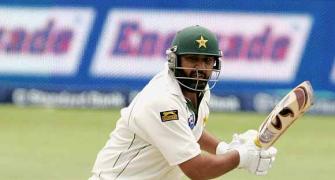 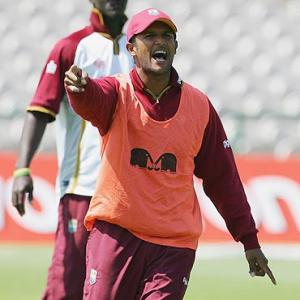 West Indies banking on Chanderpaul to save Test