IMAGE: Earlier this month, former Zimbabwe captain Heath Streak received an eight-year ban from all cricket after he accepted five charges of breaching the ICC anti-corruption code, including disclosing inside information to a suspected Indian bookie during his stint as IPL team Kolkata Knight Riders' bowling coach in 2018. Photograph: Matt Cardy/Getty Images

After being handed an eight-year ban by the International Cricket Council (ICC) for breaching Anti-Corruption Code, former Zimbabwe skipper Heath Streak on Thursday released a statement saying that he was not involved in any sort of match-fixing.

"I also want to place on record to the public and fans that I was not involved in any match-fixing, spot-fixing, or attempts to influence a game or share information from a changeroom during a match at any given time in our relationship. This position has been confirmed by the ICC itself in its own statement," Streak's statement read, as reported by ESPNcricinfo.

Streak was charged by the ICC as a participant under the Code by virtue of his status as the coach of Zimbabwe from 2016 to 2018 and as the coach of various domestic teams.

Under the provisions of the Code, Streak chose to admit the charges and agreed with the sanction with the ICC in lieu of an Anti-Corruption Tribunal hearing. He will be free to resume his involvement in the game on March 28, 2029.

"In 2017, I met an individual keen to invest in cricket in Africa, and in particular they wanted to sponsor a T20 tournament in Zimbabwe, which would be called the Safari Blast. The individual was subsequently vetted and cleared through the usual protocols and to be honest, I let my guard down as the friendship and potential business partnership blossomed. The nature of our relationship was fraternal and cordial at all times. I genuinely believed it was a safe space. I also hoped the relationship would be beneficial not only to myself and to the academy but to Zimbabwean cricket and I pursued its growth with vigour," said Streak.

"At the onset I was engaged, and paid the Bitcoin, to assist in buying and building teams in different regional T20 competitions, which was successful, resulting in the purchase of a team in Dubai for this individual. Much later on in our friendship, the only other thing I received was a bottle of whisky and my wife was gifted a phone. Several months down the line the ICC then brought to my attention the fact that the individual with whom I had been dealing, and some of the information that I had shared during our friendship/interaction may have been used for online betting," he added.

"I also hope that cricket in Zimbabwe should not be punished or suffer for my actions directly or indirectly. I commit to serving out my sanction as guided by the ICC and am committed to helping them and cricket in Zimbabwe in whatever manner I can. I look forward to continuing to contribute to the development of cricket in Zimbabwe, making amends and returning to the game as and when the ICC sees it fit," said Streak. 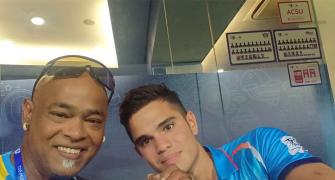 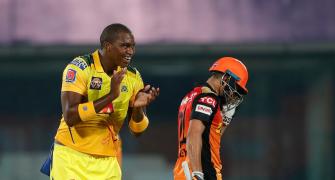