'I am looking forward to watching these three guys going against each other in the World Cup and watching them confuse batsmen which I like to see.' Shane Warne doesn't like defensive bowlers in limited overs cricket and that's the reason three of his current favourites are India's Kuldeep Yadav, Pakistan's Yasir Shah and Afghanistan's Rashid Khan, who are 'not at all scared of getting hit'.

In the past couple of years, the wrist spinners have dominated the white ball space primarily due to their wicket-taking ability but the legendary Australian refuses to buy the argument that finger spinners are losing relevance in limited overs format.

"A good spinner bowler is a good spin bowler. It doesn't matter if he is a wrist spinner or a finger spinner. Saqlain Mushtaq, Muttiah Muralitharan, Daniel Vettori, there were so many good finger spinners in my time," Warne said on Friday.

But having a good wrist spinner in a line-up has it's own set of advantages.

"If you get a good wrist spinner, they are always going to get picked as they will always take wickets. They might go for a few more runs than someone else but they will always pick wickets. ODI cricket or even T20 is all about taking wickets in the middle overs and it is generally spin," said Warne.

Asked about his favourite spinners in white ball cricket, Warne said: "The top three who I like watching and certainly I believe has an influence on games are Rashid Khan, Yasir Shah and Kuldeep Yadav. Those three are the best three going around at the moment and I really enjoy them watching the most," the 49-year-old said. IMAGE: Kuldeep Yadav is one of Shane Warne's favourites among the current lot of spinners. Photograph: Julian Herbert/Getty Images

Warne doesn't mind each one possessing different strengths as long as it gives desired results.

"They are very different from each other but they get the job done. And one thing that they all do. They attack. They don't defend and they don't mind being hit for runs. So I am looking forward to watching these three guys going against each other in the World Cup and watching them confuse batsmen which I like to see."

For someone, who loves a bit of flamboyance, Warne said that he would love to see young Rishabh Pant travelling to England for the World Cup as a specialist batsman despite a string of low scores.

Warne believes that it will be a smooth transition whenever Mahendra Singh Dhoni decides to bid adieu to international cricket.

"MS Dhoni has to play in the World Cup. MS Dhoni is a class act and Virat Kohli needs his leadership experience as well to help him when the times are tough. You have a successor and the name is Rishabh Pant. He takes over when Dhoni decides to retire," Warne added.

The world's second highest wicket-taker in Test cricket feels that it doesn't need to be Dhoni versus Pant.

"I believe that Rishabh can play in the World Cup. They (Dhoni and Pant) can both play together in the XI. Dhoni is the keeper and Rishabh bats. I don't think you have to say its Rishabh or Dhoni.

"Dhoni should be that experienced player, the keeper, the leader, the finisher and Pant can bat anywhere from 1 to 6. So when Dhoni decides to retire, Rishabh Pant takes over. It's that easy," he said. 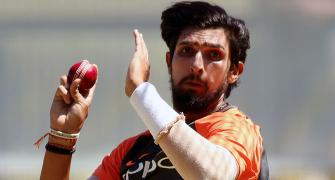 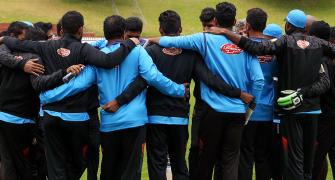