Like last year, we will look to put NZ under pressure from ball one: Kohli A series win against a strong Australia and the performance in New Zealand last year gives India a lot of confidence ahead of a fresh tour beginning on January 24, said skipper Virat Kohli whose team will be aiming to put the Black Caps under pressure from the word go.

India will be playing five T20s, three ODIs and two Tests in New Zealand. They had beaten the hosts 4-1 in ODIs before losing the T20 series 1-2.

"We are taking a lot of confidence from our performance (in NZ) last year. We were very positive in how we played, very sure of what we wanted to do. The thing about playing away is if you're able to put the home team under pressure, you can enjoy your cricket," Kohli said on Sunday night, in Bengaluru, after the seven-wicket win over Australia in the series-deciding third ODI.

"You have to win at home, there's that sort of feeling (for hosts). So if you bring out your A game, you can really put them under pressure. That's what we did last year, squeezed them in the middle overs, picked up wickets, spinners were outstanding. Looking forward to take that same intensity into the series."

Ahead of the New Zealand tour, Kohli said it became even more important to win the home series against Australia on Sunday. The team leaves for New Zealand on Monday night.

"We spoke of that at the huddle, that this is the last game we're playing in the series and if we win, you go on a tour on a happy note. If you lose, it can go under the radar, you can brush it aside as 'oh it's just one loss'."

"But when you win and win under pressure, the last two games were tough wins, it boosts your confidence which we're carrying forward," he said.

On the limited overs leg of the New Zealand tour, Kohli picked out the areas of improvement.

"Again, we want to bat well when we bat first and in case we're defending a low total, we should be able to do that as well. We can't afford to ease into the series after two games, because then it keeps getting tougher and tougher, so we'll look to make a mark in the first game that we play," he said.

Kohli did not win a toss in the Australia series but his team took that out of the equation by adapting to situations.

"We spoke after the World Cup the way we exited, you can't always look for a situation that should go your way at the toss. If we like chasing as a team, it doesn't mean we press the panic button if we lose the toss, we've to stay composed enough to put in strong performances."

"We've literally taken the toss out of context, and we're as prepared as possible to do something the opposition asks us to do," he said.

"That's been the difference, even if we lose the toss, we have the belief that we can play expressive cricket to get results our way. The last six or eight months have been a revelation and the younger guys stepping up is a very good sign for Indian cricket."

The skipper loves playing against Australia as it brings the best out of him. He explained why he relishes the Australian challenge.

"Last year (at home) after 2-0 up, we thought we're definitely going to win one of the three at home, but they showed us that they understand these conditions very well now (to win 3-2), having played here a lot in the IPL and so many tours over the years," Kohli said.

"So, although they had a stronger side (with Steve Smith and David Warner back) than last time, we thought if we play good enough, we can beat this team. The only thing we needed to be wary of was our body language and intent because that's Australia's strongest point."

"All the teams in the world are skilled but these guys play with the intent of making things happen every over you play against them. So you can't take your foot off the pedal at all, that's what we've done in the last two games. The partnerships that I mentioned today, even the singles were taken with intent," said Kohli.

India raced to victory in the series-deciding third ODI against Australia, courtesy fine knocks from Kohli himself and Rohit Sharma. They both could not stay till the end but the finishing touches were provided by Shreays Iyer, who remained unbeaten on 44. And the skipper was all praise for Iyer.

"I don't think he's (Iyer) going to have any issues anymore because he really went after their best bowlers and got the results. It took pressure off of me as well not having to take risks and the other guy striking at 140-145. I think it was really smart how we went about it," Kohli added. 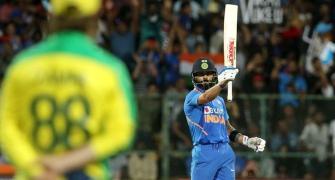 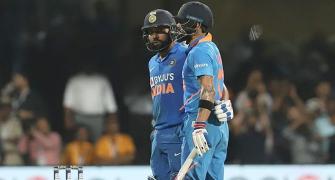 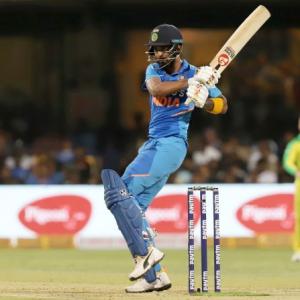 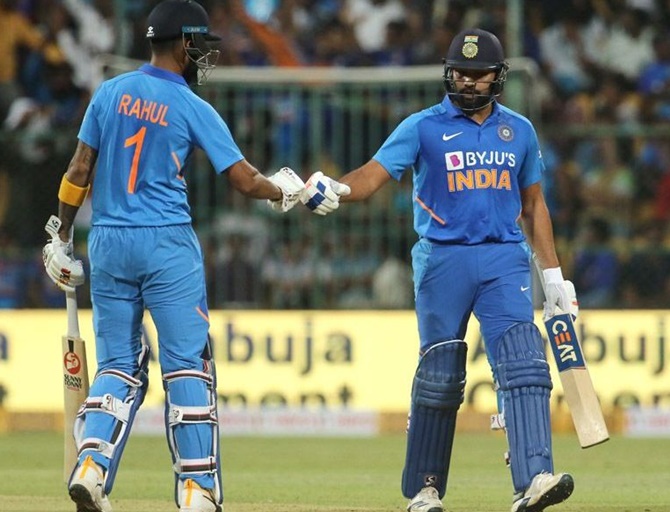