In what turned out to be a complete mismatch, Mumbai on Saturday trounced a hapless Delhi by 140 runs and advanced to the final of the Vijay Hazare Trophy.

The former champions will take on Bengal, who saw off Punjab, in the title clash on March 12.

Opener Wasim Jaffer laid the foundation with a solid 92, which came off 110 balls, but it was Abhishek Nayar's belligerent knock of 72 off a mere 41 deliveries, which propelled Mumbai to a commanding 295 for five at the Feroz Shah Kotla in New Delhi.

Though it was on the slower side in the second session, the pitch played much better compared to the previous matches, but Delhi buckled under pressure and were never really in the chase.

Electing to bat, Jaffer and Ajinkya Rahane (42 off 59 balls; 6x4) gave the visitors a sedate start, putting on 72 runs for the first wicket in just under 19 overs.

Sushant Marathe did not last long but Jaffer managed to stitch a half-century partnership with Anup Revandkar (22), who played in for the injured Suryakumar Yadav.

Delhi started the chase on a positive note, with both Shikhar Dhawan and Unmukt Chand showing intent.

Young Jagrit Anand (51 off 88; 3x4) was the only Delhi batsman to have offered some resistance, but his effort could not do more than delaying the initiative.

Revandkar finished up three wickets for Mumbai while Waingankar and Iqbal Abdulla chipped in with two apiece.

Wriddhiman Saha anchored his innings to perfection as Bengal defeated Punjab by three wickets to make it to the final of the National One-day Championship for the Vijay Hazare Trophy.

It is Bengal's fourth ODI final appearance in the last five years having lost on all three previous occasions. They will play Mumbai in the final scheduled on Monday.

Punjab scored a modest 205 for eight on a difficult track at the Services ground in Palam, Saha coming in at No 5 batted with lot of maturity on a track which had variable bounce.

Wriddhiman, who has now scored his sixth consecutive half-century remained unbeaten on 53 off 71 deliveries with three fours. But it was his running between the wickets that made the difference as he pushed his partners to convert ones into twos and twos into threes.

Credit should also be given to Mohammed Shami (22 not out, 7 balls, 3x4, 1x6) whose cameo made things much easier in the end than it looked. He hit Vinay for a four and then a big six into sight-screen to finish off the match in style.

Source: PTI© Copyright 2020 PTI. All rights reserved. Republication or redistribution of PTI content, including by framing or similar means, is expressly prohibited without the prior written consent.
Related News: Bengal, Wriddhiman Saha, Wasim Jaffer, New Delhi, Harbhajan Singh
SHARE THIS STORYCOMMENT
Print this article
C B Series: Only Kohli among 10 most valuable players 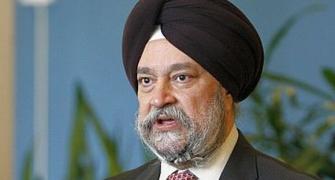 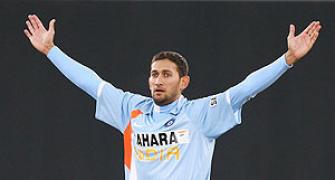 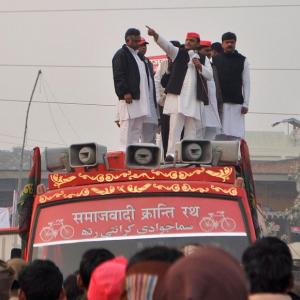 'Fresh leadership will bring in a fresh atmosphere'