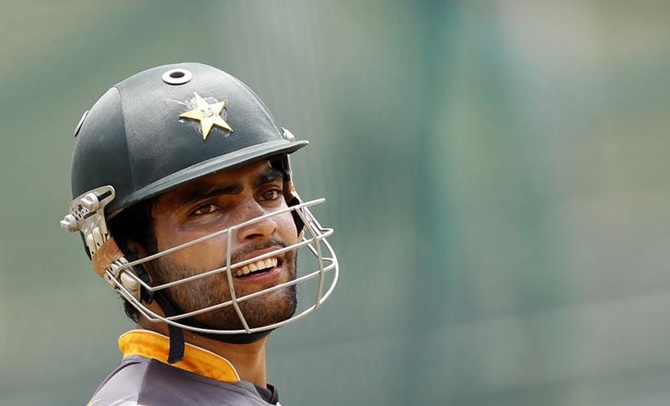 IMAGE: Umar Akmal made his debut in August 2009 and played just 16 Tests, 121 ODIs and 84 T20 internationals for Pakistan despite scoring a century on Test debut. Photograph: Dinuka Liyanawatte/Reuters

Umar, who was provisionally suspended on February 20 and barred from playing for his franchise, Quetta Gladiators, in the Pakistan Super League, has been charged for failing to disclose corrupt approaches to the PCB Vigilance and Security Department (without unnecessary delay). He was issued the charge-sheet on March 17 and given time to respond until March 31. This was a breach under 2.4.4 for PCB's anti-corruption code.

According to the Anti-Corruption Code Article 6.2, the range of permissible period of ineligibility for those charged and found guilty for a violation of Article 2.4.4 is a minimum of six months and a maximum of a lifetime.

Umar, 29, has had a chequered career since making his debut in August 2009 and has since played just 16 Tests, 121 ODIs and 84 T20 internationals for Pakistan despite making a century on Test debut.

His last appearance was last October during a home T20 series against Sri Lanka and before that he also played in the March-April, 2019 One-day series against Australia in the UAE.

Umar, who has a penchant for getting into trouble with the establishment, was reprimanded and cleared in February just before the PSL for allegedly misbehaving with a trainer during a fitness test in Lahore.

The PCB had then said that the incident occurred as a result of a misunderstanding.

Before that also, on numerous occasions, he faced disciplinary action, the most notable being when he clashed with former head coach Mickey Arthur in Lahore during a practice session and accused him of using abusive language.

He was also sent back from the 2017 Champions Trophy in England after failing a fitness test, but Umar claimed Arthur didn't want him in the team.

Waqar Younis, another former head coach, had also, in a much-publicised confidential report which was leaked out, advised the board to drop Umar from the Pakistan team and send him to play domestic cricket for at least a year to gain cricketing discipline.

The talented batsman who scored a double century in the final of the Quaid-e-Azam Trophy in December in Karachi has gained the reputation of shooting himself in the foot.

Since he was suspended by the PCB last month, Umar has kept a low profile and stayed away from the media spotlight.

Get Rediff News delivered into your Inbox.
Source: PTI  -  Edited By: Harish Kotian© Copyright 2020 PTI. All rights reserved. Republication or redistribution of PTI content, including by framing or similar means, is expressly prohibited without the prior written consent.
Related News: PCB, T20, Umar Akmal, Pakistan, Mickey Arthur
SHARE THIS STORYCOMMENT
Print this article 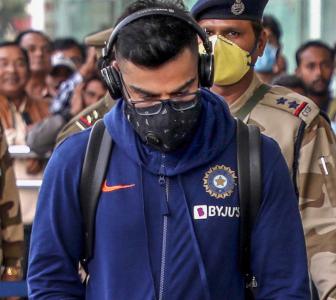 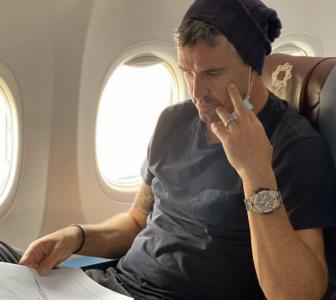 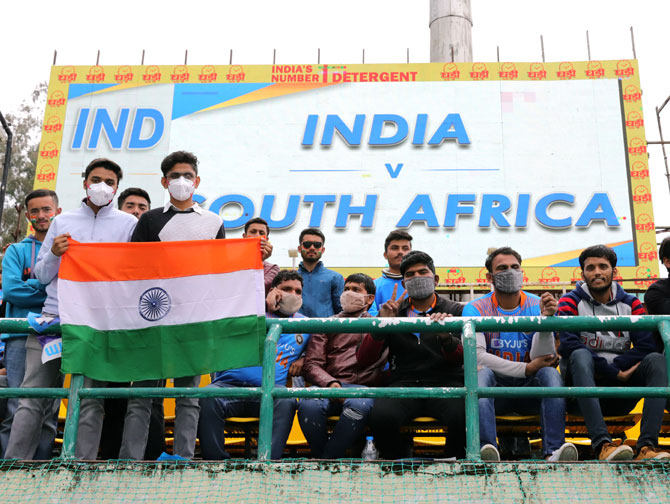