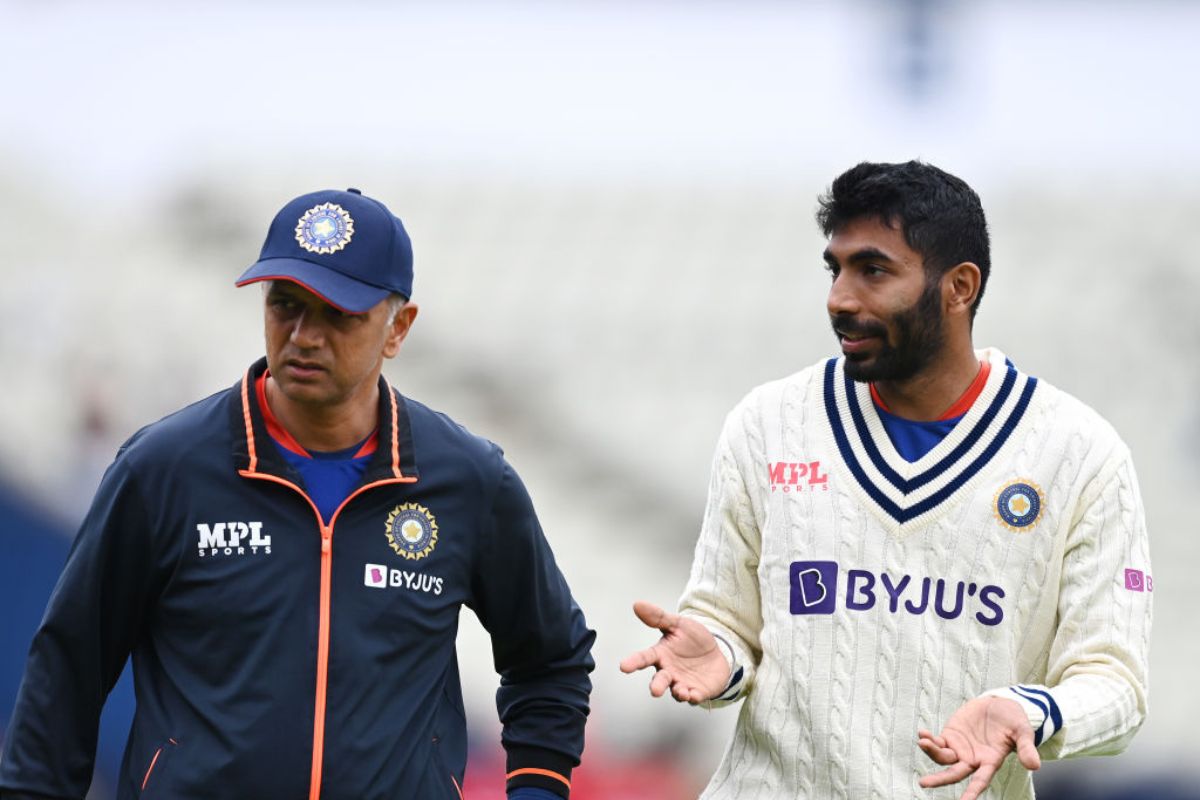 IMAGE: Rahul Dravid missed out on having Jasprit Bumrah as an option due to injury. Photograph: Gareth Copley/Getty Images

A dated batting approach in the powerplay by the biggest stars, failure to zero in on one of the two wicket-keepers, and head coach Rahul Dravid's aversion to taking risks contributed to India's failure to go all the way in the showpiece in Australia. Their campaign ended with a 10-wicket surrender against England in the semi-finals in Adelaide on Thursday.

At the end of it all, Dravid's one-year report card doesn't paint a rosy picture and a meticulous planner like him will sit back and think hard about the tough calls he might need to take before the ODI World Cup in a year's time.

There are multiple reasons for the sixth defeat in nine years in a knockout game of a global competition.

The first will be the absence of Jasprit Bumrah and Ravindra Jadeja due to a stress fracture on the back and knee surgery, respectively. Bumrah's presence always meant that there is a cushion of two overs at the death. Jadeja is a pure all-rounder who could be used as a floater in the batting order to bring a left-hander into the equation.

But for a team that often harps on "only controlling the controllable.", here are some of the main reasons for the disaster that was waiting to happen.

Perhaps KL Rahul, Rohit Sharma and, to a somewhat lesser extent Virat Kohli, would admit that they failed to change their game with certain sameness in their styles.

As Nasser Hussain wondered why India played "old-fashioned powerplay cricket", Dravid in one of his interactions had admitted that they indeed failed to display the fearlessness expected in tough conditions for batting.

Against South Africa on a pitch that offered pace, they managed 33/2 while in an earlier game against Pakistan, it was 31/3 at the MCG. Then, on a placid Adelaide Oval track, 38/1 was inexcusable.

Among the 16 teams that played this edition of the T20 World Cup, India with a tournament average powerplay run rate of 6.02, lay at an abysmal 15th place. Only UAE had inferior rate at 4.71.

The buck stops at the top three's inability to score at a breakneck pace. But in the lead-up to the tournament, in the UK and the West Indies, Rohit did show a change in his style during the first six overs, and his strike rate had risen to the high 140 range.

But his propensity to play the pull shot and getting out multiple times is an indicator that his reflexes have slowed down.

During some of the pre-World Cup T20 games, Rohit had Rishabh Pant for company who was going hammer and tongs and Suryakumar Yadav also was tried at that position. Even Deepak Hooda with his fearless approach looked the part as an opener.

Everything changed once Rahul got fit and there was unbelievable desperation to see him succeed. Rohit also got defensive, the moment Rahul joined him.

In fact, Rohit and Kohli in a bcci.tv interaction discussed how they need to "protect Rahul and keep him in a good mind space".

In that interview, Kohli also mentioned that he has told coaches about his approach where he would require 10 balls to set up the game. A strike rate of 136 is decent but it's not going to win you tourneys. Allowing Liam Livingstone to bowl three overs by taking singles couldn't be a thing in isolation.

Rahul has good T20 numbers, but if his IPL performances are looked at, very few have come in crunch games and he always takes time to accelerate. He played two maiden overs in the powerplay, which is just not acceptable in this format.

Whether one likes it or not, Pant in white-ball cricket is at his best when he is opening the innings without a care in the world. He might not have got big runs but he showed intent. The moment it became a middle-order slot, the semi-retired Karthik at 37, came into the picture.

The role of a designated finisher, with a target of 25 to 30 off 10 balls, is a good challenge on the sub-continental surfaces where he plays the IPL, but the moment the ball bounced a bit extra and jagged around, he was found wanting.

Then suddenly, a match before the semifinals the "Karthik experimentation" was done away with, and the team management sought the left-handed option in Pant. If Karthik was specifically prepared for the last four months for this tournament, why did the team, citing tactical change, switch to Pant? His confidence in this whole merry-go-round took a serious beating. This was done only to accommodate Rahul at the top.

Yuzvendra Chahal is India's top wicket-taker in T20Is, but surprisingly, hasn't played a single T20 World Cup game as he was dropped in one edition and warmed the bench this time.

Someone who can turn his leg breaks and bowl a good googly, Chahal wasn't played against the English batting line-up, against whom he had good matchups. Instead, they preferred Axar Patel, who was disappointing.

His wicket-to-wicket bowling on true surfaces with even bounce was cannon fodder for batters. Whether it was Iftikhar Ahmed or Alex Hales, he was being hit out of the park for fun. He played five games and couldn't complete his quota in most of them, going at an economy of 8.62 runs per over.

The logic that he is a batting-order floater also didn't work as he seldom got a decent hit. That raises the question of why would Chahal need a cushion of a lower batter (say Harshal Patel) in order to protect him. If the top five specialist batters aren't able to stack up the numbers, how could a bowler do that job?

Adil Rashid's dominance was a case in point.

Dravid has firmly entrenched himself in the position of the head coach in the last year but the time has come for him to dismantle the current template and set up a new one.

Batters such as Shubman Gill, Prithvi Shaw, Rahul Tripathi, Rajat Patidar have shown immense promise and need to be groomed with two years in hand for the next T20 World Cup.

Similarly, dumping Avesh Khan for a few bad end overs in the Asia Cup seemed a bit contradictory. Rahul got umpteen games to succeed and all it took to reject Avesh was a couple of bad outings.

Two bad Asia Cup matches and it was decided that Harshal Patel needed to be roped in post-injury, and such was his plight that he wasn't considered for any of the games after replacing Avesh.

Dravid needs to make tough calls but in one year, he hasn't rocked the boat. Will he do that in the future? 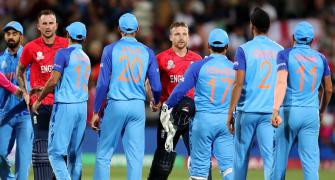 'India are the most under-performing white-ball team' 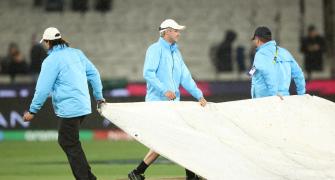 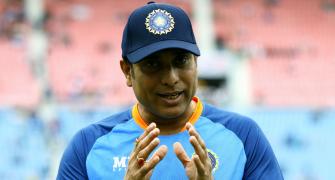 Dravid gets a break; Laxman to coach India in NZ 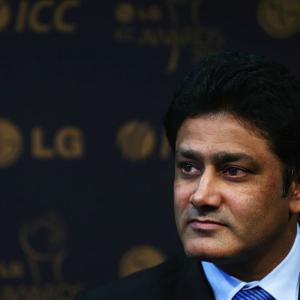 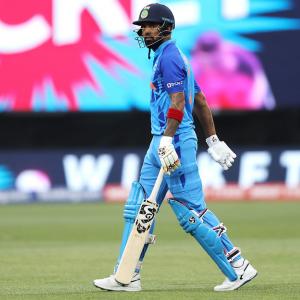 Kumble on how India can improve in T20 cricket...