Virat Kohli has 3794 runs in T20 Internationals, 927 of which have come in T20 World Cups -- the third-highest by a batter in the competition. 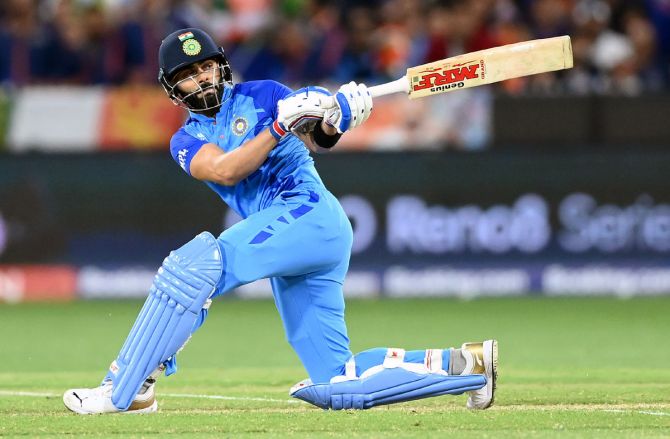 IMAGE: Virat Kohli turned back the clock, scoring an unbeaten 82 off 53 balls, which included six fours and four sixes, in India's thrilling victory over Pakistan in the T20 World Cup Super 12s match, at the MCG, on Sunday. Photograph: Quinn Rooney/Getty Images

The former India captain turned back the clock, scoring an unbeaten 82 off 53 balls, which included six fours and four sixes, as India clinched a memorable win over Pakistan off the last ball. In six matches at ICC Cricket World Cup events, Kohli has scored 1,030 runs, at an average of 46.81. Two centuries and six half-centuries have come off his bat, with the best score of 107.

He is the third-highest run scorer in the tournament's history, behind West Indies legend Chris Gayle (965) and Mahela Jayawardene of Sri Lanka (1,016). 'Not surprised by Kohli's knock, it's a lesson for us' 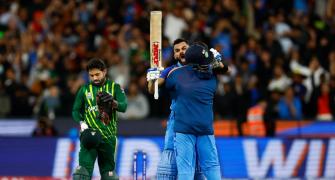 Kohli lost for words after his knock against Pakistan 'They call him King Kohli for a reason'