'Once you retire, it doesn't mean you never pick up a bat. We're picking up a cricket bat for fun, for enjoyment. While doing so if we can inspire thousands there's nothing wrong with it.'

'We're not here to create massive IPLs or anything like that. We're here just to try and give back to the people who love the game of cricket.'

Sachin and Shane in New York. P Rajendran/Rediff.com listens in. 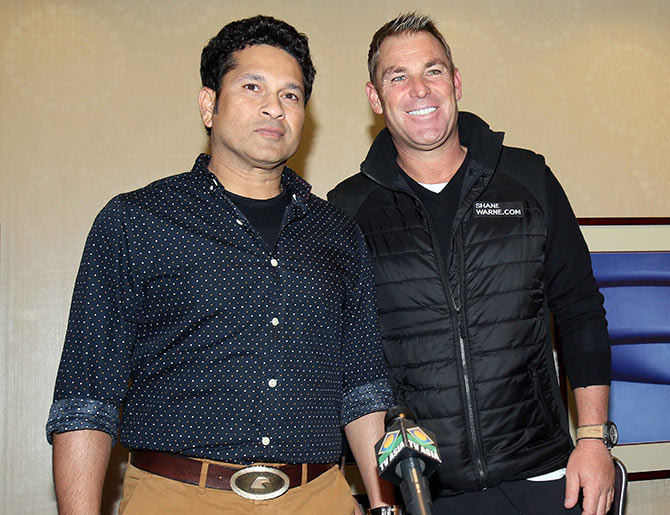 It is not often that jaded journalists get excited because a celebrity is coming; it usually takes a visiting prime minister or what's termed a 'calamity of epic proportions.'

But when cricket stars Sachin Tendulkar and Shane Warne -- retired though they are -- came to New York as part of their All-Stars tour to promote cricket in America, the journalists milled about them and went for selfies, autographs and group photos just like any other fan would.

"It is Sachin's and my vision," Warne said. "It's a great opportunity to bring cricket to America. We're both very passionate about the game of cricket. We've been playing against each other for 20 years. We've been very, very good friends for a long time. Our dream always is to globalise cricket -- engage people: Cricket lovers and non cricket lovers."

"I know to play a long series is not possible," Tendulkar said. "But to play three, four games is technically possible for retired cricketers. So why not use that energy, why not use that enthusiasm in different parts of the world to globalise cricket and get people excited about the game?"

He pointed out that the American women's cricket team would be practicing with the All-Stars, and he hoped there would be many young cricketers in the stands.

"We want youngsters to come and join us when we're practicing -- encourage them, spend more time with the great players of the last 20 years, and understand more about cricket," he said, "It's all about sharing knowledge."

Tendulkar pointed out that the game had a long way to go yet.

"Cricket is the second most popular sport in the world. But not as many countries are involved in it," he said, adding that the attempt was to find ways to increase the number of countries which can play cricket. Warne said the effort, for the moment, was to inspire people though it could become an annual theme.

Asked a different question, about players leaving cricket after retirement, Tendulkar stepped in, saying, "The reason for stopping cricket is because you can't be competitive at that level, but that doesn't mean you stop enjoying cricket. It's what we're doing: We're enjoying it. Once you retire, it doesn't mean you never pick up a bat. We're picking up a cricket bat for fun, for enjoyment. While doing so if we can inspire thousands there's nothing wrong with it."

"We know how passionate America is about sports," Warne said, "and we've always wanted to bring cricket to people that never had the chance to see these people live. We both love America and think there's an opportunity here to come to America and inspire people -- and also give back. New York is a great place to start."

Asked what difference Tendulkar and Warne hoped to make, given the power of baseball and other American games, Tendulkar said, "The expectation is that when we come here next time there are kids carrying cricket bats alongside baseball bats as well. By no means are we here to compete with other sports. America, being a sports-loving nation, we want to introduce one more sport." He cited the example of friends who came over from India but who went to games and learned baseball and basketball there.

"What I'm asking my friends to do is to reciprocate that." Tendulkar said. "Take Americans to baseball stadiums where cricket is being played. Teach them about cricket. The more you watch the more you, you know, play and learn. It's all about going out with an open mind, wanting to absorb as many things as possible: More information, more knowledge. And it's not a difficult sport to follow."

"The format that we're playing, T20, is an extremely exciting format," he added. "The game gets over in three hours. I think this is the perfect format to be introduced in America."

Asked if there were plans at any time to create something on the scale of the Indian Premier League, Warne said, "We're not here to create massive IPLs or anything like that. We're here just to try and give back to the people who love the game of cricket. If that develops into something else and suddenly there comes a huge demand for that, that's fantastic for all of us who love the game of cricket."

"For the moment, we're just trying to get as many people as possible to the game." 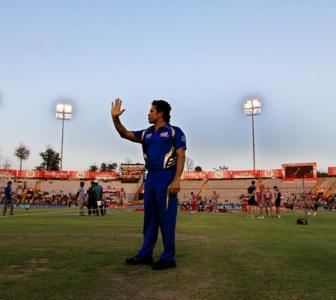 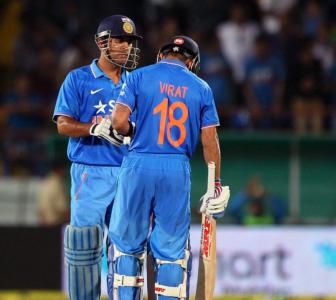 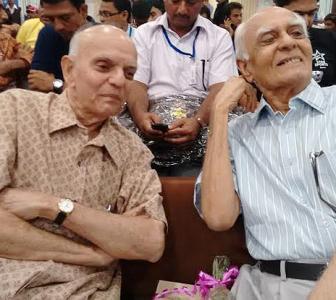 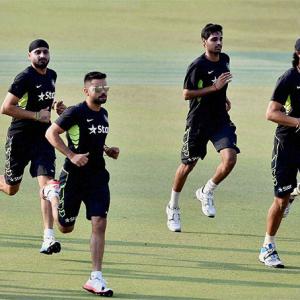 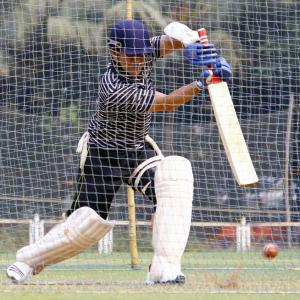