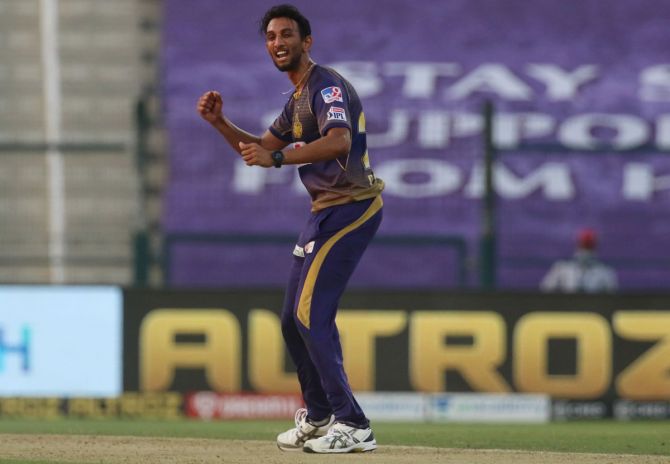 Krishna and Krunal have been rewarded for their good performances in the recently-held Vijay Hazare Trophy, while Suryakumar's selection was not a surprise given his stupendous T20 debut in the fourth T20 against England.

Krishna, who has been on the radar for a while and has also earned Virat Kohli's praise, took 14 wickets in the domestic 50-over competition. The right-arm pace bowler picked up 14 wickets in seven games at an economy rate of 5.44.

Krunal, who has played 18 T20s, earned his maiden ODI call-up by scoring two hundreds and as many fifties in five games for Baroda to tally an impressive 388 runs at an average of 129 in the Vijay Hazare Trophy.

All three ODIs will be played in Pune, starting March 23.

Wicketkeeper-batsman Rishabh Pant and pacer Bhuvneshwar Kumar are back in the side and so is Washington Sundar, who played his only ODI in December 2017.

Bhuvneshwar, who has done well in the ongoing T20 series, is set to play his first ODI since August 2019.

In the absence of the rested Jasprit Bumrah, who recently got married, and injured Mohammad Shami, the UP pacer will lead the pace attack along with Shardul Thakur, who made an impact with the ball in the fourth T20 International.

Left-arm pacer Thangarasu Natarajan has regained fitness and therefore finds a place in the squad following an impressive outing in Australia.

It seems, the squad has been picked in such a way that India continue to work on their preparation for the T20 World Cup.

Ishan Kishan has not been picked despite his impressive show in the T20s probably because the team already has two wicket-keepers in KL Rahul and Pant.

Rahul opens the batting in T20s but he is likely to bat in the middle order in ODIs with Shikhar Dhawan and Rohit being the team's preferred openers in the 50-overs format.

Pant is set to take over the gloves and also bat in the middle order, leaving no place for Kishan in the playing XI. Shreyas Iyer and Hardik Pandya are also set to continue in the middle order with India set to retain the core of the T20 batting line-up.

The players who have missed out from the previous series in Australia are Mayank Agarwal, Navdeep Saini and Manish Pandey.

Pressure will be on veteran Dhawan to perform from game one considering India are spoilt for choice in the opening department, which also has K L Rahul and Shubman Gill.

Following his impressive run in Tests, Mohammed Siraj has also been picked for the games to be played in front of empty stands.

Though Ravindra Jadeja has resumed training, he is yet to regain full fitness and hence has not been included. 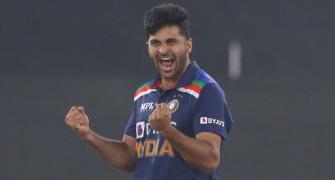 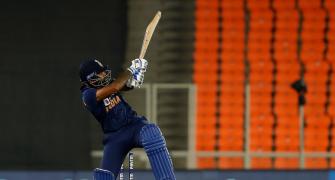 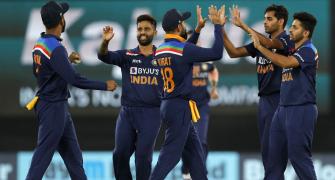 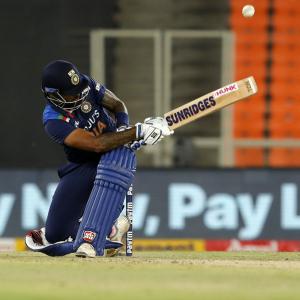 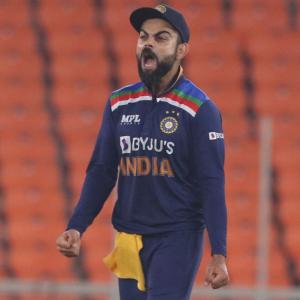