News
Business
Movies
Sports
Cricket
Get Ahead
Money Tips
Shopping
Sign in  |  Create a Rediffmail account
Rediff.com  » Cricket » 'Shardul was eager to get to his fifty, knew a 6 was coming'

'Shardul was eager to get to his fifty, knew a 6 was coming'

Thakur, Sundar talk us through their record-breaking partnership. IMAGE: India's Shardul Thakur goes on one foot to send the ball to the fence after lunch on Day 3. Photograph: Jono Searle/Getty Images

The record-breaking partnership between India's Shardul Thakur and Washington Sundar was the highlight of day three of the fourth Test against Australia. Interestingly, Shardul began his innings with a six and also got to his half-century by hitting a stunning six.

The Board of Control for Cricket in India (BCCI) posted a video of Ravichandran Ashwin interviewing Shardul, Sundar, and T Natarajan. Reflecting on beginning his innings by hitting a six, Shardul said: "At that time, I did not look to hit six, it was more of a reaction. I saw the ball and played that shot instinctively and it came out well for me."

For Washington, it was also a memorable debut as he got his first Test wicket in the form of Steven Smith and then got a half century.

Asked about it by Ashwin, Washington said, "Test cricket is the toughest format. I am very happy to start off in this fashion. God's grace and a lot of support from the family."

Ashwin asked Shardul to talk him through those "Vivian Richards-type cover drives" and the latter said: "I have not really practiced those. It was one of those days where I was batting really well and did not want to miss any opportunity. Any loose ball and I just felt like putting it away."

India were bundled out for 336, falling 33 runs short of the hosts' first-innings total. Shardul top-scored for India as he made 67 runs while Sundar accumulated 62 runs.

At stumps, Australia were at 21/0 in their second innings. The hosts are leading by 54 runs. David Warner is unbeaten on 20 runs while Marcus Harris is not out on one run. 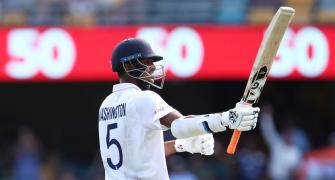 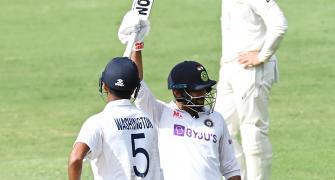 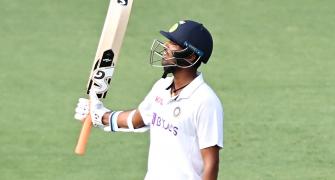 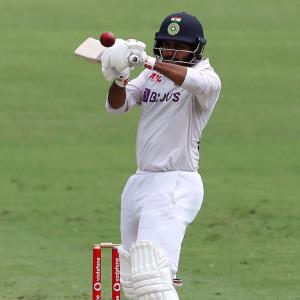