'Sport on TV can lift spirits during coronavirus lockdown'

'Isolation encourages idle minds and I think sport can create that theatre and level of expectation around what it's like to be outside again and be active.' 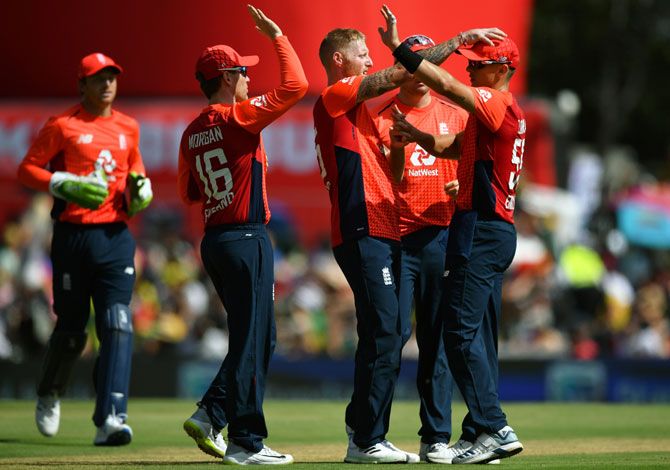 IMAGE: England's players celebrate a wicket during during a T20 International against South Africa in Centurion, on February 16, 2020. Photograph: Dan Mullan/Getty Images

England's limited-overs captain Eoin Morgan says giving fans the chance to watch live cricket on television, even if the matches took place without spectators, would help boost morale during the coronavirus pandemic.

The England and Wales Cricket Board has suspended all professional cricket until May 28 but is looking at the possibility of playing internationals behind closed doors.

"If medical experts advised us it was OK to play behind closed doors and it was on TV, I think that would be a huge step forward for the game," the World Cup winning captain told reporters in a conference call.

"Sport ... could play a huge role in uplifting the world and people's perspective on things.

"Isolation encourages idle minds and I think sport can create that theatre and level of expectation around what it's like to be outside again and be active."

England have home Test series against West Indies and Pakistan and limited overs matches against Australia from June to August but changes to the schedule look likely due to the coronavirus lockdown.

The ECB this week announced a 61 million pounds ($75.49 million) aid package to help the game withstand the financial impact from the coronavirus crisis.

It is yet to hold formal discussions with centrally contracted England players over potential pay cuts but Morgan said they are "open to helping in whatever way possible".

"We want to hopefully make an impact," Morgan added. "The difficult thing at the moment is to work out what the best way to help out as players is." Wimbledon cancelled for the first time since WWII 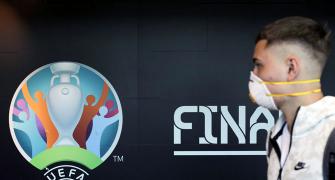 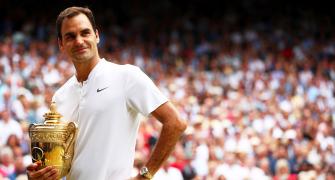