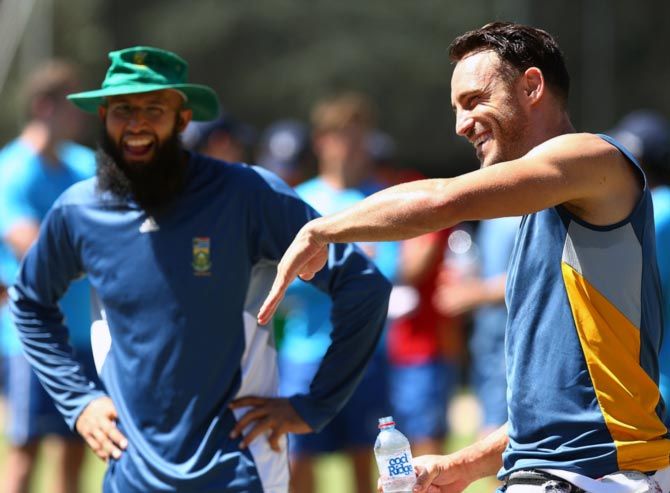 A strong South Africa T20 squad, with a judicious blend of youth and experience, opens its campaign in the 72-day tour of the country, with a warm-up match against on a talented bunch of India 'A' youngsters, in New Delhi, on Tuesday.

For the Proteas, captained in the T20 format by Faf du Plessis, the game against the Mandeep Singh-led India 'A' side will be more about getting into match simulation mode before they get going against Mahendra Singh Dhoni's team in the opening T20 International, at Dharamsala, on October 2.

Along with the attacking duo of David Miller and Quinton de Kock, their batting unit bears a formidable look.

With the Indian Air Force Ground in Palam not very big, one can expect some lusty blows from De Villiers, Du Plessis and Miller.

Even the bowling unit sans Dale Steyn and Morne Morkel has a specialist T20 feel to it. In any case, Steyn and Morkel are not leading T20 performers and will join the squad for the ODI series. 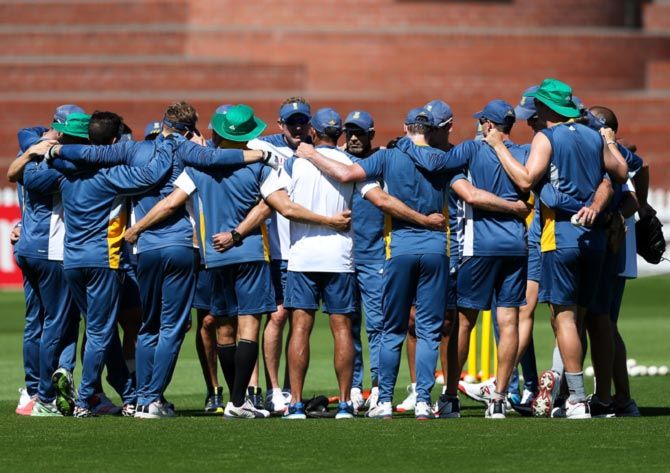 The likes of Albie Morkel, Chris Morris, Tahir and Kyle Abbott are all proven T20 performers with their variations in the shorter format, having plied their trade in the Indian Premier League.

India 'A' can be termed more of an India 'B' rather than a second string side.

The proper India 'A' team is currently playing a three-day match against Bangladesh 'A' in Bengaluru.

The side that will take on the South Africans comprises young IPL performers over the past couple of years.

As of now, none of these players are really close to selection to the senior India team, whose core looks set. However, with the ICC World T20 in another five months, a good performance can obviously make a difference.

The three spinners, Yuzvendra Chahal, Pawan Negi and Kuldeep Yadav, will fancy their chances ahead of the World T20, as none of the spinners, save Ravichandran Ashwin, is assured of his place in the India's T20 team.

Among the batsmen, Mayank Agarwal has had some success for the India 'A' in the recent few months.

Manan Vohra would like to do justice to his talent; he must consider himself lucky to get into the side despite not having a single 40-plus score in the last ten T20 matches that he had played in the IPL and Syed Mushtaq Ali Trophy.

Manish Pandey and Sanju Samson will also like to remain in the fray; scoring runs against quality T20 bowlers like Morris, Morkel and Abbott will certainly give them a lot of confidence.