Sign in  |  Create a Rediffmail account
Rediff.com  » Cricket » 'Keeping Tendulkar away from the game is next to impossible' 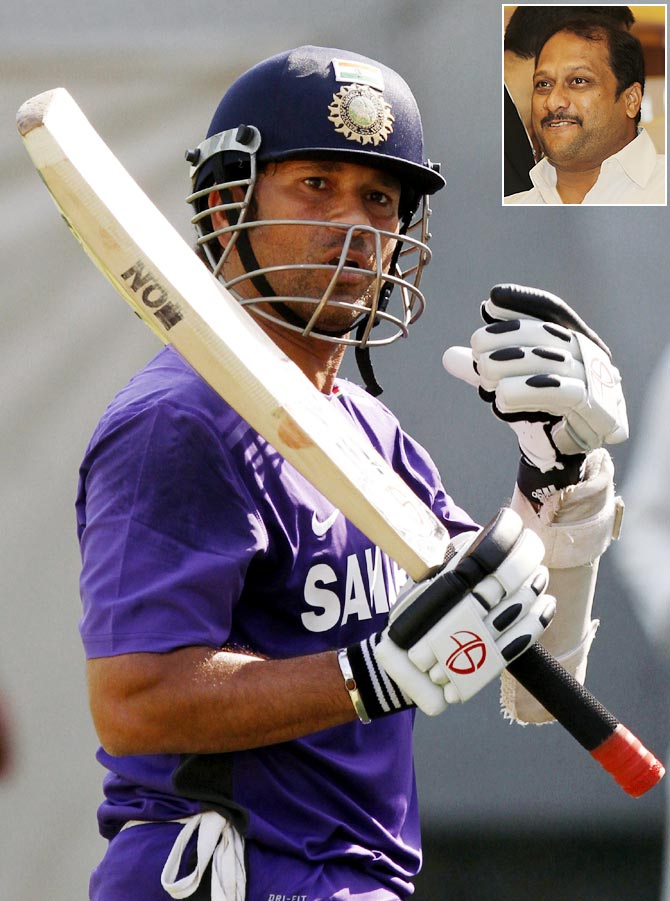 Atul Ranade tells Harish Kotian that Sachin Tendulkar's decision to retire had nothing to do with form or pressure from anyone.

Sachin Tendulkar's closest and oldest friend is both sad and happy about his retirement. "Sad," says Atul Ranade, "because we will all miss him," and happy, because he is quitting on his own terms and with his mother watching him in the stadium play for the first time.

Tendulkar, who will retire from cricket after playing in a record 200th Test, against the West Indies, in Mumbai next month, is bringing his mother Rajni along to the Wankhede stadium to watch him bat.

Since it will be the last match of his career he wanted his mother to come and see him play.

"His mother has never come to the stadium to see him, so this will be the first time that she will be watching him from a stadium, and that will make it very special. That goes to show the reverence he has for his parents or elders," Ranade told Rediff.com.

'It is very, very sad to see him retire' 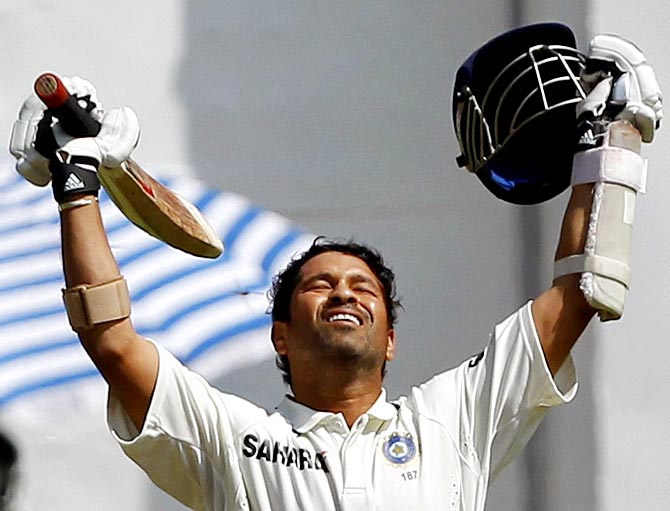 Ranade, who played first class cricket for Mumbai and Goa, is Tendulkar's friend since his school days, when they were aged three.

Last week, Tendulkar announced his decision to retire from Test cricket after playing his landmark 200th Test. The 40-year-old batting icon informed the Board of Control for Cricket in India about his decision to quit Test cricket after a glorious career, during which he aggregated 15,837 runs, at an average of 53.86, from 198 Test matches. In 463 ODI matches, he scored a whopping 18,426 runs, at an average of 44.83. He is the only batsman to score 100 international centuries -- 51 in Tests and 49 in ODIs.

Ranade is delighted that Tendulkar will bid farewell to the game in front of his adoring home fans and not on an overseas tour.

"It is very, very sad to see him retire, but we have to accept the fact that someday he had to. And he wanted to have the honour of saying goodbye to the people of his own nation at home. The pride would not have been the same in doing it in South Africa or anywhere else in the world. Now he is getting the chance to do it in his own nation, in front of his fans and on his home ground," he said.

Tags: Board of Control for Cricket , Ranade , Tendulkar , Goa , ODI 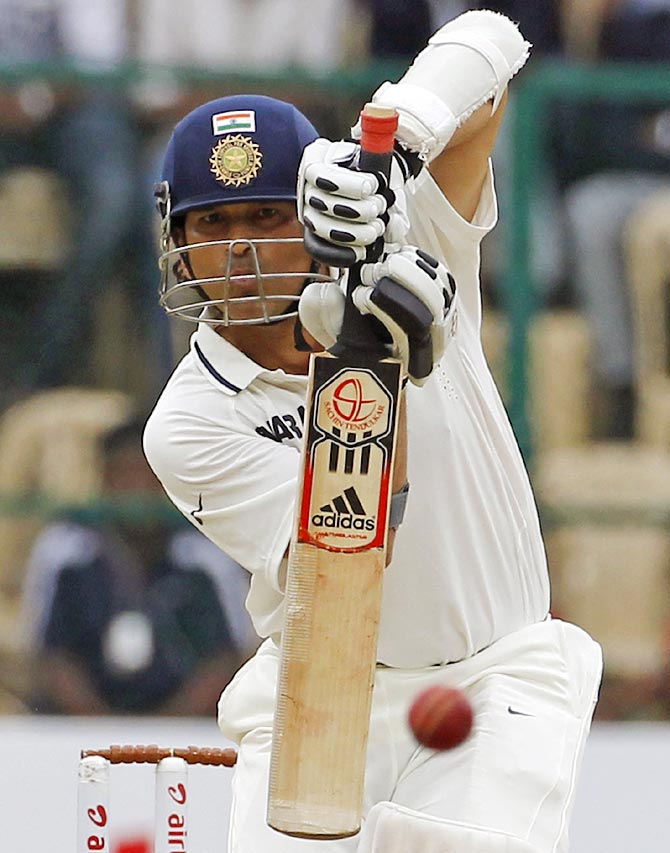 Ranade says Tendulkar himself chose the moment to retire, believing it was the right time to go, and it had nothing to do with form or pressure from anyone.

"He must have definitely felt that this must be the right moment; he chose it himself and nobody asked him to. People have been talking about his retirement for the last five years. He has not scored a hundred for the last 35-40 games but he averages nearly 40, I think. He has got out a few times in the 80s and 90s, but those things don't affect a legend like him," he said.

Ranade finds it impossible to imagine the day when Tendulkar walks out to bat for the last time in Test cricket.

"He is extremely proud to go out like this. It will be a very touching and crashing moment when he comes out to bat for the last time in whites. The whole nation is going to mourn," he said.

Ranade revealed that Tendulkar spoke to his close friends before making his decision public, adding all of them believed it was the right one and at the right time.

"He called me up to say that he is retiring and I was shocked, because I was not expecting it. He said he believes that this is the right timing and I just said 'I respect your decision'. He was always very vocal and used to say 'I know exactly what I am doing' and 'the day I stop enjoying I will hang up my boots', which he did," said Ranade. 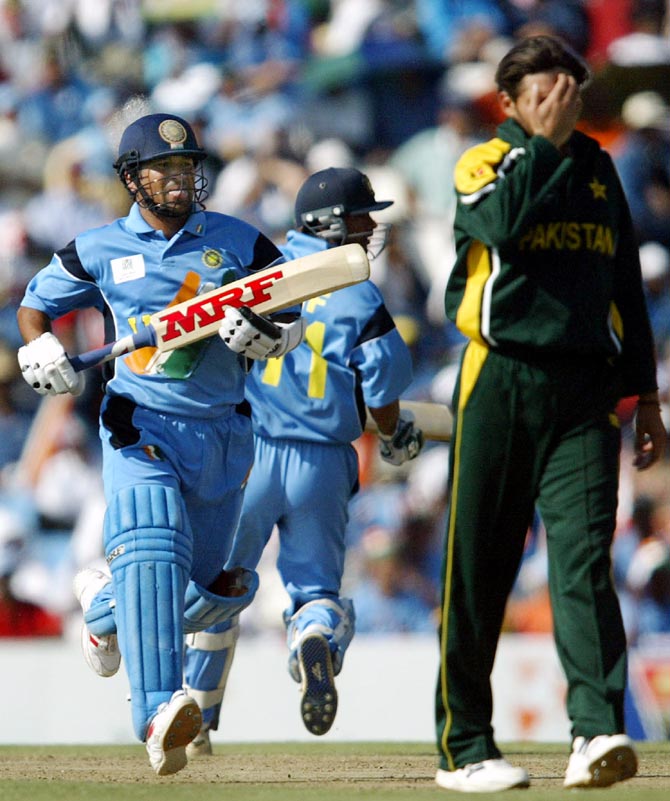 Asked to pick his favourite Tendulkar innings, Ranade was quick with his reply.

"Personally, my favourite Sachin innings of all-time is the 98 he scored against Pakistan, in the 2003 World Cup at Centurion, in South Africa. We [India] went on to lose in the final against Australia and he was saddest person on the ground that day even though he was awarded the Golden Bat by Sir Garfield Sobers. Every hundred of his was a masterclass but there have been some memorable ones, like against Australia, then in the West Indies, a couple of 90s against the South Africa quicks in Ireland on a green pitch."

"The game has given him so much; his longevity is amazing. It is about the level of focus he has; something like Michael Schumacher for years and years. All these champions are very special people. His level of focus is unmatchable. You will perhaps get just one person out of a million like him."

He believes that it will be impossible to keep Tendulkar, now 40, away from the game, as he has been involved with it since a very young age. 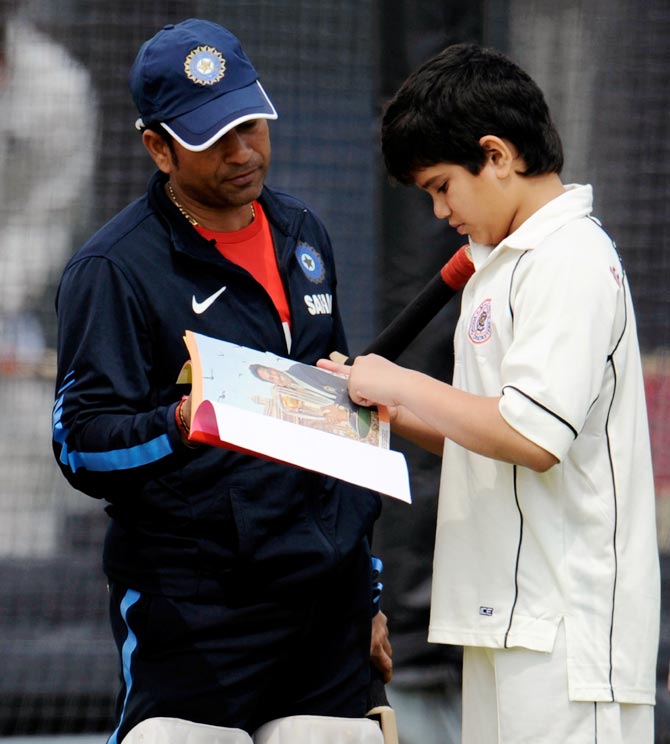 "I think it would be a bit of a bowl fish out of a bowl for him, but he will get time now to look into his son's small career which is setting up. He will try and give more inputs to him; he will have time to be with him, something he didn't for the last 14 years. He will be doing his fitness training and still be around, because you cannot keep a Sachin Tendulkar away from the game for long. To keep him away from the game is next to impossible," he said.

Ranade revealed that the Indian batting great has already begun preparation for the new season and had a net session at the MIG ground in Bandra, Mumbai, on Sunday, where they also performed a small puja to celebrate Dussehra.

"I did speak to him after his retirement announcement. I had a little net session with him at the MIG, where we did a puja [worship] on Dussehra day and put flowers on the bat, ball and stumps. He has that habit of doing that every Dussehra and we did that yearly puja yesterday. He had a decent net session for about half an hour, hitting the ball, so he has already started his practice for the Ranji Trophy, trying to get himself back in the four-day format."

'He was such a bundle of mischief, always up to something' 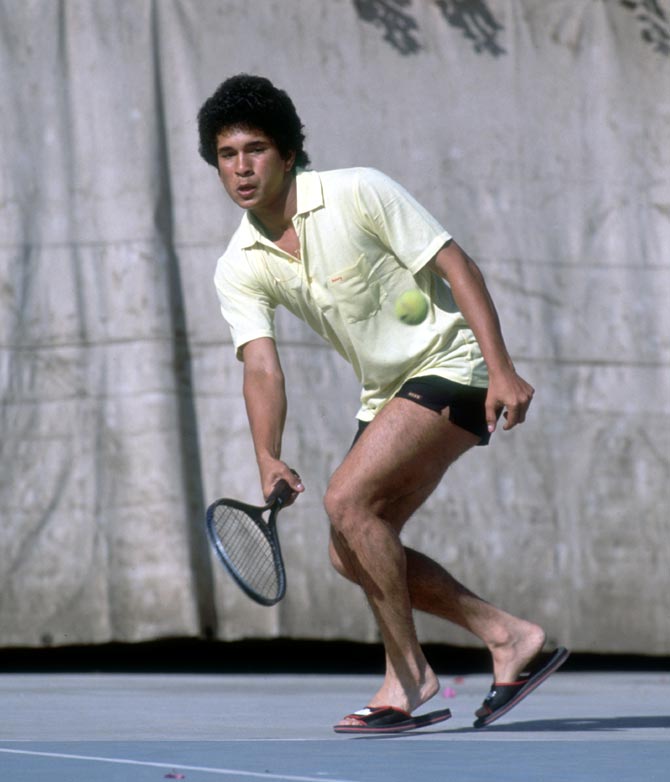 Recalling their childhood days, Ranade remembers Tendulkar as a mischievous kid who was always up to something.

"I know him from junior KG [kindergarten] days, when were like three years old. He was such a bundle of mischief, always up to something. He would never sit in one place, always going around. I tried to be on his side so that I did not get bashed up by him. Those days were great days and then we met again in Sharadashram School and everything we did in school he still has it etched in his memory. Whenever we sit down for dinner, or meet up, we talk about the old times. It's great to talk to him."