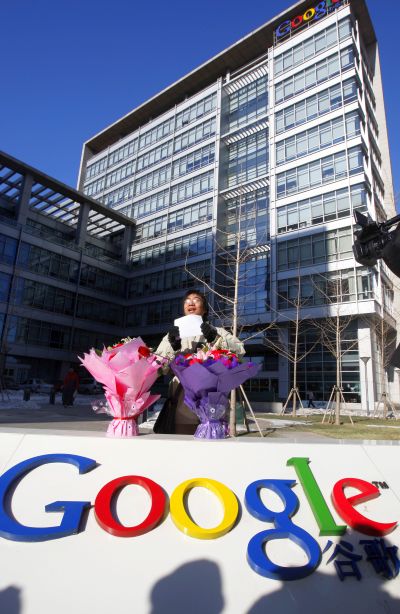 Google has been one of the best wealth creators for investors. On Friday, its shares jumped past $1,000 proving that investors continue to believe in its dominance of the mobile and video advertising businesses.

The success of the company is also built on its failure and learning from ideas that seemed revolutionary at first but were discontinued due to lack of user interest or because they didn’t live up to the company’s expectations.

Let’s look at 15 such projects by Google and why the company had to discontinue them. 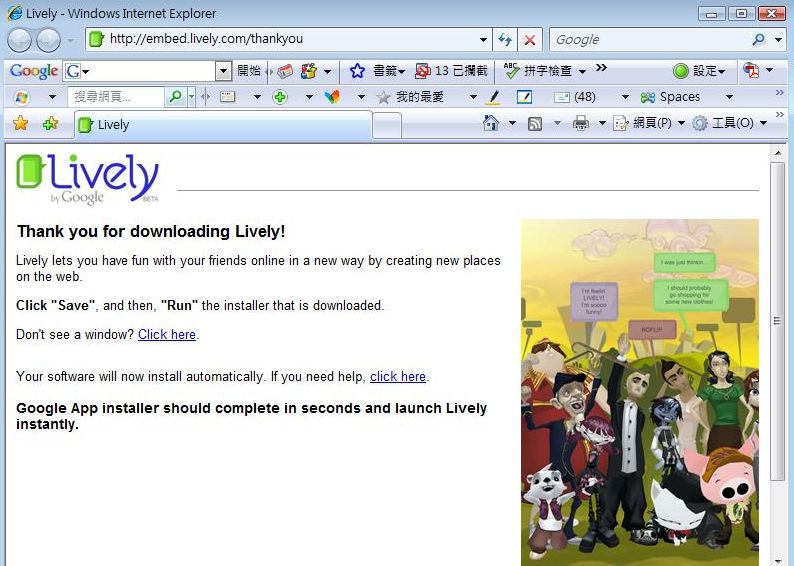 What was it: A virtual environment to chat and share. Think of it as a 3D chat programme or a 3D social networking site where the user could customise every aspect of the room he or she created.

Why was it discontinued: The company wanted to focus more on the core search, ads and apps business.

When: The Lively team said in a blog post on November 19, 3008 that the services will be "discontinued at the end of December (2008), and everyone who has worked on the project will then move on to other teams.” 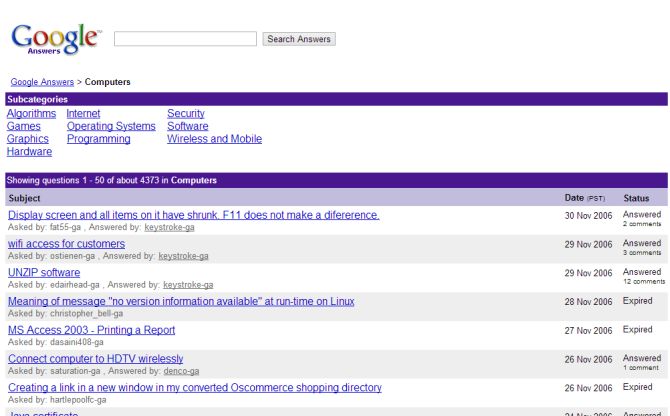 What was it: Google Answers was a portal that allowed users to post bounties for well-researched answers to their queries. The person asking the question would pay anywhere between $2 to $200. In addition, he or she could also leave a tip of up to $100.

For example, someone wanted to know the manufacturers of LCD screens in South Africa. The person would post question with a bounty on it.

Google retained 25 per cent of the researcher's reward and a 50 cent fee per question.

Why was it discontinued: Google just said that 'other product considerations made it more effective for us to focus our efforts on other ways to help our users find information.'

When: In late November 2006, Google reported that it planned to permanently shut down the service by late December 2006. You can still access some of the archives. 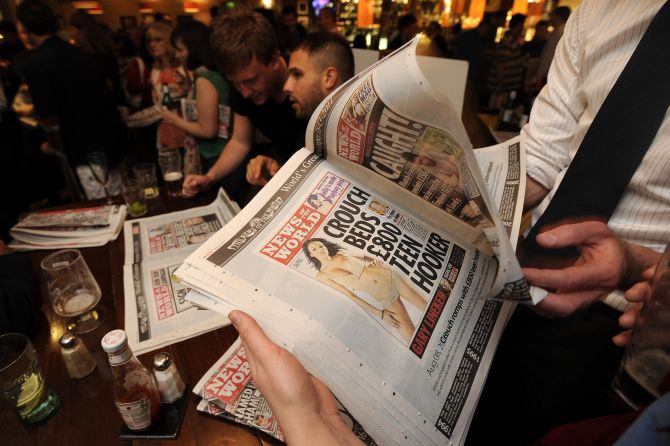 What was it: Google got into selling print ads and radio ads at a much lower cost. It even reached a deal with Clear Channel Radio, whereby Google was supposed to sell about 5 per cent of its advertising space.

Why was it discontinued: Google said that the projects did not live up to its expectations and it did not have the impact that the company had hoped for.

When: The services were discontinued in 2009. 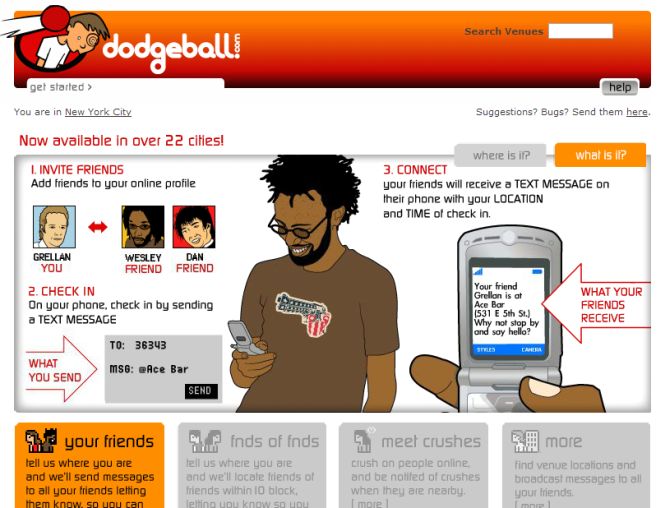 What was it: Dodgeball was a location-based social networking service that the user could use via text message. It allowed a person to broadcast his or her location to other users. They could then meet up.

Why was it discontinued: Google did not specify the reason. But the service was replaced with Google Latitude.

When: In January 2009 Google executive Vic Gundotra announced in Google Code Blog that the company would 'discontinue Dodgeball.com in the next couple of months, after which this service will no longer be available.' 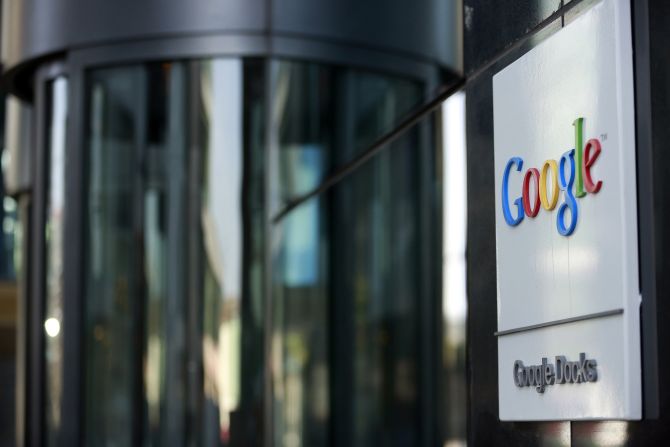 Image: The Google offices are seen near the city centre in Dublin.
Photographs: Cathal McNaughton/Reuters

What was it: It was an application that allowed user to browse, clip, and organise information from across the web in a single online location that's accessible from any computer. It was a browser-based tool. The user could share it with others for collaboration and could also make the notebook public.

Why was it discontinued: On its website, Google says: “We loved working on Notebook, but sometimes we have to make the hard decision to focus more of our efforts on products and technologies that will yield the most benefit to users in the long run. With all the great innovations and improvements to Google Docs in the last few years, we think it’s a great replacement for Notebook."

When: Google started shifting the notebook data to Google docs in November 2011 and by July 2012 Notebook was shut down. 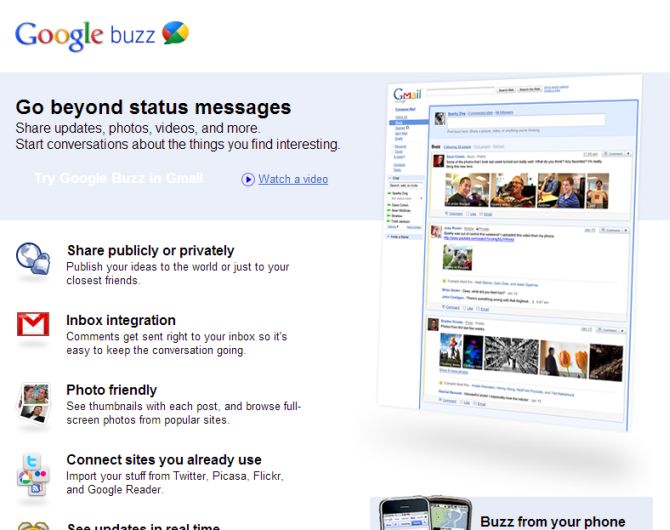 What was it: Most of you would remember Buzz - Google’s first attempt at introducing a rival product to Facebook. The social networking, microblogging and messaging tool was integrated into Gmail and the users could share links, photos, videos, status messages and comments.

Why was it discontinued: First it had privacy issues. In fact, Gmail users bought a class-action lawsuit against the search giant. Second, users were unhappy with a social networking programme in their mail box. Google finally discontinued the service once Google+ was successful.

When: The company executive Bradley Horowitz announced in October 2011 on the official blog that 'in few weeks we’ll shut down Google Buzz.' 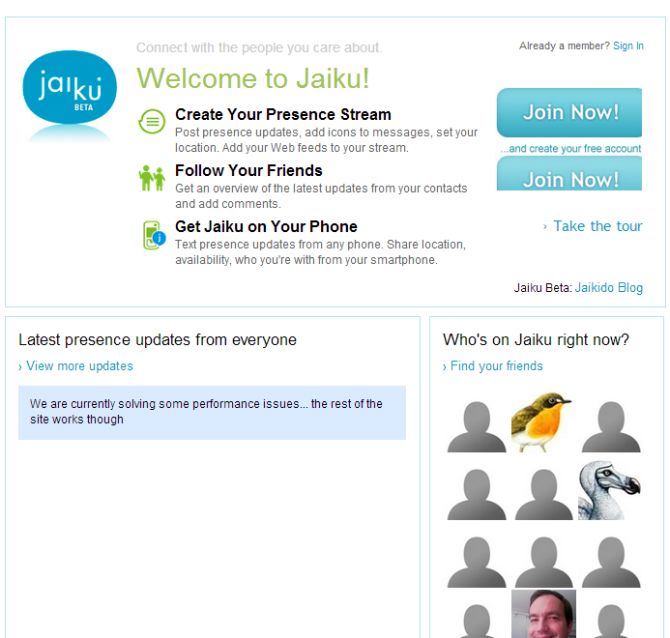 What was it: Comparable to Twitter, Jaiku was a social networking, micro-blogging and lifestreaming service. It was founded by Jyri Engeström and Petteri Koponen and bought by Google in October, 2007.

Why was it discontinued: Officially, Google did not give any reason for discontinuing the service. Some say that it was shut down as the company wanted to focus on Google+ and also Jaiku didn’t manage enough traction.

When: In October 2011, Google Bradley Horowitz wrote on the official blog that “Jaiku, a product we acquired in 2007 that let users send updates to friends, will shut down on January 15, 2012.” 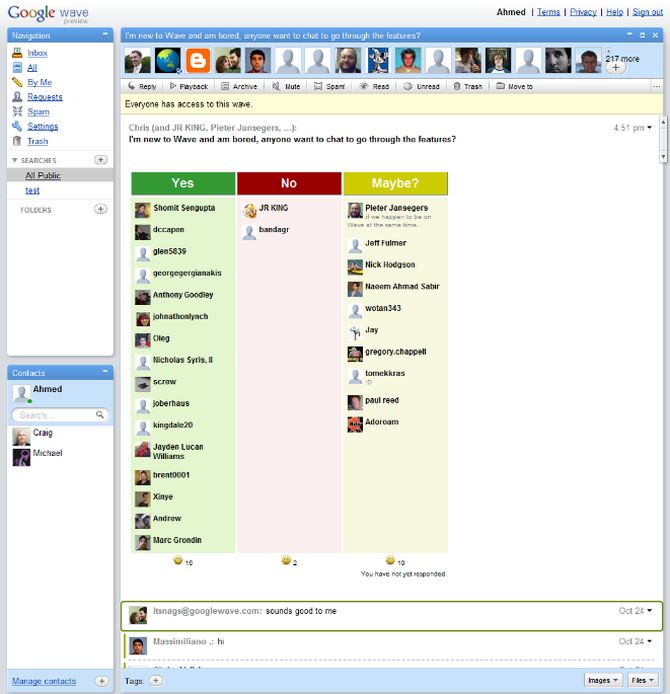 What was it: This application, which received a lot of positive reaction, allowed user to collaborate and on projects. According to description by Google: ‘A 'wave' is equal parts conversation and document, where people can communicate and work together with richly formatted text, photos, videos, maps, and more.’

Why was it discontinued: On its official blog, executive Urs Holzle announced: 'Wave has not seen the user adoption we would have liked. We don’t plan to continue developing Wave as a standalone product, but we will maintain the site at least through the end of the year and extend the technology for use in other Google projects.'

When: The announcement to discontinue came on August 04, 2010 and the service was available until Google Docs was capable of accessing saved waves. This was around April 2012. 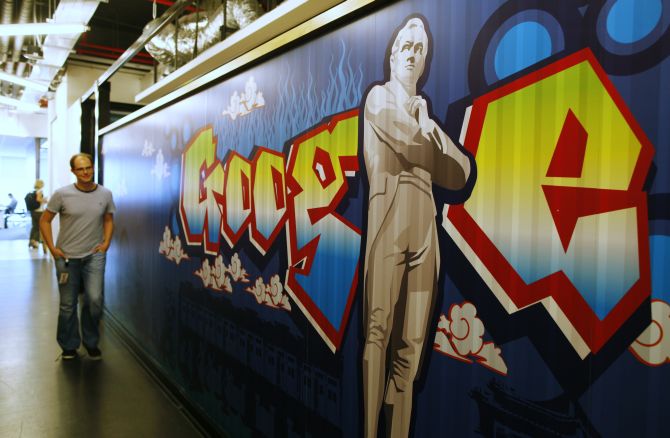 What was it: Google Reader was an RSS/Atom feed aggregator that was developed by its engineer Chris Wetherell and was launched through Google Labs.

Why was it discontinued: It was closed due to declining use. Here’s what the Google’s official blog post says: 'We launched Google Reader in 2005 in an effort to make it easy for people to discover and keep tabs on their favourite websites. While the product has a loyal following, over the years usage has declined.' 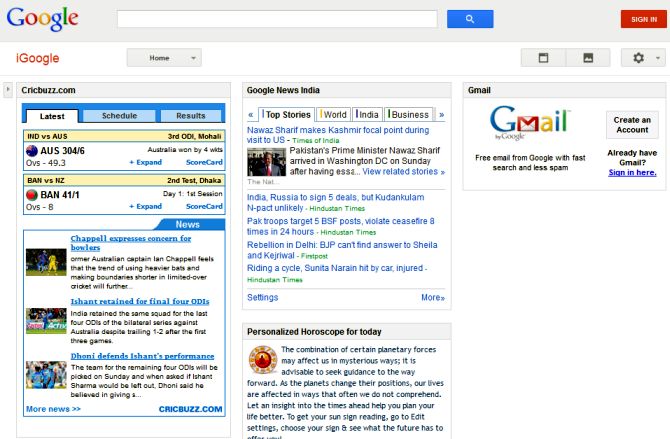 What was it: iGoogle was a personalised homepage. A user could customise the Google homepage with ‘Gadgets’ such as newfeed, Google Chat, countdown timer, daily literary quote, games and so on.

Why was it discontinued: The company felt that the need for a customisable homepage is no longer required. “With modern apps that run on platforms like Chrome and Android, the need for something like iGoogle has eroded over time,” announced the company.

When: The company will retire iGoogle on November 1, 2013. 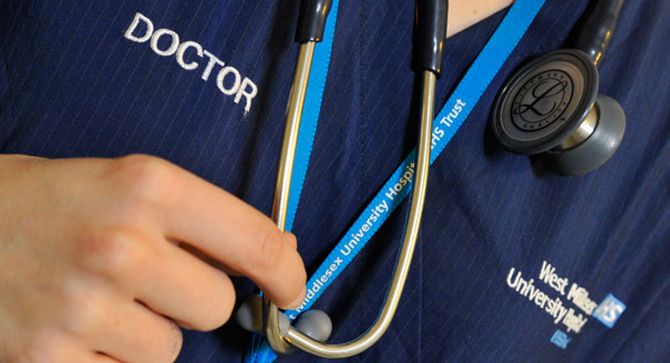 What was it: The service allowed users to keep their health records in a centralised location - either manually or by logging into their accounts at partnered health services providers. The company wanted ‘to create a service that would give people access to their personal health and wellness information.’

Why was it discontinued: According to post on the company’s official blog: 'Now, with a few years of experience, we’ve observed that Google Health is not having the broad impact that we hoped it would. There has been adoption among certain groups of users like tech-savvy patients and their caregivers, and more recently fitness and wellness enthusiasts.'

When: The services were complete shut in January 2013. 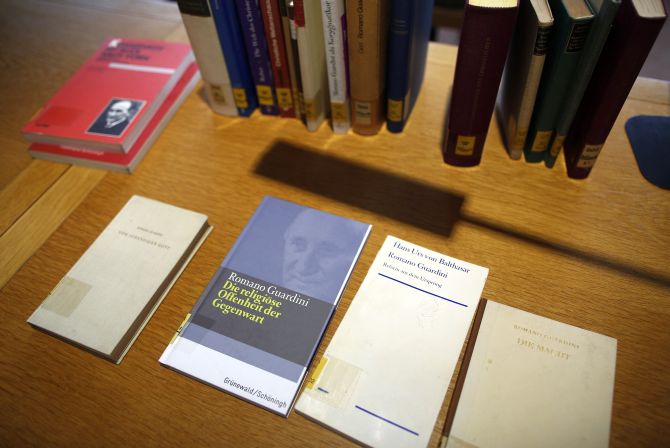 What was it: Knols were authoritative articles about specific topics, written by people who know about those subjects.

According to the company’s post on the official blog: 'Knol was supposed to encourage experts to contribute their knowledge online and make it accessible to everyone.'

Many saw knol as Google’s attempt to compete with Wikipedia.

Why was it discontinued: Google phased out Knol in favour of Annotum. 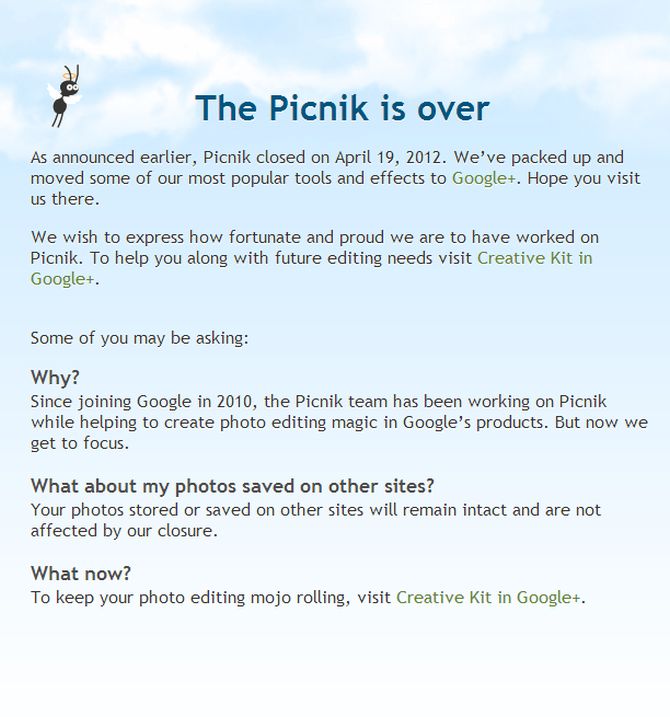 What was it: Picnik was an online photo editing service. Google had acquired it in 2010.

Why was it discontinued: It was discontinued and an app with the same tools was added to Google+. It is called as the Creative Kit. 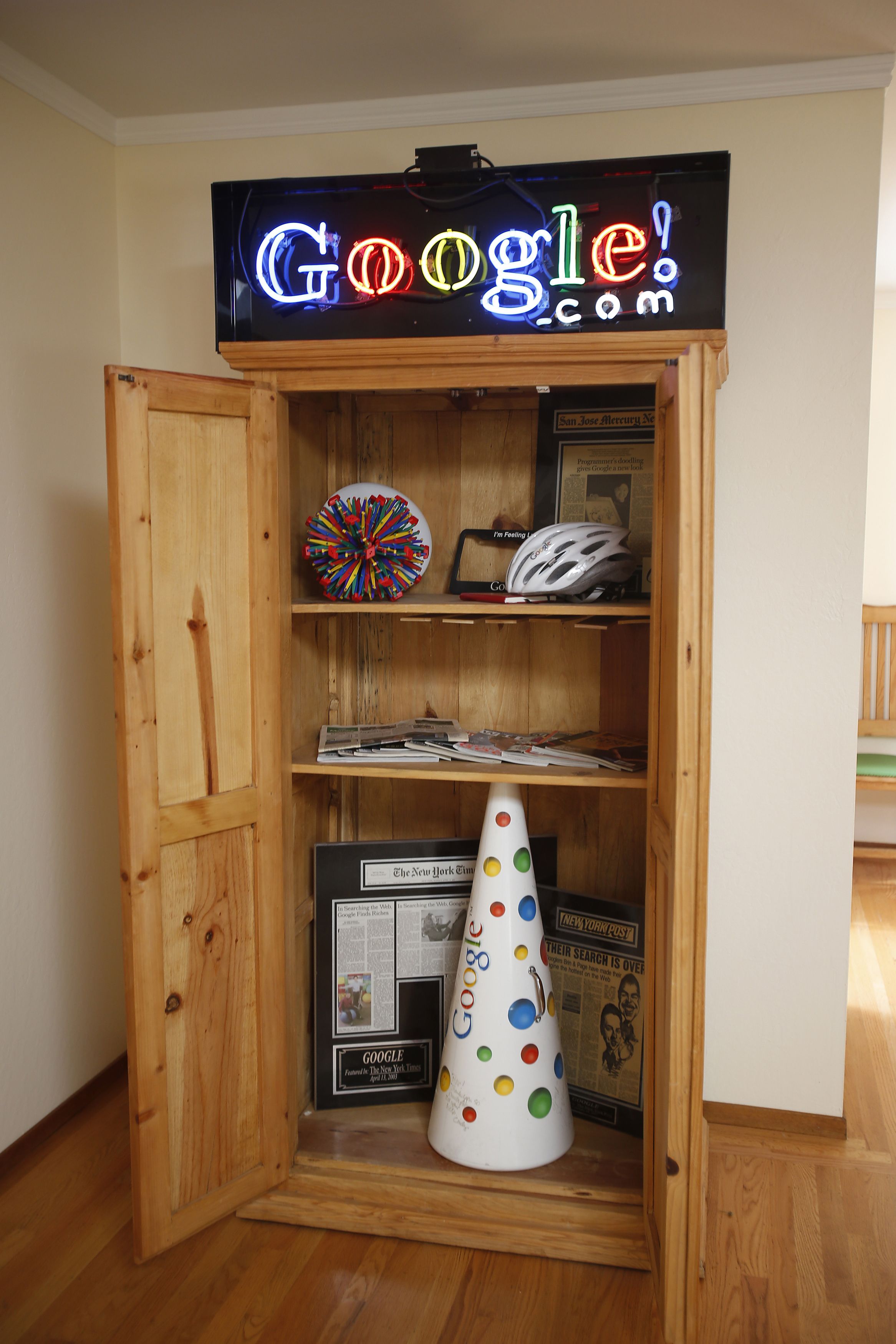 What was it: It was an open video marketplace enabling consumers to buy and rent a wide range of video content from major television networks, professional sports leagues, cable programmers, independent producers and film makers. It was supposed to be an answer to Apple’s iTunes.

Why was it discontinued: The service was unsuccessful and didn’t take off the way Google wanted it. 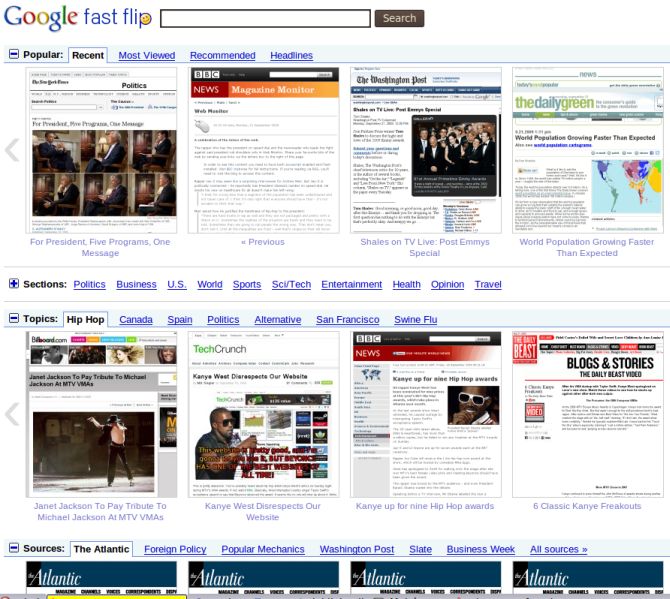 What was it: Google Fast Flip was an online news aggregator. It tried to combine the elements of print and online articles. Like a print magazine, Fast Flip would let user browse sequentially through bundles of recent news, headlines and popular topics, as well as feeds from individual top publishers. Google had tied up with media houses to present the content.

Why was it discontinued: In its post at the official blog, Google did not specify the reason. It just said: “For the past two years, in collaboration with publishers, the Fast Flip experiment has fuelled a new approach to faster, richer content display on the web. This approach will live on in our other display and delivery tools.”

When: The announcement to discontinue the service came in September 2011.