Rajneesh Gupta lists the numbers from the fascinating final day of the Lord's Test. 89 Runs added by Mohammed Shami and Jasprit Bumrah for the ninth wicket without being separated -- India's highest ninth wicket partnership in England, beating the 66-run partnership between Kapil Dev and Madan Lal also at Lord's in 1982.

The 89-run partnership between Shami and Bumrah is also India's highest involving number 9 and 10 batsmen in a Test outside India. Kiran More and Venkatapathy Raju had added 77 runs against Australia at Melbourne in 1991-1992.

8 Number of times India have dismissed both openers for a duck in the same innings. This was the first such instance when India inflicted this fate on England openers.

Both openers getting out for a duck vs India

0 Number of times England suffered the ignominy of losing both the openers for a duck at Lord's before Monday. They had done this with the opponents on three occasions.

311 Number of wickets taken by Ishant Sharma in Test matches, now level with Zaheer Khan. Only Kapil Dev (434) is ahead of him as an Indian seamer.

5 Number of players to bag a King Pair (out first ball in both innings) in a Test against India -- the second from England. Interestingly, Sam Curran is the first player to suffer this fate at Lord's.

37 Number of Tests won by Virat Kohli -- the fourth most by any captain. Virat went past Clive Lloyd's tally of 36 Test wins.

Captains with most Test wins

120 England's total in the second innings -- their lowest ever against an Asian side at Lord's. 33 The highest individual score for England in the second innings (by Joe Root). Jasprit Bumrah alone scored an unbeaten 34 in India's second innings!

1 First time England lost a Test in which Joe Root scored a hundred.

8 India's Test wins in England. Three of them have come at Lord's. 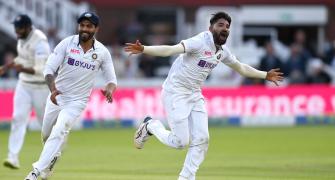 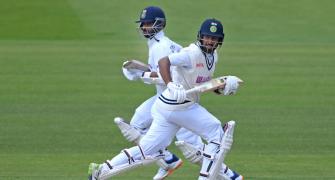