I can't see why Rishabh Pant can't play as a batsman, he is outstanding. Maybe even open the batting with Rohit Sharma: Warne IMAGE: India can now have a dominant time in world cricket. Photograph: BCCI

Spin great Shane Warne feels the young Rishabh Pant can play as a specialist batsman in the Indian ODI team and even backed the talented youngster to open alongside Rohit Sharma.

With India closing in on their final 15 for the World Cup, Pant has got a solid endorsement from Warne.

"There has been talk if Rishabh Pant can play in the side. I think Dhoni and Pant both can play. I can't see why Rishabh Pant can't play as a batsman, he is outstanding. Maybe even open the batting with Rohit Sharma," Warne told India Today.

"I know Shikhar Dhawan does a great job but Rishabh Pant opening the batting with Rohit Sharma could be pretty cool too for India. Go with some of these X-factor type things and tactical battles, where you surprise the opposition," said the Australian legend.

Warne wants India to experiment with their top-order in the upcoming home series against Australia, starting February 24 with the first T20.

"Dhawan may have a role to play somewhere else. But I am really looking forward to seeing what India have because they have a lot of players who can do a lot of roles," said the 49-year-old.

Talking about Indian cricket, Warne said its national team can dominate the world for years.

"I think India can now have a dominant time in world cricket if they can keep their players on the park, the players stay hungry and value the opportunity and be grateful to play Test cricket.

"Yes they can make money from IPL and make a fortune. But if they can keep the hunger up to compete in the highest form of the game, that is tests, they can dominate world cricket for a long time," Warned added. 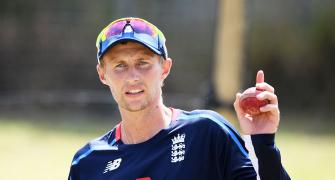 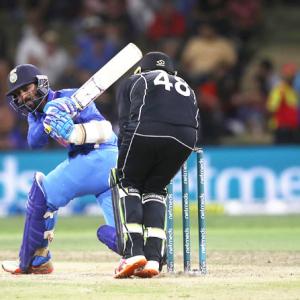