'From a runs point of view, I'm not up to a level where I should be but I've still got a huge role to play as captain to try and make sure I lift these guys up to fight to win the next Test'. 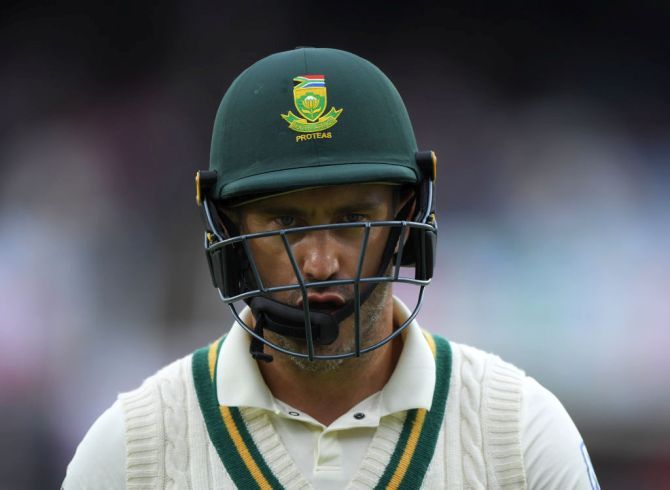 South Africa captain Faf du Plessis said he would not be walking away from his beleaguered team even if he is struggling with his own form and after losing for a seventh time in their last eight Tests.

Du Plessis made it clear he would continue for the last Test against England, which starts in Johannesburg on Friday, and for two away Tests in the West Indies in mid-year and decide on his future after that.

He said he had no thoughts about stepping down immediately, despite much speculation after South Africa were soundly beaten by England in the third Test at Port Elizabeth on Monday, losing by an innings and 53 runs.

England are now 2-1 ahead in the series, while Du Plessis's last nine Test innings have produced just 123 runs. The 35-year-old last scored a century in January 2018 and his average has dropped to 40.23.

"From a runs point of view, I'm not up to a level where I should be but I've still got a huge role to play as captain to try and make sure I lift these guys up to fight to win the next Test," he said.

Du Plessis explained he would not be drawn into an emotional decision and was committed to completing the series against England.

"The worst thing a leader can do is pull the plug mid-series and say, 'sorry boys, I'm out, I've had enough'. That's not what leadership is about, you have to stick through the tough times as well," he said.

"For me it's about trying to be as mentally strong as I can and block out all the noise. Obviously, I've heard a lot of rumours about retirement but I've been pretty clear that I've committed myself to Cricket South Africa until the Twenty20 World Cup (in Australia in October and November)."

Du Plessis said he would then consider whether he continues in Test cricket but did hint he would likely move on and play the limited overs formats only.

Losing yet another Test -- after a 2-0 defeat by Sri Lanka at home last year, then 3-0 away in India and now 2-1 down to England -- was a massive blow, he conceded.

"We made huge strides in that first Test (against England) from a confidence point of view. I felt we turned the corner but now it feels like we've taken a step backwards, especially with our batting.

"England are showing us how to apply yourself, how to get yourself in and how to score big runs. That's the only difference between the two teams at the moment," the South Africa skipper added. 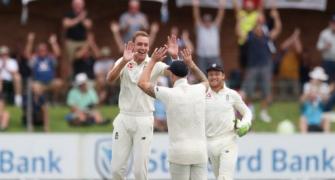 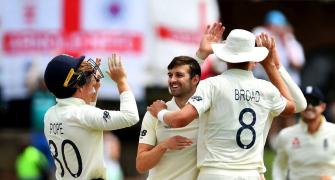 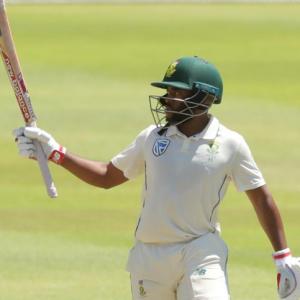