'I can clearly say this that till today MS is the best glovesmen and finisher in India in the shorter formats. The others are still work in progress'

Credits should be given to selectors for bringing Bumrah, Pandya into Test team early, says BCCI chief selector MSK Prasad. 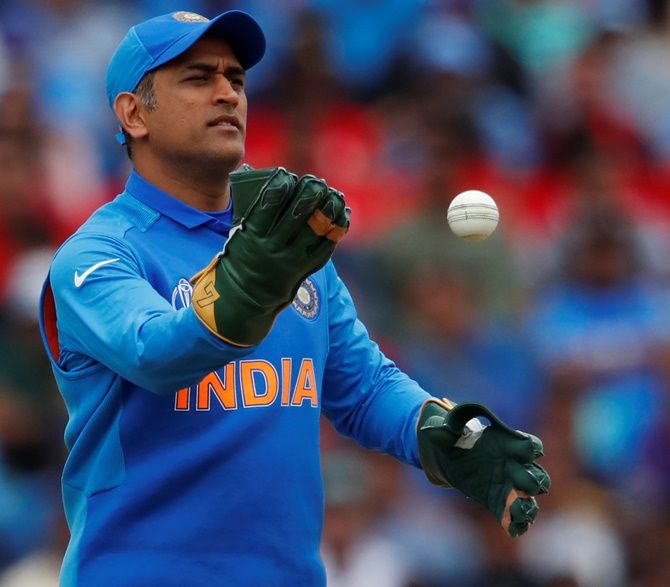 IMAGE: MS was a big strength to this team in the World Cup both as a batsman and keeper, apart from sharing his vast experience with the team and captain while taking on-field decisions. Photograph: Andrew Boyers/Reuters

Jasprit Bumrah's superb performance in the Test arena and making a decent Test player out of a T20 slogger like Hardik Pandya would be the lasting legacy of a selection committee accused of "lacking vision", chairman of selectors MSK Prasad has asserted.

In an exclusive two-part interview with PTI, Prasad spoke about the success of Bumrah and Pandya, who were initially looked upon as T20 specialists, introducing two young wrist spinners in shorter formats and Mahendra Singh Dhoni's place in the current squad.

Excerpts from the interview

Q. What according to you are the key qualities required for a selection committee member?

A. I personally feel that apart from the specified number of games one has represented, honesty, commitment, integrity and confidentiality are the four fundamentals factors needed to be a member of a good selection committee. I am 100 per cent sure that our committee has stood firm on these fundamentals.

Q. Some people went on to criticise this committee saying that you guys lack vision, what do you have to say?

A. I will give you a number of points.

If this committee lacked vision, then how has Jasprit Bumrah, who is predominantly considered a white-ball bowler, eased into Test cricket and he become No.1 Test bowler in ICC rankings?

If we lacked vision, how on earth did Hardik Pandya, who again was initially thought of being a T20 player, was prepared for all-round duties across formats?

Well, this is also the same committee that blooded Kuldeep Yadav and Yuzvendra Chahal when we had other established spinners (Ravichandran Ashwin and Ravindra Jadeja) in the limited overs team.

And so much for our "lack of vision", Rishabh Pant, whom nobody ever thought that could be cut out for longer formats, has been groomed and inducted into Test squad in such a short span of time. We all saw the results in England and Australia -- both with bat and behind the stumps.

Now let's come to the feeder line. See how much progress a Mayank (Agarwal) or a (Hanuma) Vihari has made. Look at our fast bowling strength. Khaleel Ahmed and Navdeep Saini are two of the fastest in India right now.

If this committee lacked vision and blue-print, how are the shadow tours being planned for the senior team through India A? Are these not the results of coordinated efforts by the selection committee along with coaches Ravi Shastri and Rahul Dravid.

Q. Do you feel that in order to fit in MS Dhoni, the selectors compromised on the middle-order balance?

A. Had we won the (World Cup) semi-final (against New Zealand), especially after the collapse we had at the top of the order, then the knocks that Jadeja and MS played would have been hailed as one of the best knocks ever.

I can clearly say this that till today MS is the best glovesmen and finisher in India in the shorter formats. The others are still work in progress. MS was a big strength to this team in the World Cup both as a batsman and keeper, apart from sharing his vast experience with the team and captain while taking on-field decisions.

Q. Will your committee, if given a chance to pick the side for South Africa and Bangladesh home series (provided BCCI elections don't happen in time), allow MS Dhoni to pick and choose matches?

A. I have very clearly said post the selection of the Indian team against West Indies, that we have a plan post World Cup to give as many opportunities as possible to Rishabh and groom him so that he can grow in confidence and perform as per the requirements of the team.

Q. Is the West Indies tour the start of a rebuilding phase looking at 2020 and 2021 seasons?

A. Rebuilding and consolidation is a continuous process.

With regards to our Test team, we have done well in our earlier Test series against Australia in Australia. We are excited and looking forward towards the World Test Championship.

In the shorter formats, we have inducted few youngsters based on their consistent performances at the India A level and we are looking forward to seeing them consolidating their spots in the Team as they will get more number of opportunities from here on.

© Copyright 2021 Reuters Limited. All rights reserved. Republication or redistribution of Reuters content, including by framing or similar means, is expressly prohibited without the prior written consent of Reuters. Reuters shall not be liable for any errors or delays in the content, or for any actions taken in reliance thereon.
Related News: MS Dhoni, Hardik Pandya, MSK Prasad, Jasprit Bumrah, T20
SHARE THIS STORYCOMMENT
Print this article 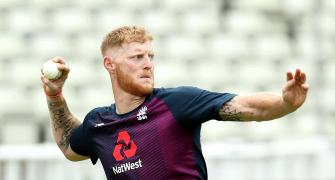 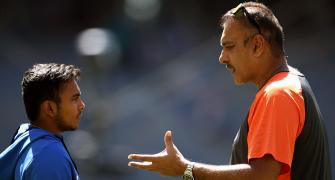 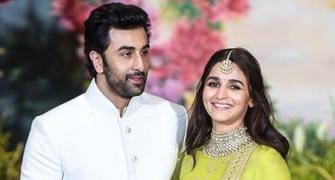 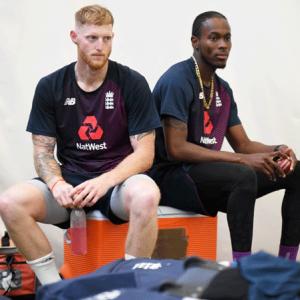