The Supreme Court, on Thursday, refused to accord urgent hearing on a petition seeking postponement of the Indian Premier League-2020 amid the coronavirus scare.

A vacation bench of justices U U Lalit and Aniruddha Bose told the petitioner that he could mention the matter for urgent listing before the regular bench on March 16, when the apex court will re-open after the Holi break.

"This is not a matter which cannot await till re-opening of the court. You can mention it before the regular court on March 16," the bench told advocate Mohan Babu Agarwal, who has filed the petition.

Agarwal told the bench that the Indian Premier League (IPL)-2020 is scheduled to start from March 29 and would continue for almost two months, but no safety measures have been declared to prevent the spread of coronavirus during the matches, which are likely to witness over 40,000 spectators in each match.

"We are sitting in a vacation bench. We will hear those matters which cannot wait. All IPL matches will not start on March 29. You can mention it on March 16," the benchsaid.

The number of coronavirus patients in India has risen to 73 with 13 fresh cases, the Union health ministry said on Thursday.

Agarwal told the apex court that during the IPL, players, commentators and broadcasters from foreign countries which are hit by coronavirus would come to India and there is a possibility of spread of the virus during large gatherings in such matches.

"This IPL is just a domestic professional tournament with no contribution to ICC records and is a private tournament and the risk in the times of Covid-19 (coronavirus) is quite high due to huge crowd gathering including players, staff, cheerleaders etc," the plea said.

"They (BCCI and other concerned authorities) should explain how they are going to deal with the recent threat of Covid-19 and is it not the right time to either postpone or defer the same to future date as the threat is apparent in all probabilities looking into the present scenario," it said, while referring to number of coronavirus cases in several countries and deaths caused due to it.

The plea has arrayed the Centre, ministries of health and law, Board of Control for Cricket in India (BCCI), IPL administration and IPL teams as parties in the matter.

It has sought a direction to the Centre to take 'effective, strong and war footing steps' to curb the outbreak of coronavirus.

The plea has also sought a direction to "either stop, postpone or defer for future dates all such huge programs like IPL etc, avoiding large public gathering for the time being till it (coronavirus) is being controlled".

While seeking a direction to scrap IPL matches, the plea has sought 'appropriate action' against BCCI, IPL administration and teams participating in the tournament for allegedly 'violating the law and undermining the government directives on large public gatherings looking to the recent threat of Covid-19 outbreak in the interest of justice'.

It said the eight teams, which will participate in IPL, will have up to 200 players, including 50-60 foreign cricketers, and 120 support staff who would be directly involved in the matches and there is also a threat as 'autograph seekers come in direct contact and close proximity with players'.

The plea claimed that Japan, which will host 2020 Olympics in Tokyo, has said that the games could be held later in the year and might not start on July 24 as planned due to coronavirus.

It said that worldwide, several sporting events have been postponed amid the spread of coronavirus.

Source: PTI  -  Edited By: Laxmi Negi© Copyright 2021 PTI. All rights reserved. Republication or redistribution of PTI content, including by framing or similar means, is expressly prohibited without the prior written consent.
Related News: IPL, Board of Control for Cricket in India, Mohan Babu Agarwal, Supreme Court, ICC
COMMENT
Print this article 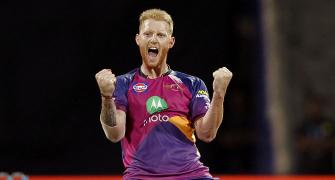 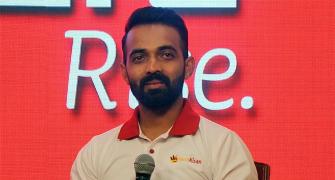 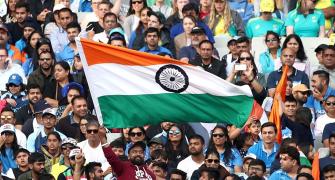 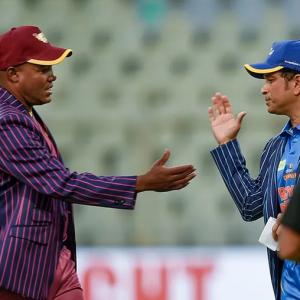 Road Safety matches to be played behind closed doors 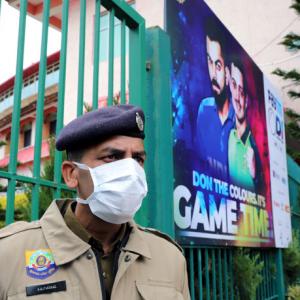