News
Business
Movies
Sports
Cricket
Get Ahead
Money Tips
Shopping
Sign in  |  Create a Rediffmail account
Rediff.com  » Cricket » Dhoni and Co have to come out all guns blazing in series decider 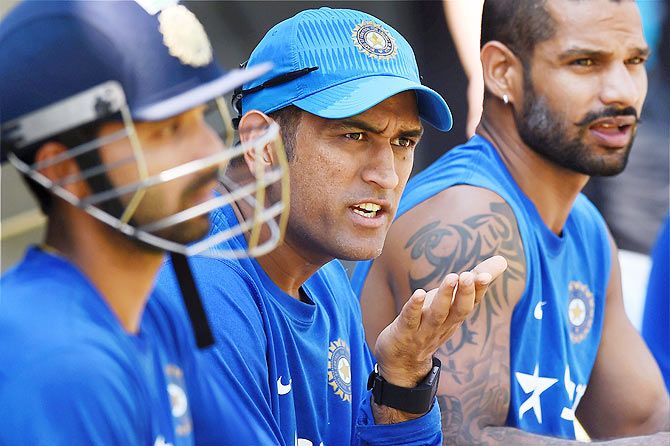 India will look to keep the momentum going when they face South Africa in the series decider in Mumbai on Sunday.

India won the fourth One-dayer in Chennai by 35 runs to level the five-match series 2-2 and considering that the batsmen have hit form, the match at the Wankhede is all theirs for the taking.

Both the teams having enough firepower to clinch the title but the hosts have managed to twice catch up with the tourists and therefore seem hold a very slight advantage going into the last match.

Also, the fact that India have won all three previous contests against South Africa (2 in 1996 and the last one in November, 2005) at the Wankhede Stadium, should give the home team a mental edge.

While both teams have been undone by injuries to key players, India have been able to fill the breach left by the unavailability of top off-spinner Ravichandran Ashwin (after the opening game in Kanpur) more effectively with veteran Harbhajan Singh filling in the gap admirably.

South Africa had lost the services of their key all rounder Jean-Paul Duminy for the last two games due to a hand injury sustained in the third match of the series in Rajkot on October 18. 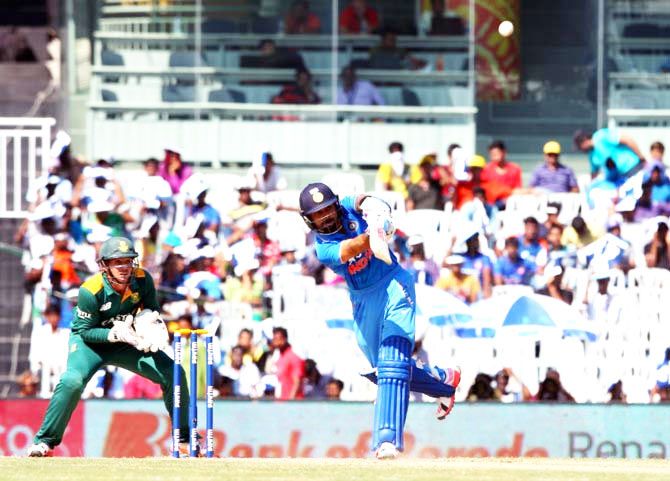 Fast bowler Morne Morkel too sustained a leg injury while turning in a match-winning performance of 4 for 39 in Rajkot and his absence in Chennai also hurt the visitors badly.

But Morkel is unlikely to feature in the final game as the visitors will want him fit and running for the Test matches starting November 5 in Mohali.

The return to top form of Virat Kohli, who struck a fine half century (77) in vain in the third match and then made a brilliant 140-ball 138 in his flamboyant fashion at Chennai bodes well for the hosts.

Kohli, Rohit Sharma, who too is in good nick with 239 runs in his kitty, and the steady Ajinkya Rahane have been the fulcrum around which the Indian batting has revolved.

Captain Mahendra Singh Dhoni has also been among the runs (185 from 4 games at 61.66 per innings) and the half century (53) by Suresh Raina in Chennai after his string of two ducks earlier in the rubber should be the much-needed boost ahead of the needle contest.

The woeful form of left-handed opener Shikhar Dhawan, however, is a cause for worry. 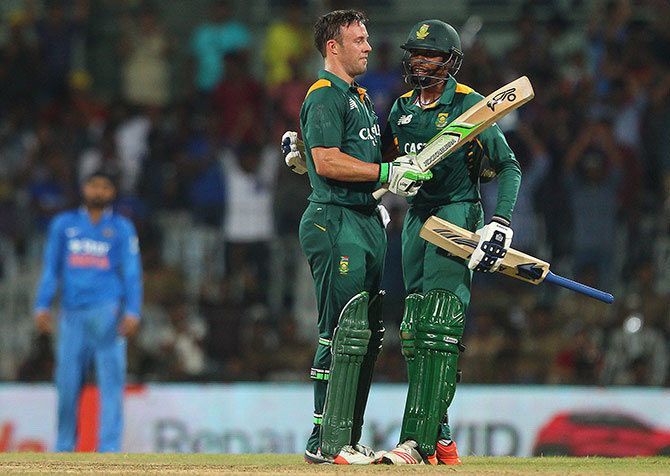 But India seem to have far less batting woes than the visitors for whom two top order batsmen  -- Hashim Amla and David Miller -- are yet to show what they are capable of.

The form of Amla, a good player of spin bowling on Indian wickets, has been abominable (66 runs in 4 games with 37 as his best).

The left-handed Miller -- who was promoted to open the innings at Chennai -- has been equally frugal in gathering just 52 runs with 33 in the fourth game as his top score.

The visitors would be hoping these two key members would buckle up and hit the ground running in the winners-take-all match.

Captain AB de Villiers has led from the front with his brilliant batting and the way he single-handedly kept SA in  the hunt in the fourth match at Chennai while chasing an imposing 300 target with a top-class hundred must have given the tourists the ideal pep-up before the finale.

De Villiers has handled the Indian spin trio very well, by even using his reverse-hit shots to damning effect, and would hope the other batsmen follow his footsteps in tackling this major threat for his team's chances.

India, as they did in Chennai, are expected to field all three slow bowlers – Harbhajan (5 wickets in 3 games), Axar Patel (5 in 3) and Amit Mishra (4 in 3) – and how effectively they put the skids on the South African batsmen in the middle overs would be one of the important phases of the match. 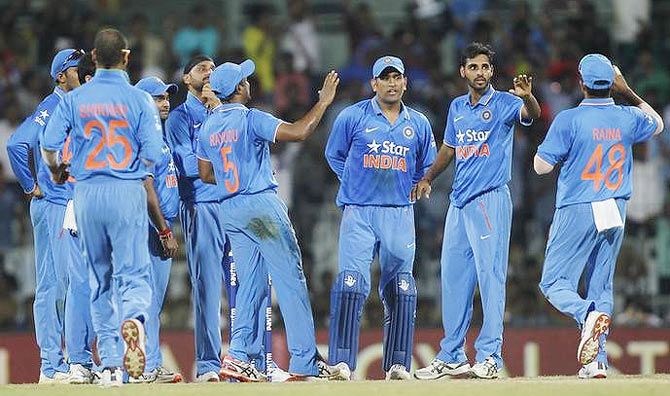 The Indian medium pace attack has not been on top with Mohit Sharma, with his ability to bowl his slower balls effectively with a cross-seam hold or back of hand bowling, being the best of the lot while Bhuvneshwar Kumar has been expensive.

Srinath Aravind has been included for the last two games and the Dhoni could be tempted to use the left-armer, who can bowl fast as well as slow stuff.

The South African spin attack led by leggie Imran Tahir has not been as effective as their Indian counterparts, and the visitors might be inclined to bring in Dean Elgar, the left-arm slow bowler brought in as a replacement for Duminy, for the all-important match.

On the other hand the lanky Aaron Phangiso, who got a chance to play in Chennai, did a decent job with his left hand slow stuff and could be retained. But the absence of Duminy has upset the team balance.